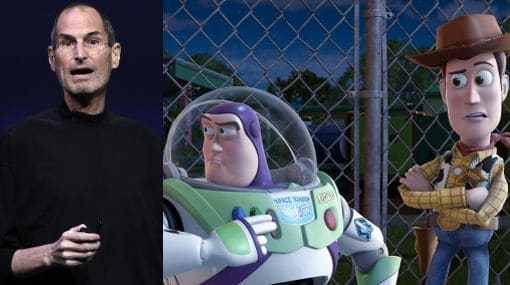 2. Famous Faces Behind The Scenes

Toy Story was a first for many Disney figures, including John Lasseter and Pete Docter. But Toy Story also had help from two other famous names. Steve Jobs, founder of Apple and Macintosh, has an executive producing credit in the opening scene of the film. Appropriate, since this was the first computer animated film. A technology icon would most certainly be welcome to the list of creative filmmakers. Joss Wheadon, known for his work on Buffy the Vampire Slayer and The Avengers, was one of the writers for the film. His influence can certainly be felt in the science-fiction elements of Buzz Lightyear, and the smartly-written banter between him and Woody. Both of these great minds helped pioneer the way animated movies are made today, and have left their marks in the annuals of Disney and animation history.