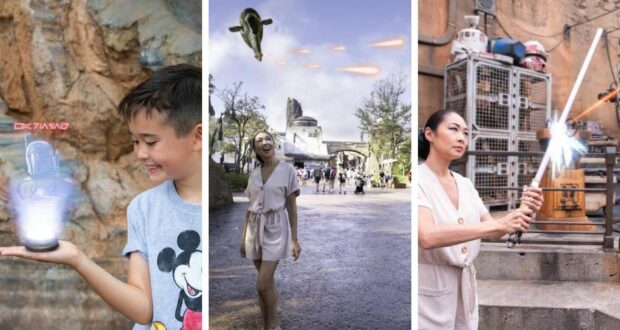 Unique ‘May the Fourth’ Photo Ops Come to Disney

Disney has been making good use of its PhotoPass service by adding special PhotoPass Magic Shots for Walt Disney World Resort Guests during special occasions like Earth Week (or to celebrate certain movies, like the 2021 Oscar-winning animated movie Encanto), and this pattern is continuing on Star Wars Day as Hollywood Studio adds four brand-new photo opportunities in Star Wars: Galaxy’s Edge!

May the 4th, aka Star Wars Day, is a popular holiday for fans of the Star Wars characters, galaxies, and franchise. The name of the holiday is a play on the phrase “May the Force be with you”, and, obviously, it takes place on May 4 each year. However, the four new photo ops that are coming to Disney’s Hollywood Studios will be available after May 4 in the Disney Park in Walt Disney World Resort, so don’t worry if you’re a Star Wars fan who can’t make it to Disney World on that exact day in 2022!

According to the Disney Parks Blog, Disney PhotoPass Service’s four photo opportunities for May 4 start with a bounty hunt option. Certain Disney PhotoPass photographers within Batuu might, apparently, “offer you a holopuck that can reveal the details of your next bounty”. Take a look at a preview of the Magic Shot you’d get below! If being a Jedi in training is your ultimate fantasy, then you’ll want to make the “training droid Magic Shot” a priority on your Disney vacation. Obi-Wan Kenobi would be proud! You can also have a cool nighttime Magic Shot photo taken by Batuu photographers across from the place known as Oga’s Cantina. Be sure to request the lightsaber that is a “replica of Mace Windu’s purple lightsaber”! For a more general Star Wars photo that feels less like cosplay, head to the Droid Depot for a Magic Shot that features Boba Fett’s ship in the sky behind you. This is a perfect option for any Star Wars fans or Book of Boba Fett fans who want a more subtle photo to frame! Are you celebrating Star Wars day?