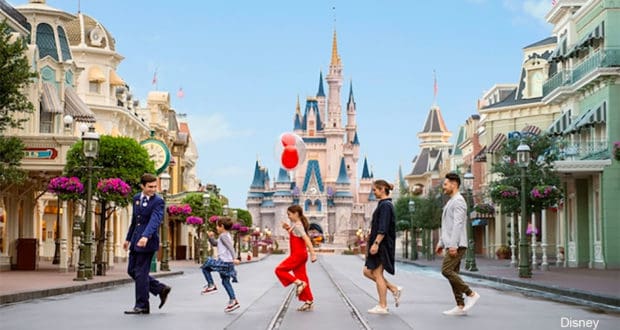 VIP Tours You Can Take At Walt Disney World Resort

If you’re looking for a way to spice up your Walt Disney World vacation or add a bit of extra fun to your trip, look no further than taking one of the many VIP tours Disney World has to offer. VIP tours are a great way to get an exclusive look at the ins and outs of the theme parks and add a little something extra to your vacation. Here are a range of VIP tour picks for you and your party to enjoy!

Have you ever wanted to get a better look at the vast safari located in the Animal Kingdom? Look no further than the Wild Africa Trek! This private VIP expedition tour is offered both in the morning and mid-day. You and your party will embark on a three hour trek through the Safari, over a rope bridge, and the savanna – allowing your guests to get a better look at the animals. The tour includes gourmet African-inspired snacks, complimentary photo services, and even a complimentary souvenir.

Behind the Seeds Tour

Have you ever wanted to jump out of the boat while on Living With the Land to get a better look at the vegetables and flowers in Epcot? Well, please refrain from doing so. However, if you really want to get a better idea of how the innovative agricultural system works, the Behind the Seeds Tour is perfect for you. You and your party will visit four greenhouses and learn about all the latest in plant growing techniques.

Disney’s Keys to the Kingdom Tour

Want an in-depth look at the Magic Kingdom? The five-hour walking tour of the Magic Kingdom park will let you and your party get an inside look into legendary hidden areas, including access to the famed underground tunnels under the park. A lunch is included in your tour along with an exclusive keepsake item.

Are you a food lover? Do you go to the Magic Kingdom just for the treats? Well take on the Taste of Magic Kingdom tour for a three-hour look into the magic behind the meals. You and your party will get access to backstage kitchens, hear from chefs, and taste some of the most beloved menu items at the parks. You and your party will even be able to sample a food item that is still in the development stage, helping pave the way for a new era of food at the Walt Disney World.

Want to do as much Disney in a day as you can? This seven hour tour is for you. You’ll start the day at the Magic Kingdom, where you will get fast access to the parks most popular rides. Following a lunch included in your VIP tour, you’ll head over to Epcot to ride on Soarin’. Lastly, the tour will end in Hollywood Studios, where you will get another adrenaline rush on the park’s most in-demand attractions.

These options are just a selection of the plethora of fabulous and exclusive Disney VIP Tours you can choose from. You won’t be disappointed in spending a little extra dough on memories that will last a lifetime.