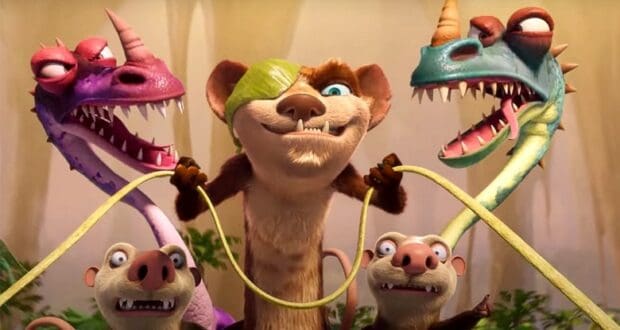 The newest animated film in the Ice Age franchise is coming to Disney+ later this month! The Ice Age Adventures of Buck Wild (2022) will premiere on January 28, 2022 exclusively on Disney+.

Watch the new trailer just released by Walt Disney Studios ahead of the film’s debut below:

The Ice Age Adventures of Buck Wild follows characters fans may remember from previous Ice Age films and introduces new characters into the incredibly popular kid-friendly movie franchise. The film focuses on sibling possums named Crash and Eddie as they set off on a brand new adventure to create a home of their own. Only a short way into their journey, the two find themselves trapped underneath the ice in a cave inhabited by none other than dinosaurs! Following a swift rescue by a weasel named Buck Wild, the group heads out on a new adventure: To save the Lost World from domination by the dinosaurs. 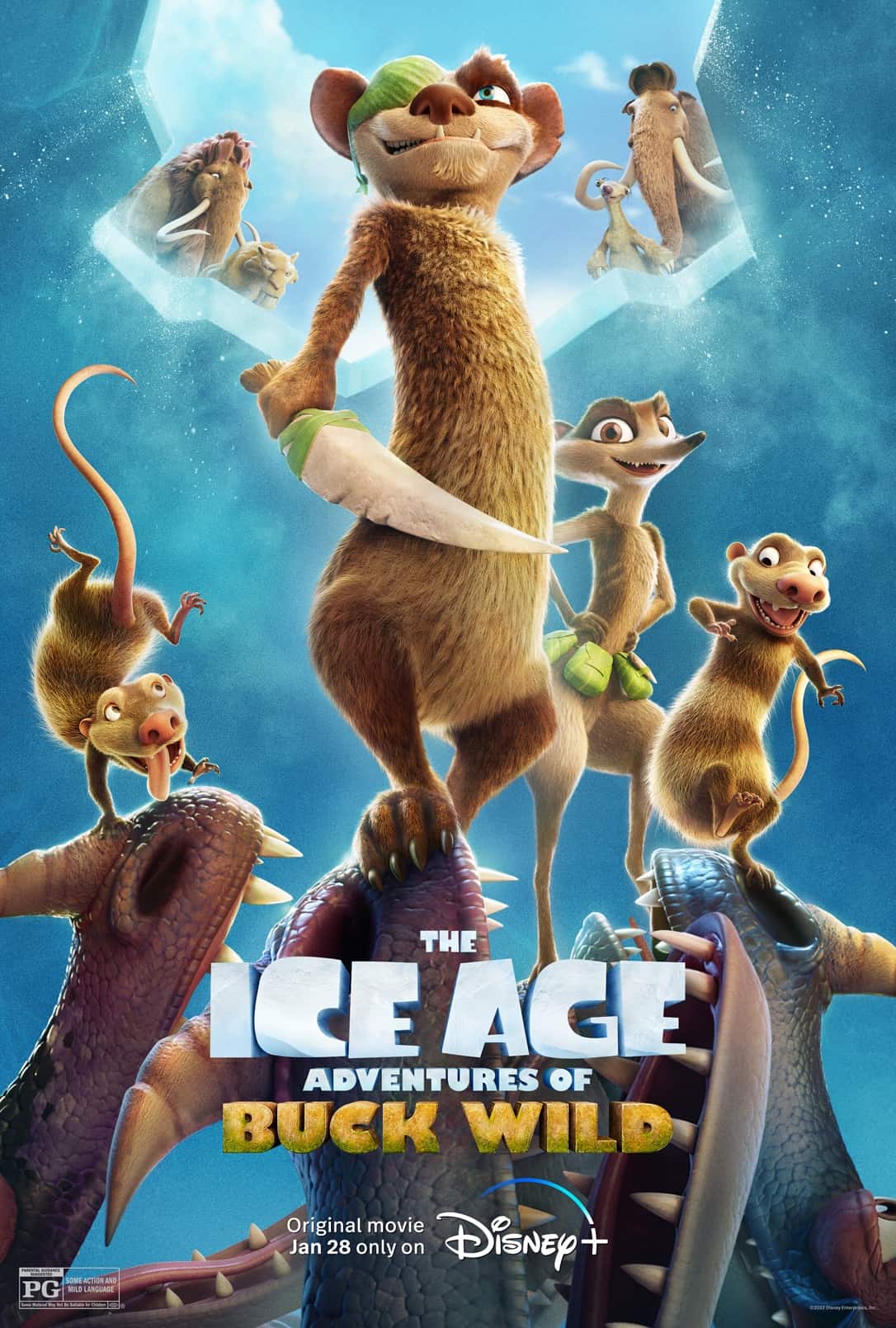 A number of talented actors led their voices to the latest Ice Age film, including Simon Pegg, Utkarsh Ambudkar, Justina Machado, Vincent Tong, and Aaron Harris. The Ice Age Adventures of Buck Wild is directed by John C. Donkin (the producer behind the previous, and very popular film within the series, Ice Age: Continental Drift) and is written by Jim Hecht, known for his work on Ice Age: The Meltdown, along with Ray DeLaurentis of Fairy Odd Parents fame and Will Schifrin (Bunsen Is a Beast).

The story for the film was created by Jim Hecht, and experienced creator on the Ice Age franchise Lori Forte is on the team as an executive producer for the film. 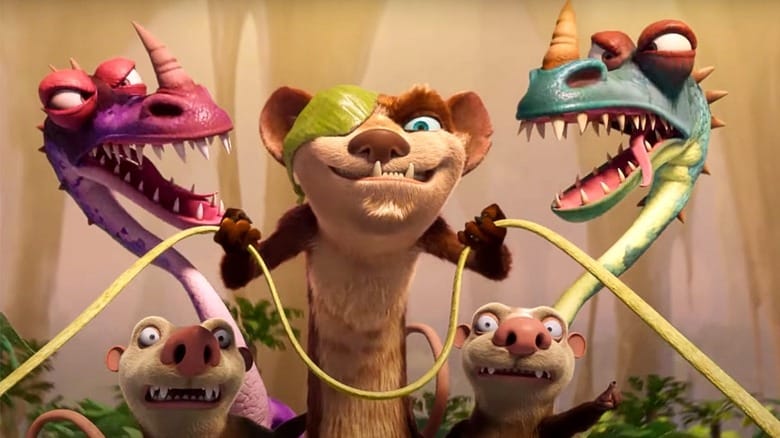 In addition to new content like The Ice Age Adventures of Buck Wild, the full Ice Age collection, made up of the five preceding films and two made for TV specials, is currently available to stream from compatible devices on Disney+.