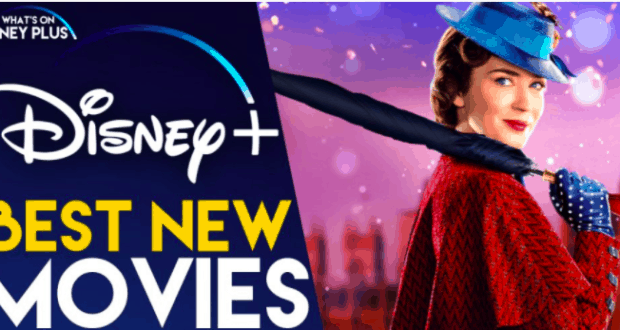 Watch These Movies in January On Disney+

As we start a new month, new shows and movies are being added to Disney+. If you are looking for what to watch during these winter months, we have some great options for you on Disney+.

Dr. Seuss’ Horton Hears a Who!

This Blue Sky Studios animated film tells the story of Horton, who is an elephant that must dodge his pesky neighbours and find a safe place to keep the dust speck, which contains a microscopic community of creatures known as The Whos.  It’s also set in the same universe as the Grinch.

Horton Hears A Who arrived on Disney+ on Friday January 1st.

The 20th Century Studios movie returns to Disney+ in the US this month.  The Wolverine returns to face his ultimate nemesis in an action packed battle that takes him to modern day Japan; an epic fight that will change him forever.  More Hugh Jackman is never a bad thing. The Wolverine arrived on Disney+ on Friday January 1st.

A soft-hearted bull, Ferdinand, escapes from Casa del Toro after his father does not return from the bullfight. However, due to a turn of events, he is taken back to the place he escaped from.  This is another addition onto Disney+ from Blue Sky Studios and the bull is played by former WWE champion John Cena.

Now an adult with three children, bank teller Michael Banks learns that his house will be repossessed in five days unless he can pay back a loan. His only hope is to find a missing certificate that shows proof of valuable shares that his father left him years earlier. Just as all seems lost, Michael and his sister receive the surprise of a lifetime when Mary Poppins — the beloved nanny from their childhood — arrives to save the day and take the Banks family on a magical, fun-filled adventure.   While it might not be a touch on the original movie (which you’ll find on Disney+), you should never judge a book by its cover. Coming to Disney+ on Friday January 15th.

This animated feature from Searchlight Pictures is a bit different to your usual film.  When, by executive decree, all the canine pets of Megasaki City are exiled to a vast garbage-dump called Trash Island, 12-year-old Atari sets off alone in a miniature Junior-Turbo Prop and flies across the river in search of his bodyguard-dog, Spots. There, with the assistance of a pack of newly-found mongrel friends, he begins an epic journey that will decide the fate and future of the entire Prefecture.

Isle Of Dogs is coming to Disney+ on Friday 15th January.

When Mary, a 17-year-old teenager, shrinks in size, she discovers a world inhabited by strange creatures. Soon, she finds herself reluctantly pulled into a battle between good and evil forces.  Think of this as an animated mix of “Honey, I Shrunk The Kids” and “Avatar”. Epic is coming to Disney+ on Friday January 29th.

Which of these films are you excited to watch this month?