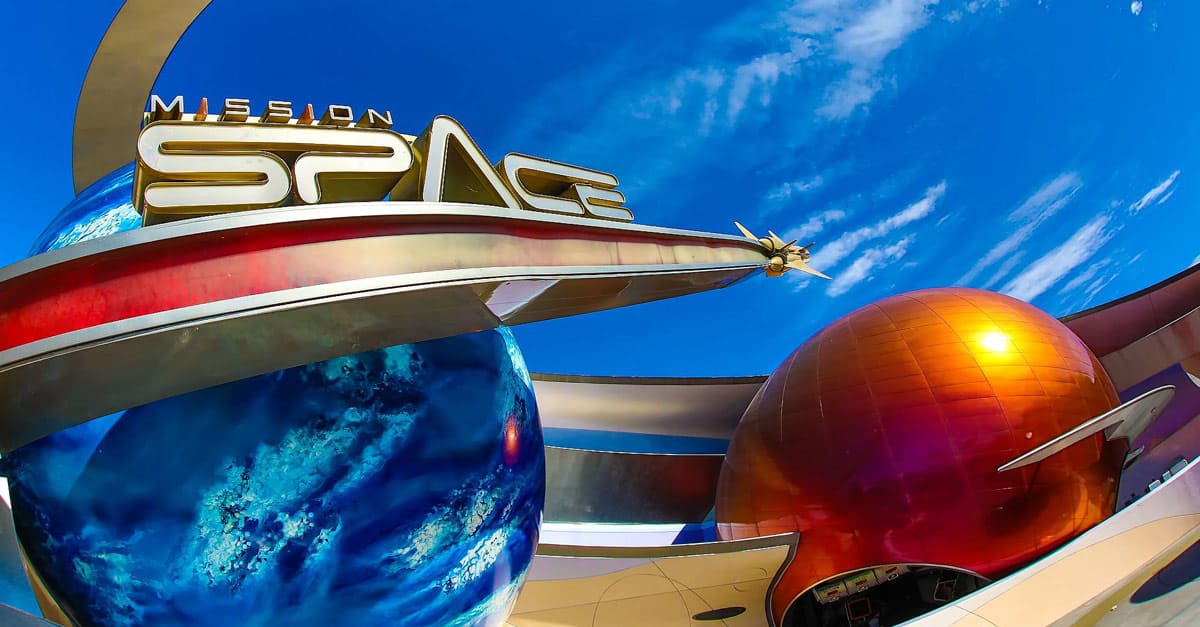 This thrilling experience is not for the faint of heart. Or for the claustrophobic! Mission: SPACEisn’t a new attraction, but its recent upgrades rendered some changes in the experience itself, as well as in lightening height restrictions formerly in place. This very popular attraction allows Guests to feel a simulated lift-off with views of Earth from space. The simulation gives Guests the feeling equivalent to 2.5G, which is more than two times the force of gravity on the earth’s surface—that would be like multiplying your weight by 2.5! Before its refurbishment, Guests who wished to experience Mission: SPACE had to be at least 44 inches tall. This made it impossible for all family members to enjoy the experience if smaller children were in the traveling party. The new family-friendlier version of the attraction opened in late 2017 and now allows Guests 40 inches and taller to enjoy it, thanks to new booster seats in the attraction.