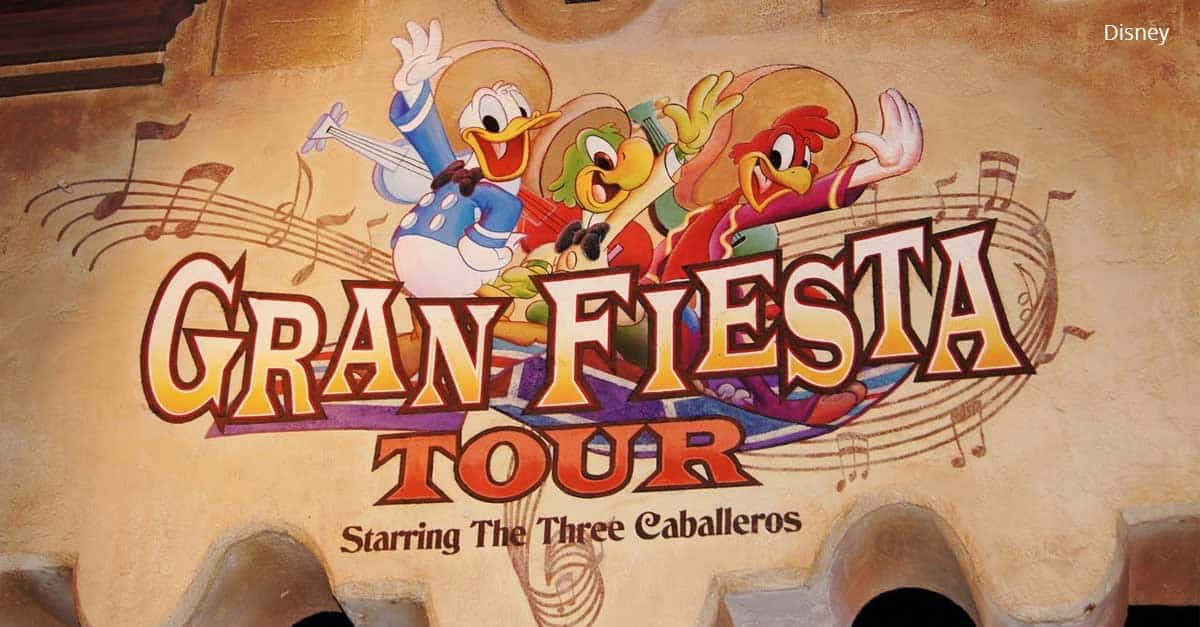 This ride is one of only two rides on the World Showcase and is housed inside the Mexican pyramid in the Mexico pavilion. It opened on April 6, 2007, replacing the El Rio del Tiempoattraction. It is a dark boat ride that takes Guests on a slow tour of Mexico, but this is no ordinary tour. The Three Caballeros—Donald Duck, Panchito Pistoles and Jose Carioca—play roles in this attraction. Before Guests board a boat for the tour, they notice posters that announce an upcoming concert with the Three Caballeros. The ride begins with Guests stepping into a boat with several rows in it, almost identical to the boats used in the It’s A Small Worldattraction in Fantasyland at Magic Kingdom. The first sights are a huge Mayan pyramid and an “active” volcano in the distance. Then the boat moves around the corner to the left, and Guests are thrilled with brilliant colors and festive music—both native to the country of Mexico. Panchito and Jose introduce themselves, only to find that Donald is missing. They begin a frantic search for Donald, while Guests enjoy scenes of Donald scuba-diving, swimming, parasailing and more in different places around Mexico. Small animatronics like those used in the Small Worldattraction are used in this ride, and there are even fireworks in the night sky! The ride ends after Panchito and Jose finally find Donald, and the Three Caballeros begin their concert on stage!