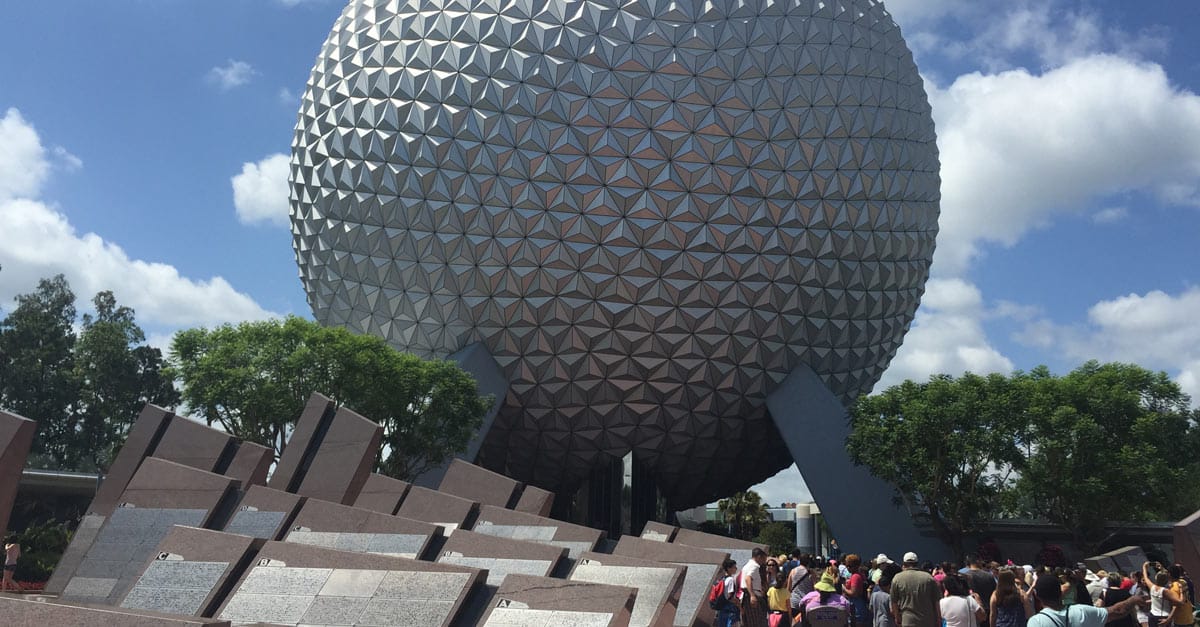 This giant silver geodesic sphere has stood as EPCOT’s iconic symbol since the park first opened on October 1, 1982. It stands seven feet shorter than its Magic Kingdom counterpart, Cinderella Castle and serves as a beacon to parkgoers—calling on them to take a closer look at not only the outside of the sphere, but at what’s inside as well. There’s more to Spaceship Earth than could ever meet the eye. After all, the design and construction of Spaceship Earth were nothing short of engineering marvels and architectural feats, and you’re missing out if you’ve never enjoyed the attraction inside the iconic “golf ball.”

The attraction hosts Guests in omnimover “time machine” vehicles on a 14-minute journey through time and looks at the development and progress of communication. The time machines begin the ride by going back in time some 40,000 years to the Stone Age. Natives are trying to wrangle a giant woolly mammoth in the first scene, and the last scene takes place in the present-day Age of Information. Learn how ancient peoples played roles in creating the alphabet, how they used languages and how they shared information. In the latter half of the journey, Guests see a young man working in his garage on the creation of what will later be called a “computer”—clearly a nod to Steve Jobs whose contribution to the human race remains unrivaled and unforgettable.

Guests also see a mainframe computer that takes up an entire room and hear Astronaut Neil Armstrong’s famous words from the moon. The entire ride is an ascension to the top of the structure of Spaceship Earth, and before your descent, you will see a beautiful view of planet Earth from afar. The attraction is both interesting and educational. Don’t leave this one off your EPCOT touring plan. FastPass+ is offered but not necessary if you wait to enjoy the experience early in the evening when much of EPCOT’s foot traffic is concentrated deeper into the park.