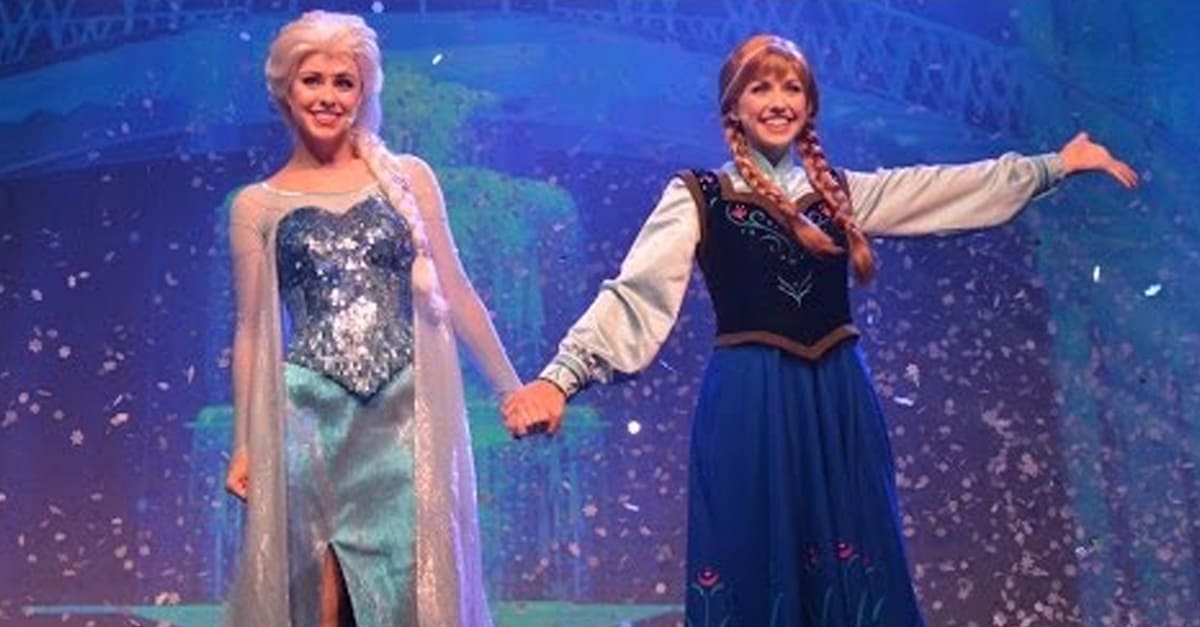 6. “For the First Time in Forever”: A FrozenSing-Along

This attraction was designed with Frozenfans in mind, but you don’t have to be obsessed with the feature film to enjoy and appreciate the humor and community sing you’ll experience when you step into the Hyperion Theater at Echo Lake! Join Anna, Elsa and Kristoff—and even some new friends—two of Arendelle’s royal historians, who double as master storytellers. The story of Frozenis told in an interactive and comical way. Scenes from the hit feature film are shown on a huge screen, and the lyrics to some of the most iconic songs from the movie are also shown on the screen. The audience is encouraged to sing along, and it’s wonderful to watch small children singing their hearts out! It’s even more wonderful to see their parents joining in—they know the lyrics as well as their children (thank you Disney!). Even if you think you’ve seen the feature film enough times already, you’ll want to experience “For the First Time in Forever.” It tells the Frozentale in a way the feature film does not. The show concludes with a dynamic surprise from Queen Elsa—one you’re not expecting—but we won’t spoil it for you here. Just make sure this attraction is on your bucket list for your next visit to Disney’s Hollywood Studios.