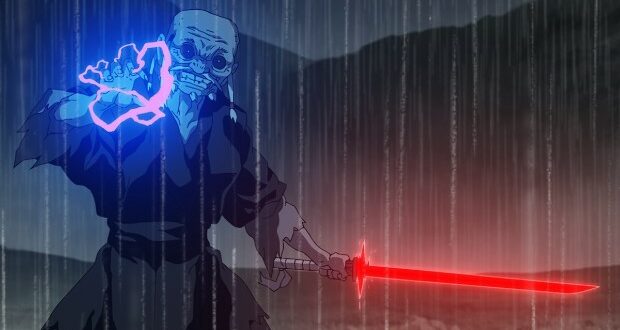 What Shocking Moments Fans Can Expect From ‘Star Wars: Visions’

It’s hard to believe there was ever a time when Star Wars wasn’t churning out new material. Sure, certain forms of media from the faraway galaxy have never really stopped, such as books, graphic novels, and video games. Still, Star Wars has actually gone through more than one hiatus since its inception in 1977.

The first was the period between Return of the Jedi in 1983 and The Phantom Menace in 1999, and the second was after the prequel trilogy ended in 2004, with four years before the animated show Star Wars: The Clone Wars would enter our lives. 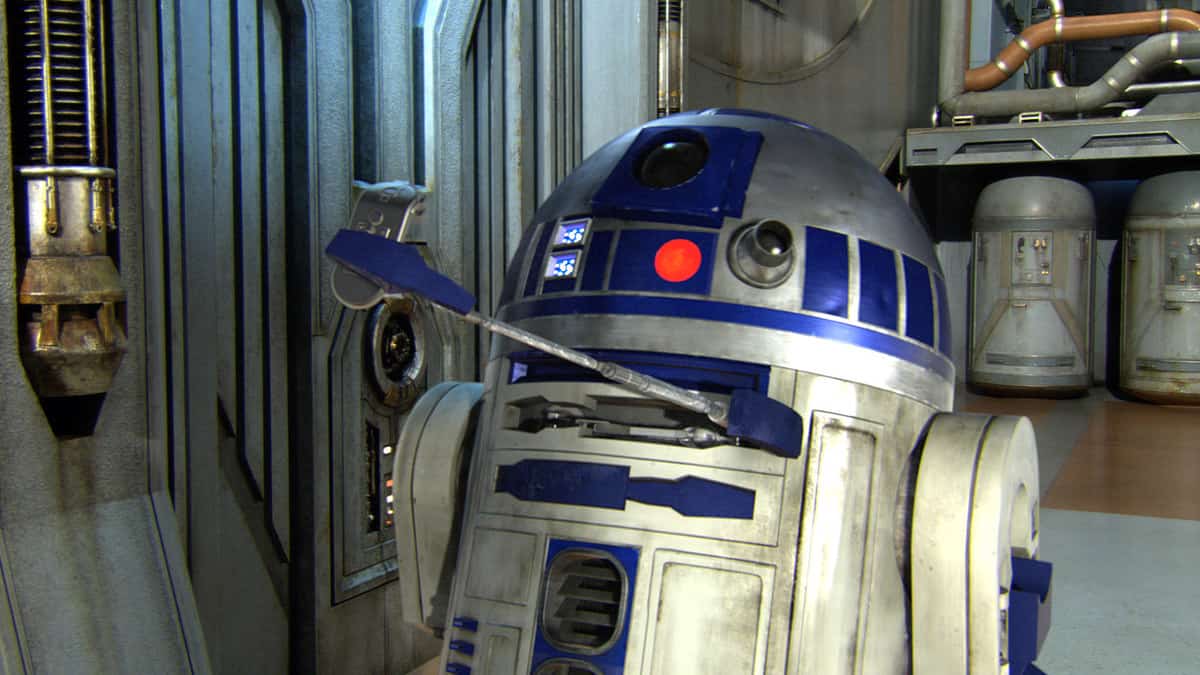 And who could have ever predicted that Star Wars in animation would make a comeback? A long time ago (in the ‘80s), we enjoyed the likes of Ewoks and Droids; however, looking back, they really weren’t all that great. But since The Clone Wars debuted in 2008, which lasted for seven long seasons, we’ve also had Star Wars: Rebels and, more recently, Star Wars: The Bad Batch. Now, we have yet another animated show around the corner, but Star Wars: Visions is not what you might expect it to be. Feeling unprepared for its September 22 release? This is the way…

Star Wars: Visions will be made up of nine episodes – not to be confused with the nine episodes of The Skywalker Saga. The names of each episode have been revealed as the following: “The Duel,” “Lop and Ocho, “Tatooine Rhapsody,” “The Twins,” “The Elder,” “The Village Bride,” “Akakiri,” “T0-B1” and “The Ninth Jedi.” Not much is known about each episode, though some information was revealed in a special look teaser released a couple of months ago, including what genres the series experiments with and some minor plot details and character snapshots. 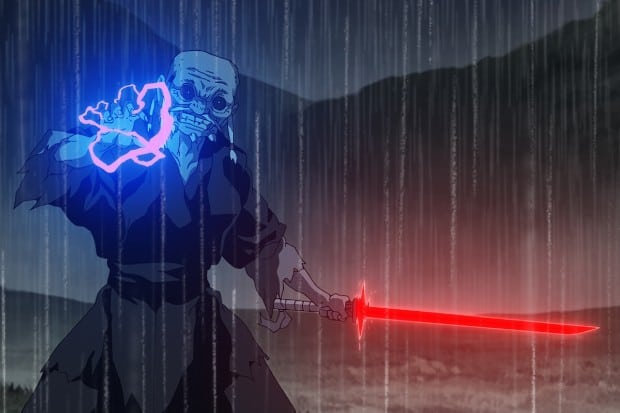 Another unique element to this show is its anthology series, which means that not one of the nine episodes will be connected to one another, with entirely independent stories and characters. This is the first time an anthology series has ever been introduced to Star Wars, and though we don’t yet know how long each episode will be, they’ll likely be viewed as ‘short films,’ seeing as they will have no relationship with any other. With that said, we may be surprised, especially with only six studios behind nine episodes.

Unlike every other Star Wars TV show, whether animated or live-action, Star Wars: Visions won’t follow the established Star Wars canon. While this hasn’t been explicitly confirmed, what has been made clear is that Disney and Lucasfilm have given the studios free rein to do tell their own stories so that their imaginations aren’t burdened by existing lore. This translates into that each episode will be free to do as it pleases, though it is possible that, with the creators being huge Star Wars fans, they may, to some extent, honor readily established characters and stories. 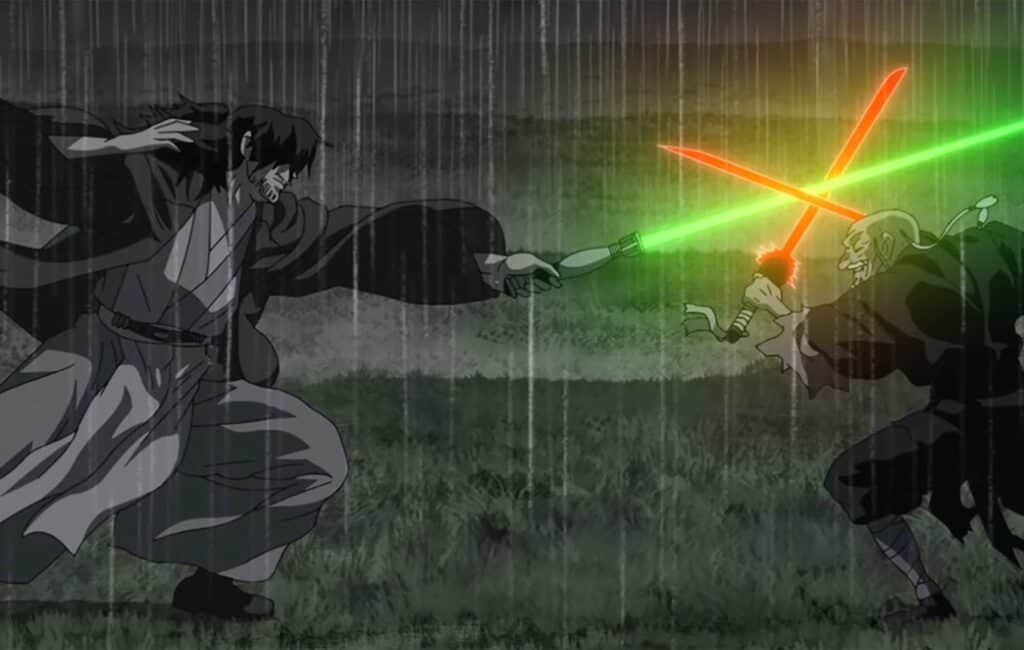 For the first time ever, stories from the faraway galaxy will be told in stunning anime. Created by six different Japanese animation studios: Kamikaze Douga, Twin Engine, Trigger, Kinema Citrus, Production I.G., and Science SARU. If you’re not a fan of anime, you’ve probably never heard of them, but they’re among the most prestigious anime studios in the world. Disney and Lucasfilm have carefully selected them to bring their own flavor and style to the Star Wars universe. And looking at the striking new trailer for Star Wars: Visions, this is plain to see.

While some episodes may not place themselves at any known point along the established Star Wars timeline, there are a few whose points have been revealed: “Lop and Ocho” is set during the time of the Empire, between Revenge of the Sith and A New Hope; “The Elder” will find itself set “sometime before” The Phantom Menace, which will be the furthest back we’ve been in either live-action or animation; and “The Twins” and “The Ninth Jedi” will take place after The Rise of Skywalker, a period which has never really been explored before. 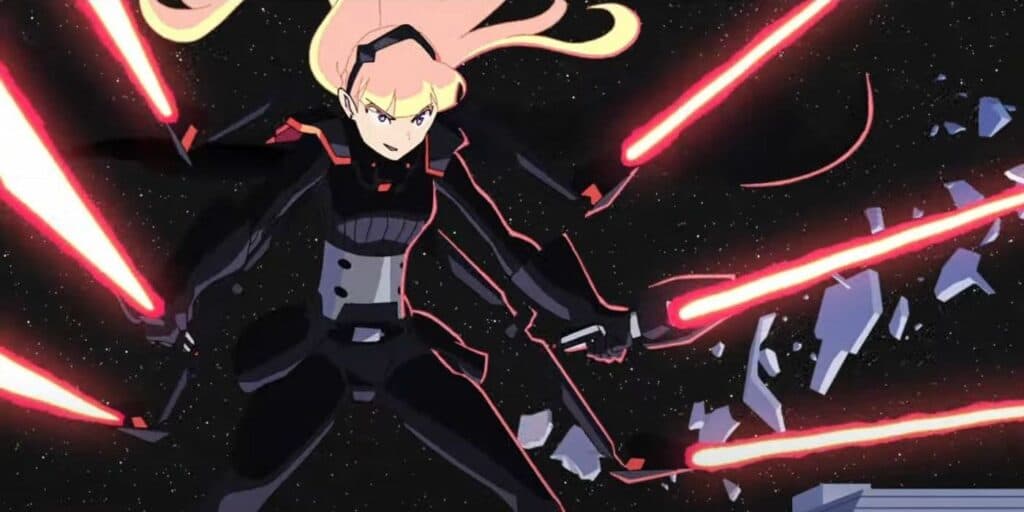 Historically, all Star Wars shows – and any other shows, such as The Mandalorian or Marvel’s WandaVision and Loki – have been available to stream episode by episode on a weekly basis. While many fans are happy to wait between episodes, as it does heighten the element of anticipation, most prefer to ‘binge-watch’ their favorite shows, mostly to avoid spoilers. Well, the good news is that all nine episodes of Star Wars: Visions will be available to stream when the show premiers on September 22.

Each of the nine episodes will host their own original characters (although the trailers do reveal iconic characters Boba Fett and Jabba the Hutt), with perhaps the lead protagonist of “Lop and Ocho” looking to wield the most potential in terms of having a bright future in the faraway galaxy. Lop is of the Lepi species – sentient, rabbit-like humanoids who have only appeared in Star Wars comic books. Lop can be seen flying on what looks like an umbrella in the trailer, not unlike Mary Poppins! This character definitely gives off star-quality vibes from the trailer alone.

Star Wars: Visions looks to be a promising addition to the faraway galaxy, even if it’s non-canon. But perhaps some of the episodes, or at the very least, their characters will reappear in future canon material. As the official trailer tells us, “Witness the possibilities….”