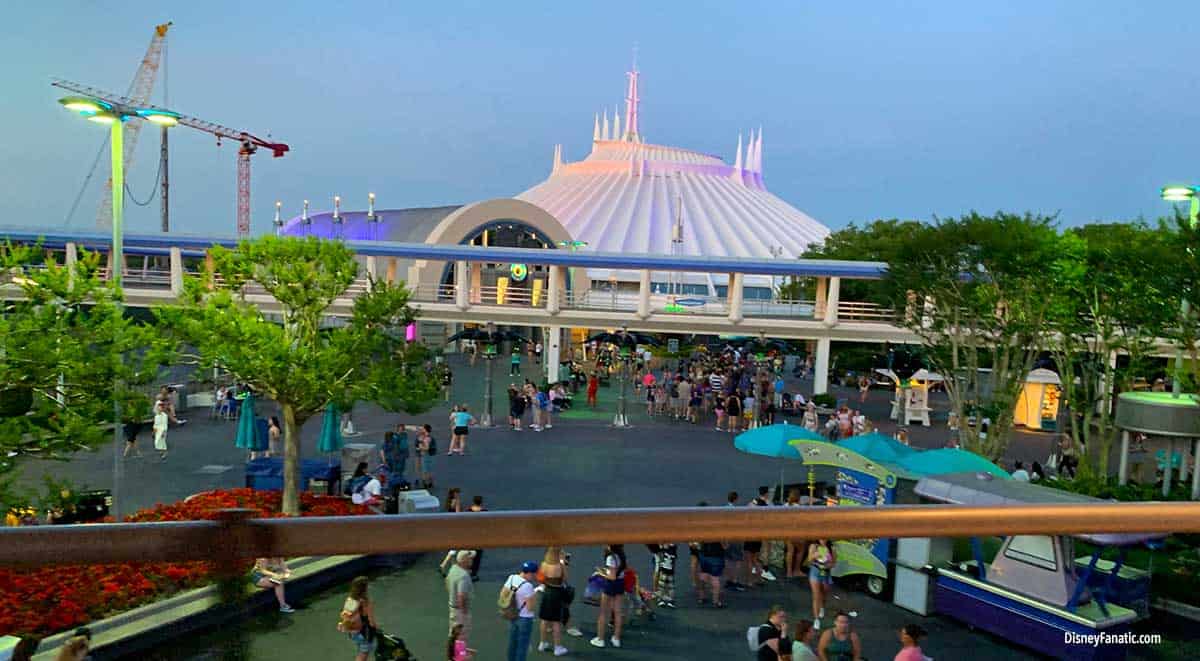 There will be some re-imaging and a new Entrance Sign

for "Space Mountain" to coinside with the galactic makeover for all of Tomorrowland, highlighting the theme and bright neon lights of the new "Tron" attraction.

Instagram has become a very popular social media outlet, and over the past few years the colorful walls of Walt Disney World have become one of the most sought after backdrops for Disney photo ops.  One of the more famous walls is the "purple wall" located near the entrance to Tomorrowland.  Just in time for the 50th anniversary of the Magic Kingdom, this much visited purple wall has undergone an enhancement with a new color scheme and now features several shades of purple in a geometric pattern.  Now, it is even more popular.

The most anticipated attraction arriving at Tomorrowland as part of an extensive makeover is "Tron Lightcycle Run".  This amazing roller coaster is designed and based on the "Tron" movie series.  This attraction is a semi-enclosed launched steel motorbike roller coaster, with motorbike-style vehicles resembling the light cycles featured in "Tron-Legacy", the movie.

Tomorrowland is advancing into the future in a major way, and visitors to this exciting new transformation will be so surprised and anxious to experience this new version of Tomorrowland.

Left 2 of 2 right
Next: The New Nighttime Show 'Epcot Forever' Is Here! Here's Why We Love It!