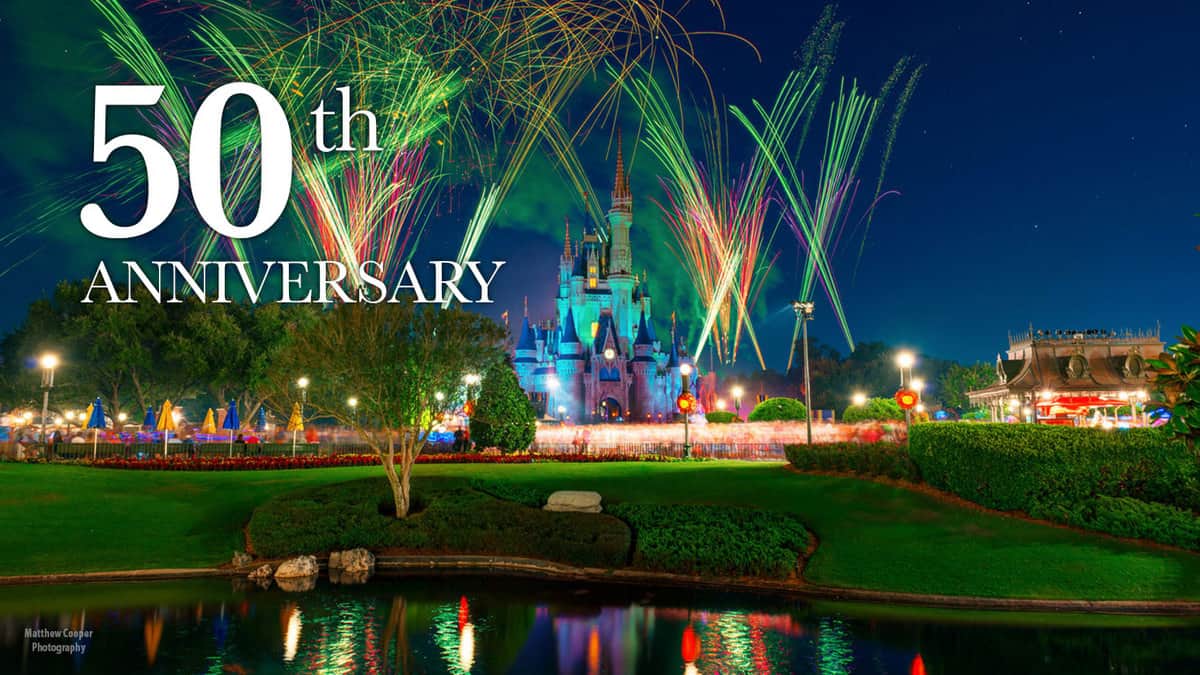 In less than two years, Walt Disney World's Magic Kingdom will be celebrating its 50th Anniversary.  The grand opening of the Magic Kingdom in Florida was held on October 1, 1971, 16 years after the opening of Disneyland USA in California, which opening on July 17, 1955.  This is going to be one of the most magical celebrations of all the Disney parks.   only Disney theme park, other than the original, Disneyland, in which Walt Disney was the prime director, developer, and visionary.

He introduced his vision on the television program, "Disneyland, USA", in 1966 shortly before his death that same year.  Walt Disney World was the second Disney theme park, and even though it was not exactly what Walt had planned, his brother, Roy Disney, made sure this new theme park would have the spirtual "stamp of approval" of his beloved brother, Walt. Now almost 50 years later, the Magic Kingdom is preparing for this magnificent Golden Anniversary.  Here are some special additions arriving at Disney World's Magic Kingdom just in time for this momentous occasion.

"The World's Most Magical Celebration" will see so many additions, including  new attractions, parades, restaurants, refurbishments, souvenirs, and  live entertainment.  The official Disney World logo will also undergo a transformation.  The design will be the bold number, 50 placed over Cinderella's Castle and coated with an iridescent swirl of pastel rainbow colors.  This new logo will be emblazoned on clothing, souvenirs, hats, and balloons.

Yes, it's finally going to happen.  Walt Disney World's version of "It's A Small World" will be welcoming new Disney characters to this iconic boat ride, including such additions as:  Alice from "Alice in Wonderland", Cinderella, Rapunzel, Elsa Anna and Olaf, Peter Pan and Wendy, Pinocchio, and so many more, including the newest Disney addition, "Moana".  I can't wait to experience the new "It's A Small World" with all these new Disney characters.

There will be a few changes along the journey of Tomorrowland's PeopleMover.  The changes include new themed areas and scenes within the ride.  Possibilities include the addition of characters such as "Wall-E" or "The Incredibles".  I am sure that whatever Disney does to keep this attraction up-to-date, will be well thought out and will meet with visitors' expectations.

The iconic "Tomorrowland Speedway" will be getting a facelift for the 50th Anniversary Celebration with enhancements and a new theme to match the upcoming "Tron Lightcycle Power Run".  All of Tomorrowland will be gaining new and exciting nigh time lighting affects to match the bright and futuristic neon glow of the new and thrilling "Tron" attraction.