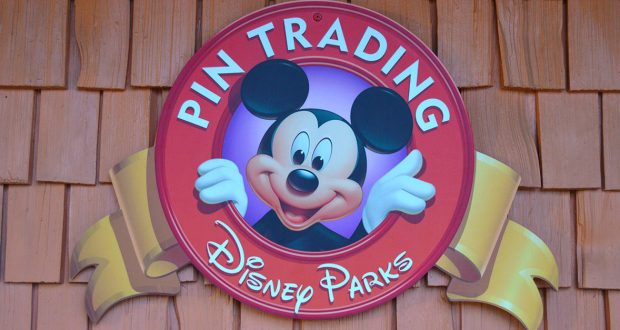 Many things have changed since Walt Disney World’s reopening, as the resort has had to adjust to the ongoing viral crisis. We’re pretty sure you know what most of those changes are by now, as you’ve likely read countless articles and seen all the news reports. But, given the sheer size of the resort, there are still some things you might not know.

Once upon a time, not so long ago, you were able to trade pins – those adorable, nifty little things you’ve probably seen everywhere already –  with Cast Members and guests at the parks (provided it was something you both agreed on of course!). Or, you were able to pick your favorite ones from a pinboard or from a book at the likes of Disney’s Pin Traders at Marketplace in Disney Springs, or Pin Traders – Camera Center at Future World in Epcot. While you can still do in-store trades, things have changed to accommodate the new social distancing and contact-free guidelines.

Previously, some Cast Members would carry pins with them at select locations throughout the parks, whether on a lanyard or in a book or a pouch. This meant that you could conduct a mutually agreeable pin trade there and then. It was such a neat little affair. But, naturally, this is no longer the case, as it would involve close contact, placing both you and the mutual party at risk. Fortunately, pins remain available at several select locations throughout the resort – so needless to stay, the pins have found a way to ‘stick’ around!

Now that social distancing has been implemented, the pin trading experience has changed quite a bit. Instead of picking your pins from a pretty little pinboard at one of the outlets, only Cast Members are now able to pick them for you, so that contact is minimized as much as possible. This exchange must also take place over the counter to create that extra distance, while a plexiglass window allows you to browse the pinboards safely. Worried about catching germs off used pins? No need – they’re all hand-sanitized prior to future trades. Not a stone – or pin – is left unturned!

3. Some Pin Stores Are Unavailable

If you’re an avid pin collector, it’s worth knowing which pin-selling outlets are currently unavailable. As it stands, Sunset Ranch Pins and Souvenirs at Disney’s Hollywood Studios, Village Traders at Epcot, and Animal Kingdom’s Mariya’s Souvenirs, Outpost Cart and Serka Cart, all remain closed until further notice. But don’t worry – you can still get your pins at several other outlets throughout Walt Disney World. Be sure to check out the official Walt Disney World website for a list of all the stores, so that you can add them to your itinerary.

There are still plenty of websites where you can trade your pins too, and you can even purchase brand new pins from shopDisney.com. Make sure you check it out, as there are some truly awesome ones available, from Star Wars to Toy Story, Mickey to Aladdin and Monsters, Inc. to Lilo & Stitch, as well as seasonal-themed pins and NBA-celebrated ones. In fact, once the resort closure happened, a collection of pins otherwise found only at Disney Parks was made available at the online store – so some of them are pretty unique and are still considered Disney Park specials.

Though previously scheduled for summer, Walt Disney World’s 20-year pin trading anniversary event took place in the virtual world in November 2020. The event included magical memories from over the past 20 years and a new series of unique pins created especially for the anniversary. The event sold out which is a good thing for Disney’s global pin-trading community.

Pin trading might have changed a little at Walt Disney World, but the good news is that many of your favorite pins are still widely available, whether at one of the resort’s many outlets or online via shopDisney.com. You could say that it’s a whole new world for pin trading!