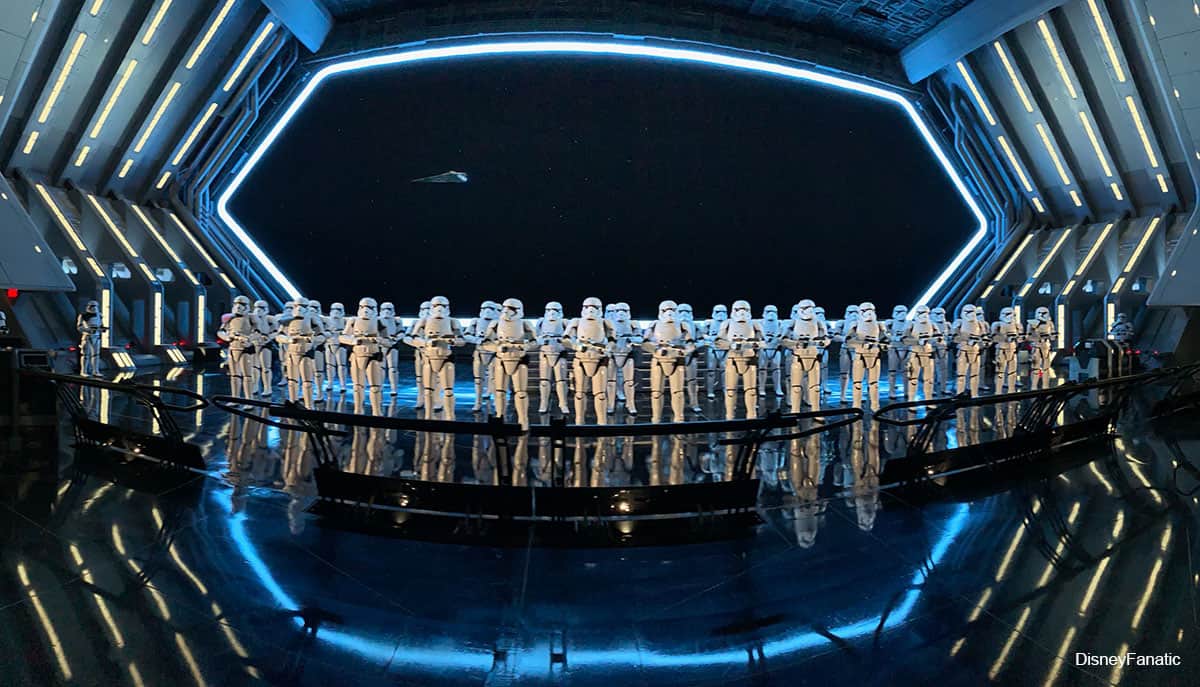 Here’s everything we love about this attraction.

10. It's An Extension Of The Adventure

Let’s cut to the chase – not everyone loves the latest movies. However, in recent years, some fans have come to develop a new-found respect for the Prequel Trilogy. Whichever trilogy (in the trilogy of trilogies) is your favorite, there’s no denying that being able to enjoy what is essentially an ‘extension’ of any addition – and in this case, the Sequel Trilogy - is nothing short of awesome for any fan.

It’s fair to say that Star Wars: Rise of the Resistance is a pretty enormous ride. But it’s also one of the more complex. This ‘trackless’ ride (though that doesn’t mean there are no wheels!) is made up of four interconnecting systems that combine a walk-through, a simulator and a drop (no, not into a sarlac). So just like the location-hopping movies, you won’t be staying in one place for too long!

8. There Are Many Characters

Characters come in all shapes and sizes throughout Star Wars: Rise of the Resistance. But they also come in many forms too – and we don’t just mean alien and droid and so on. You’ll see the likes of the formidable Kylo Ren and General Hux in the flesh. But don’t worry – you’ll also get to meet Rey Skywalker (Daisy Ridley herself) in hologram-form and the adora-ball BB-8 in, well, in the metal.

7. The Technology is Straight Out Of The Movies

It just wouldn’t be a Star Wars ride without state-of-the-art technology. At every turn, impressive Audio-Animatronics and jaw-dropping set pieces await. You’ll even be wowed by holographic technology, which, just like the rest of the attraction, will make you feel like you’re actually in one of the movies. Sadly, you won’t be able to use said-holograms to send a message (not yet, at least).