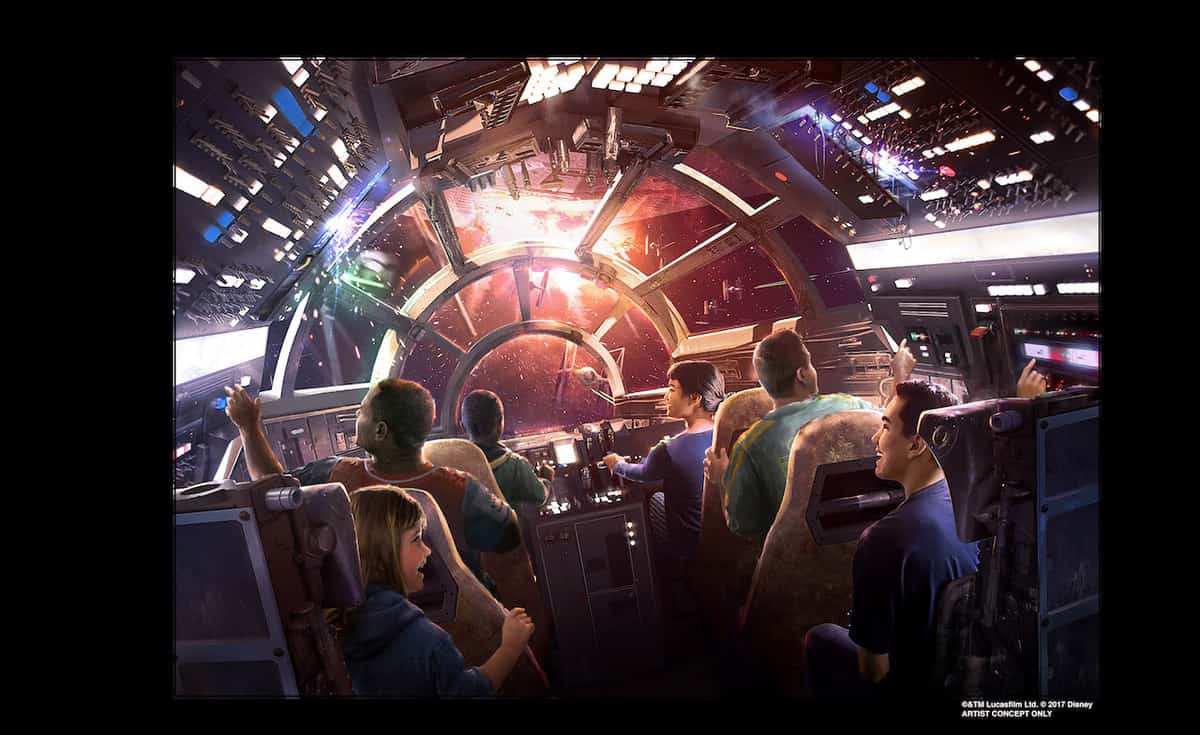 2. The Star Destroyer Ride is the Most Epic One Ever Designed

Besides the Death Star, what other formidable ships are there in the Star Wars universe? That’s right - a Star Destroyer! At Star Wars: Galaxy’s Edge you’ll be able to board one inside a hangar bay. But don’t worry – you won’t be put in control of one like the Millennium Falcon, so those faraway galaxies are safe – well, safe from you, as the First Order remains as powerful and as present as ever.

At some point during the adventure you’ll be caught in the middle of mayhem as the First Order and the Resistance do battle inside the hangar. You’ll even travel on board a Resistance Troop Transport ship! Disney Imagineers have described this attraction as the most epic ever designed and on a scale that’s never been done before – in fact, concept art reveals two full-scale AT-ATs!