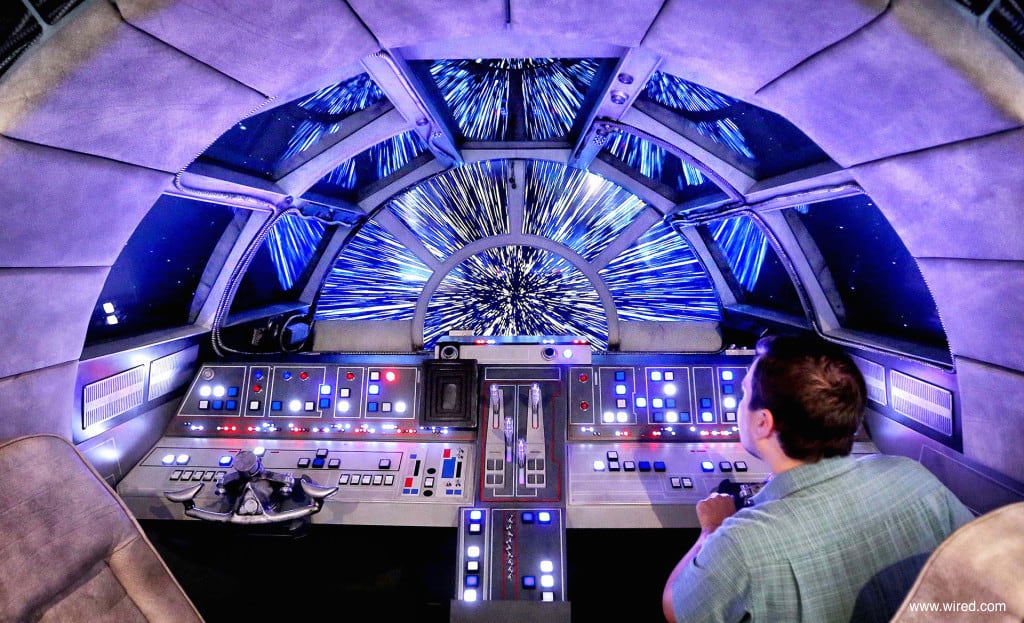 Like with any new movie, the anticipation for 2019’s Star Wars: Galaxy’s Edge couldn’t be higher. The last few years alone have already seen four new Star Wars entries, and the new themed land is set to bring even more “balance to the Force”. Batuu is a vibrant remote trading outpost that’s rich with history, and is where you’ll embark on an out-of-this-world adventure like no other as you become part of the official Star Wars timeline.

Star Wars: Galaxy’s Edge has been confirmed to host at least two new signature attractions, both of which are said to be hugely immersive and interactive. One is the iconic Millennium Falcon, and the other teeters more on the edge of the “Dark Side” in the form of a Star Destroyer. Though they’re yet to be officially named, here’s what you need to know about them, as well as some details on the new and equally-interactive Star Wars Hotel.

4. You’ll Get to Pilot the Millennium Falcon

Move over, Han – there’s a new pilot in town! Yes, that’s right – the Millennium Falcon is going to be all yours, so you won’t need to win it from Lando Calrissian! And unlike any other attraction, this will literally put you in the pilot’s seat. The ship is said to be life-size, but whether or not it can "make the Kessel Run in less than 12 parsecs” or offer you the opportunity to play holographic chess, is yet to be seen!

As you set out on a critical mission, you’ll be able to pilot the ship, flip switches, fire blasters and prepare for hyperspace. Along with incredible special effects that will place you in outer space, you can expect one of the most immersive and advanced simulator-attractions yet. And though you’ll likely have to substitute the faithful Chewbacca for a new co-pilot, at least you won’t be flying “solo”!