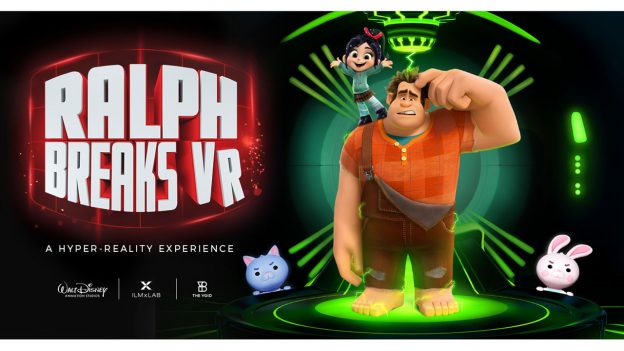 You also know the “Holidays are Coming” when the Coca-Cola Polar Bear is in Disney Springs! Head to the second floor of the Coca-Cola Store (where else?) for a bear – sorry, rare – photo op with everyone’s favorite Coca Cola-guzzling North Pole bear, and learn some interesting facts about these remarkable Arctic-dwelling animals in the process. Disney PhotoPass and Memory Maker are recommended to make the most out of these kind of encounters, or just ask the in-store photographer to snap your pic for you – or grab a selfie!

Have you ever wanted to enter the internet? Well now you can with Ralph and Vanellope on their all-new virtual reality adventure that immerses you into the thriving landscape of the internet, as seen in Ralph Breaks the Internet. Courtesy of THE VOID – the masters behind the equally-mind-blowing Star Wars: Secrets of the Empire - this color-drenched adventure is one like no other. You’ll forget all about the real world – which is Walt Disney World Resort’s ultimate overall objective, after all – as you’re swept away by thrilling storylines and exciting adventures. There are just two things you need to remember – don’t actually break the internet, and make your booking in advance to avoid disappointment.

Soon to be “slam-dunking” its way into Disney Springs like some kind of “Chicago Bull” is the eagerly-awaited NBA Experience. Games, immersive experiences, merchandise stores, competitions and more will fill an all-new venue whose architectural designs will draw its inspiration from that of modern NBA arenas. When the thrilling NBA Experience lands in Walt Disney World Resort’s very own court, make yourself “courtside” at West Side as soon as possible! In the meantime, keep in the know for this exciting new slam-tastic addition to Disney Springs with the official Walt Disney World Resort website.

You can expect far more than just all the above at Disney Springs, though. With new Disney movies flooding the theaters year upon year – and not to mention that 2019 will be Disney’s biggest year in film yet - keep your eyes peeled for brand new lines of merchandise, from themed jewellery and apparel to toys and more. Be sure not to miss out this dazzling entertainment district on your next visit to Walt Disney World Resort, because while it might be no theme park, it's a "whole new world" in its own right.