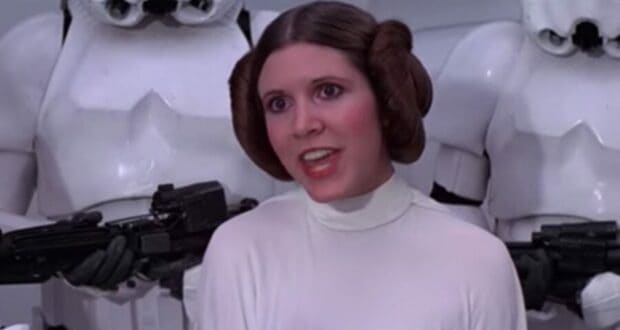 Do you ever wonder what the criteria are for being a Disney Princess? And did you know that there are only so many official Disney Princesses? But why isn’t Princess Leia from Star Wars one of them? Sure, a crown probably wouldn’t fit her anyway, given those iconic swirls of hers, but like her mother, Padme Amidala – who is a Queen, by the way – Leia’s hair-do’s are ever-changing. 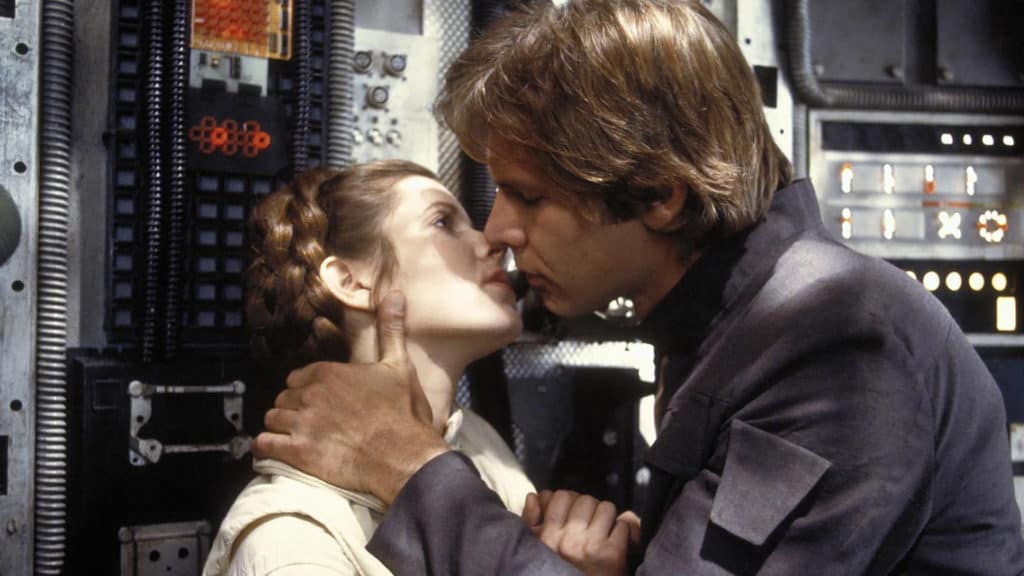 But that’s beside the point. Disney owns Leia, and she’s a Princess. Two excellent reasons to add her to the list, right? Apparently not. We’re hardly suggesting that she gets no respect within the world of Disney – she is a revered character, after all – but an official inauguration would bring balance to the Force (and help sell a lot of Princess Leia dolls in the process).

The official Disney Princesses are Snow White, Cinderella, Aurora, Ariel, Belle, Jasmine, Pocahontas, Mulan, Tiana, Rapunzel, Merida, and Moana. In other words, every character featured in the ‘Princess’ scene from Ralph Breaks the Internet: Wreck-It Ralph 2. It’s said that most of these characters have ‘royal ties’ within their own narratives or ‘cultural equivalences.’

This is indeed true, so let’s find out why Leia missed out on that awesome scene!

Despite there being several live-action reboots of animated classics such as Aladdin, Beauty and the Beast, and Mulan, this doesn’t change the fact that all Disney Princesses started life in animated form. And unfortunately for Leia, this isn’t the case. The late Carrie Fisher brought the character to life in 1977’s Star Wars: A New Hope and appeared in five other Star Wars movies.

But while Leia didn’t start in animation, this shouldn’t exclude her from being considered a Disney Princess. Besides, in recent years, she has appeared in animated form, having featured in Star Wars: Rebels and Star Wars: Forces of Destiny. In fact, the latter saw the release of a Princess Leia doll – it doesn’t get any more Disney Princess than that! 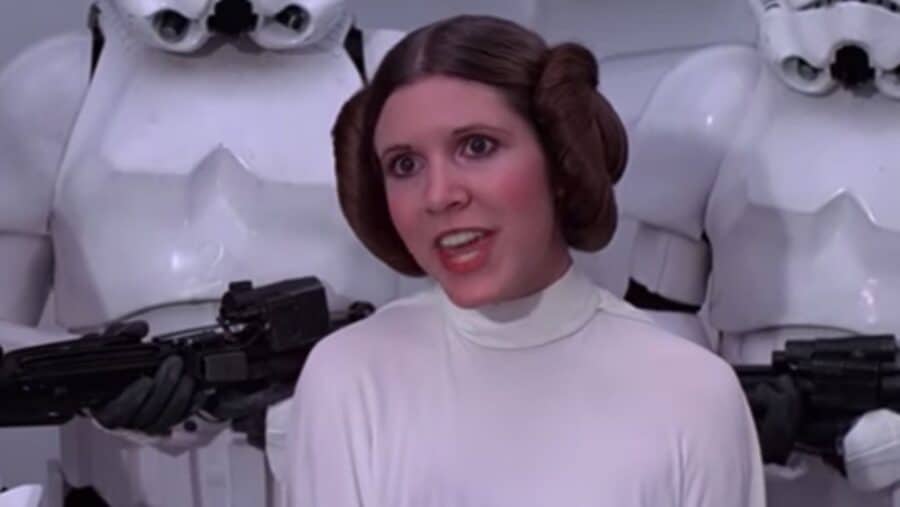 There’s really no argument to be made here – Princess Leia only came under the Disney umbrella in 2012, when Disney purchased the rights to Lucasfilm. So even on these grounds alone, Princess Leia wasn’t even an unofficial Disney Princess back in the day. However, there is something of an argument to be made where the official Disney Princesses are concerned.

The stories of Cinderella, Sleeping Beauty, Snow White, and the Seven Dwarfs and Tangled are all inspired by The Brothers Grimm Fairytales, so those Princesses were never originally Disney property, either. So it would hardly be hypocritical to add Leia to the mix. And before you argue that her origins weren’t ‘grim,’ she did watch her home planet get blown up by her own father.

Whether it’s A New Hope, The Empire Strikes Back, Return of the Jedi, The Force Awakens, The Last Jedi, The Rise of Skywalker, Rebels, or Forces of Destiny, Leia doesn’t even so much as hum a tune. We’re not saying this is a qualifying requirement for becoming a Disney Princess, but it would help, seeing as all the official ones have performed their fair share of musical numbers.

But hold on a minute. If our memory serves us well, Princess Leia has performed a song – in 1978’s Star Wars Holiday Special, in which she sings ‘A Day to Celebrate! The feature-length film might not exactly be beloved by fans, with it being an awkward cringe-fest and all, but you’re still running out of excuses, Disney. 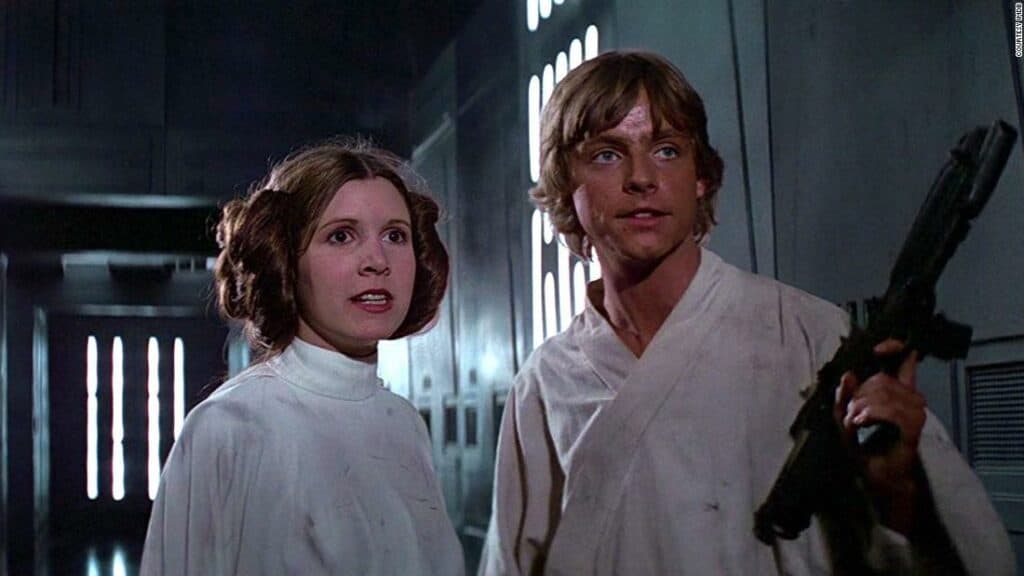 1. She’s Not a Fairytale Character

Isn’t she? Define ‘fairytale.’ It’s not all mystical forests, ancient prophecies, magical powers, and animal sidekicks. A fairytale is defined as a “story about magical and imaginary beings and lands.” But if it were just all those other things… Mystical forests? Ever heard of Dagobah? Prophecies? Anakin Skywalker, anyone? Magical powers? Is the Force not good enough for you, Disney?

As for animal sidekicks – take your pick (okay, it’s usually droids, but they are like little pets). And remember that Forces of Destiny Leia doll we told you about – well, one comes with Wicket the Ewok, and another version comes with R2-D2. So, to conclude, Star Wars is definitely a fairytale, which in turn makes Princess Leia very much a fairytale character.

Princess Leia will likely never be crowned an official Disney Princess, but she will always be one to the fans, whether they’re fans of all things faraway galaxy or Disney as a whole. Leia is also a strong-willed, incorruptible, and brave character – all the things young girls need in a female role model. And now that we’ve made quite a case for her, it’s time to rewrite this article into a letter of complaint to Disney and Lucasfilm!