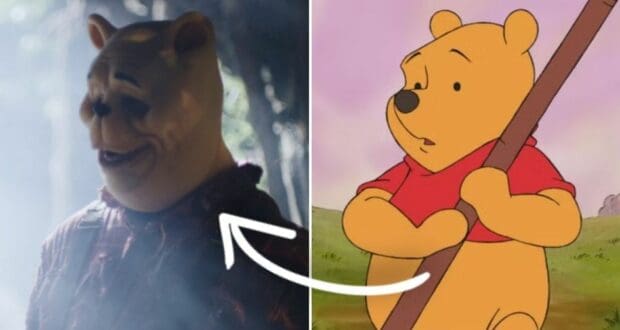 Winnie the Pooh Is Getting Turned Into a Horror Film

Yes, you read that right. Now that Winnie the Pooh and his loveable Hundred Acre Wood friends have fallen into public domain as of January 2022, they are now being used for a new horror film.

In 2021, Disney hosted a Winnie the Pooh celebration for 95 years of willy, nilly, silly ol’ bear surprises. When 2022 rolled around, however, Disney lost select rights to Winnie the Pooh as characters that appeared in Winnie-the-Pooh books by AA Milne became public domain. The characters were based on Milne’s son Christopher Robin and his stuffed animals, including Winnie the Pooh, Eeyore, Tigger, Piglet, Kanga, and Roo.

Disney turned the Winnie the Pooh franchise into a massive success from day one of acquiring the rights to the Winnie-the-Pooh books and their characters from Milne’s estate back in 1961. Now, Disney isn’t able to sue anyone that uses A.A. Milne’s original Winnie-the-Pooh stories, leaving the beloved Pooh Bear and his friends open to new adaptations.

And so, the adaptations begin. An upcoming horror film is in the works titled Winnie the Pooh: Blood and Honey, and no, Disney has nothing to do with the development of the film. A few images and scarce details are starting to pop up on the internet as we peek between our fingers at the first look of the beloved character, Winnie the Pooh in a horror film being produced by Jagged Edge Productions which creates straight-to-VOD horror films.

Newsweek has revealed a few details including, “The movie has the classic horror set-up of a group of young people in a house being attacked by a group of killers. One image, for example, sees a character called Zoe (played by Danielle Ronald) heading down a staircase to a window. That window has “get out” written on it with blood.”

So far we know the film’s tagline is “A horror retelling of the famous legend of Winnie the Poo.” With a misspelling of “Pooh”. We also know from first look images that the killers are versions of Winnie the Pooh characters including Pooh and his best friend, Piglet. Piglet is played by Chris Cordell, while Craig David Dowsett is Winnie. There is still question however if the killers are supposed to be wearing masks or if Pooh and Piglet are a “man-bear hybrid.”

Thankfully, the Disney version of Winnie the Pooh characters remains in copyright, leaving only the original Winnie the Pooh sketches up for grabs for new projects. A release date has yet to be noted on when Winnie the Pooh: Blood and Honey will available to viewers but word is that the horror movie will be released later this year.