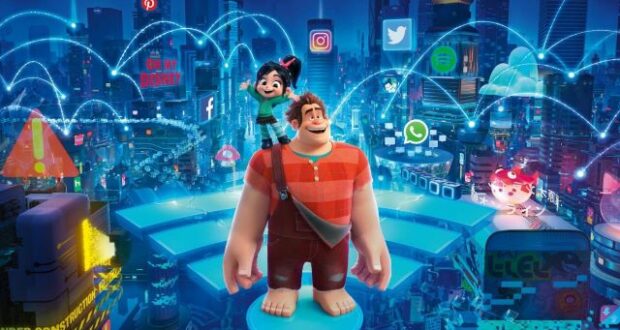 Worst Disney Film Sequels We Wish We Could Forget About

Like all other movie studios, Disney isn’t immune to making bad sequels. Sequels by their very nature struggle to live up to the originals, so sometimes it’s unavoidable. And while Disney is best known for their animated features, it wouldn’t be much fun listing all the straight-to-video sequels, would it? After all, most of those ones aren’t great when compared to their predecessors! So let’s look at some of the worst Disney sequels we wish had never happened. Warning – there might be some controversial entries on this list…

Let’s start with a movie that can’t decide on its own title, both of which are misleading either way. If Disney was itching to do a Timon and Pumbaa movie, then it begs to question why they didn’t just name this one accordingly. After all, it has nothing to do with the first two, and sets out only to parody the original, scene by scene. And we’re not saying there’s no novelty or fun in seeing such a thing, but as far as worst ‘sequels’ go, this one was easy pickings.

One of the most lovable things about Wreck-It Ralph is the arcade world it occupies – its references to retro video games brings waves of nostalgia, which can only leave one scratching their head as to why its sequel opts for nothing but contemporary references to everything that makes up the Internet. Add to that a plot that’s derivate and cliché, and Ralph Breaks the Internet ironicallybecomes far more dated than half the vintage games upon which the franchise is built.

5. Beauty & the Beast: The Enchanted Christmas

Deciding to cash in on the first movie’s snow scenes is this straight-to-video, discount version of the tale as old as time. Gone is the charm, and instead we have a movie whose animation quality looks painfully cheap when compared with the original. Even the songs aren’t anything to write home about. Diehard fans of the original may find some enjoyment here, but the last petal of this rose falls long before it even starts. Enchanting it is not.

A movie franchise that’s currently 23-strong is bound to have its stinkers, and with the MCU none pop quicker to mind than Age of Ultron. Convoluted, incoherent and bloated, the first sequel to the superhero smash-hit makes you wish you could just click your fingers and make it disappear. Also lacking in the novelty of the ensemble of Avengers Assemble, this follow-up proves that even with such movies – where additions are naturally welcome – less is always more.

3. Aladdin II: The Return of Jafar

If fans of the beloved original came into possession of a magic lamp, they’d probably wish this sequel away. Exchanging quality animation for something you’d have probably found on the Disney Channel around the time of its release, this sequel doesn’t just lack the magic of the original – it also lacks Robin Williams as the genie. Sure, the replacement actor does a decent enough job, everything else around him begs to buried in a dark cave for a thousand years.

The magical ingredient that is Boo is painfully absent in Monsters University, but the truth is it’s just one of many problems. For starters, Sulley just isn’t very likeable, and the film’s college setting is an odd choice considering the target audience. And though the film does at times hit peaks of potential – in particular, the visit to the human world in the third act – overall, it just doesn’t generate enough laughter or magic to power a low-wattage light bulb in Monstroplis.

The Mandalorian might have rescued Star Wars from certain death, but swathes of fans will still agree that The Last Jedi is unforgiveable. Though not entirely awful, there’s a lot wrong with it, from misplaced humor to character arcs that make no sense. However, perhaps its two greatest sins are that it negates everything The Force Awakens sets up, while at the same time forcing the subsequent instalment to be equally inconsistent and totally lacking in any direction.

Just remember – there’s a big difference between an awful movie and an awful sequel. We’re not saying all the movies on this list are terrible, but rather that we think they’re poor follow-ups to beloved classics (although some of them are pretty bad…).