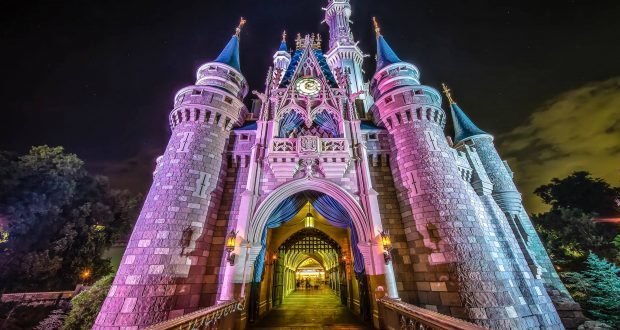 Is there any place in the world more exciting than Magic Kingdom? Many fans of the Walt Disney World Resort would say no. After all, “Magic” Kingdom tends to be true to its name. No wonder it’s called the Most Magical Place on Earth! But believe it or not, there are some myths and lies about the Magic Kingdom that many visitors read about, hear about or create themselves for reasons unknown, and we think such a magical place deserves better. Here are 10 lies about Magic Kingdom, as well as the truths that set them straight.

It’s easy to see why some people would think this. Watch any of the promo videos that feature Magic Kingdom, and you’ll no doubt take in scenes from Fantasyland, complete with kids riding in spinning teacups or enjoying meeting their favorite princesses. But truth be told, there are some pretty thrilling rides at Magic Kingdom, as well as several themed restaurants, a few of which make for the perfect date night for you and that special someone. That’s what makes Magic Kingdom so great—there’s something for everyone: kids, adults and kids at heart.

9. The spitting camel in Adventureland is controlled by a Cast Member.

When you visit Adventureland, you’ll notice a large spitting camel near the Flying Carpets of Aladdin attraction. Rumor has it that there is a Cast Member who controls the camel’s spitting and targets unsuspecting guests with a spray of water. Truth be told, however, the camel’s actions are completely random, rather than the vendetta of a hidden Cast Member laughing at guests behind the scenes.

Well, we don’t think this is true, but you’ll need to experience the attraction for yourself and decide.

No. Just no. Not possible. Magic Kingdom is truly magical, and if you haven’t experienced it for yourself, be sure to book your visit ASAP and see for yourself.

Well, surely it is a family entertainment and amusement park, if we’re organizing vacation destinations into neat little categories. But Magic Kingdom really deserves a category all its own, one perhaps called “Unmatched Family Magical Experiences Venue.” Thanks to the magic of Disney Imagineering’s storytelling prowess, each attraction is an experience, a getaway, an adventure all its own.

Ok, so this may not be a total lie. But while it’s true that the one-day ticket price for a visit to Magic Kingdom has increased noticeably over the past few years, so have the opportunities for one-of-a-kind family entertainment experiences. One visit and you’ll see what we mean.

4. You can see the whole park in one day.

3. There aren’t any unique experiences offered at Magic Kingdom.

On the contrary, there are a few unique experiences you can only have at Magic Kingdom. For example, did you know you can take your little ones to the Bibbidi Bobbidi Boutique and treat them to a royal makeover? (Check availability as some offerings are temporarily unavailable.) Or get there early and hop aboard a double-decker bus and make your way to the forecourt of Cinderella Castle in preparation for the opening of the park. And speaking of the castle—where else can you take in the magical sights of Cinderella Castle?

Though this was once true, today you can purchase alcoholic beverages at several places inside Magic Kingdom, such as The Plaza Restaurant, The Crystal Palace and The Diamond Horseshoe. Cheers!

1. There are nothing but princesses.

Though it’s true that Magic Kingdom is heavy with a “princess presence,” it’s certainly not all princesses. In fact, at Magic Kingdom, guests can meet Buzz Lightyear and even test their skill at Buzz Lightyear’s Space Ranger Spin, brave the high seas with Captain Jack Sparrow at the Pirates of the Caribbean attraction, soar high above Storybook Circus with Dumbo, hang out at Gaston’s Tavern, meet all 45 Presidents of the United States at Liberty Square and even stop by Town Square to meet Mickey himself.