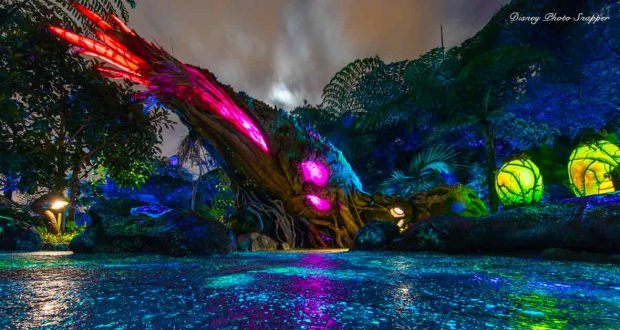 10 Must-Do Experiences For The Most Fantastic Disney Vacation

Where a place like Walt Disney World Resort is concerned, sometimes it can be tricky to include a list of must-do’s in your itinerary. After all, the resort is home to four theme parks, two water parks and an entertainment district, and all the countless experiences each of those areas includes, such as Character Sightings, shopping outlets, restaurants, attractions and events of all shapes and sizes. And the chances are that you’re probably a fan of everything, so where do you start? Well, forget about your worries and your strife – because we’ve prepared for you a top 10 list of must-do experiences, so that you can enjoy the most fantastic Disney vacation ever. While of course there are more than just 10 things you need to do while at the resort, striking these off your list will get you off to a great start, so just think of these as the ‘bare necessities’ – in other words, you simply can’t visit Disney World without experiencing them!

EPCOT’s majestic centerpiece really is a thing of beauty, even when it isn’t being illuminated by magical fireflies. While Magic Kingdom Park’s Cinderella Castle is undoubtedly the centerpiece for the entire Resort, you can’t pass up the chance to experience the show that is the Tree of Life Awakenings. You’ll never feel more a part of the ‘Great Circle of Life’ than when you’re watching the tree burst to life at night, with its heart-warming music and laser-projected storytelling.

It’s easy to think of Disney Springs as something that’s separate to the theme parks, largely because it doesn’t feature any experiences of its own – right? Wrong! Disney Springs is the true hub of Disney World, home to a variety of restaurants, entertainment venues, retail outlets and more. And as for attractions and experiences, there’s AMC Movies, Splitsville Luxury Lanes, and the all-new Drawn to Life from Cirque Du Soleil coming very soon.

As it’s the summer, you can’t visit Disney World without visiting one of its two water parks. While of course you’re free to visit both and have a splash-tastic time, we’ve handpicked our favorite – Disney’s Blizzard Beach Water Park. Check out attractions such as Summit Plummet, Tike’s Peak, Toboggan Racers, Runoff Rapids, or enjoy one of its eateries like Avalunch or Lottawatta Lodge. Sebastian was right – down where it’s wetter, it’s better!

While Character Greetings remain temporarily unavailable, that doesn’t mean you can’t get your character fix. There are many ways, such as certain attractions like Frozen Ever After. But if you want the next best thing to Character Greetings, then Character Sightings is your best bet. From Magic Kingdom Park’s character-themed cavalcades to other locations within the other parks, you’ll get to see all your favorite Disney heroes, and it will be like they were never gone to begin with.

If you’re a fan of James Cameron’s sci-fi epic Avatar, then this themed land is just the place for you. But even if you aren’t, there’s no way on Pandora you aren’t going to love everything this exotic, exoplanetary phenomenon has to offer, from its striking bioluminescent fauna to its two mind-blowing signature rides, Avatar: Flight of Passage and Na’vi River Journey. If you’re going to invest your time in any themed land during your trip, look no further than Pandora – The World of Avatar.

Considering that one of the four theme parks at Disney World includes real animals, it wouldn’t make sense to visit the resort without embarking on a safari tour – and Kilimanjaro Safaris is just as awe-inspiring as the rest. After all, why wouldn’t you want to visit the resort’s very own Pride Lands and see the real versions of its royal inhabitants, from lions to hyenas? As the song goes, “In the theme park, the mighty theme park, the lion sleeps tonight!”

When enjoying the attractions at Disney World, it goes without saying that your bucket list should at the very least include a classic one, whether it’s Pirates of the Caribbean or “it’s a small world”. Well, we’ve picked for you the former, because there’s nothing quite like descending into the dark world of pirates, where in your boat you’ll pass a warring galleon, drunken pirates, and treasures of all shapes and sizes shimmering in the dark. Don’t believe in ghost stories? You’re in one!

Maybe we told a little white lie – Pandora – The World of Avatar isn’t the only themed land that’s out of this world, as there’s also Star Wars: Galaxy’s Edge. Unlike the tropical moon, though, the remote trading outpost of Batuu is probably more up your alley if you’re a Star Wars fan. And the chances are, that if you’re reading this article, you probably are. But whether you are or not, there are some equally incredible attractions here, as well as immersive eateries, stores and more.

There’s only one “2 ½ D” adventure at Disney World, but even if there were 50, we doubt the rest would be anywhere near as fun, whimsical and downright zany as this one. Not only do you get to experience the latest innovation in theme park technology, but you also get to spend time chugging along a wild, winding and wacky track alongside your favorite original characters, including Mickey, Minnie and Goofy!

1. A Celebration of Festival of The Lion King – Disney’s Animal Kingdom Park

If you’re going to enjoy any show at Disney World, make it A Celebration of Festival of The Lion King. Though it was shut down for some time during the COVID-19 pandemic, the Broadway-style musical came back with a mighty roar. And since its thunderous walk back up Pride Rock to claim its rightful throne, this beast of a show has been hugely popular. Enormous puppets, magnificent costumes, sun-bathed savannas and iconic music throughout, this is one not to miss.

You can’t go wrong with this list of must-do’s – just be sure to stay in the know before you go by visiting the official Disney World website. And then Hakuna Matata (it means no worries).