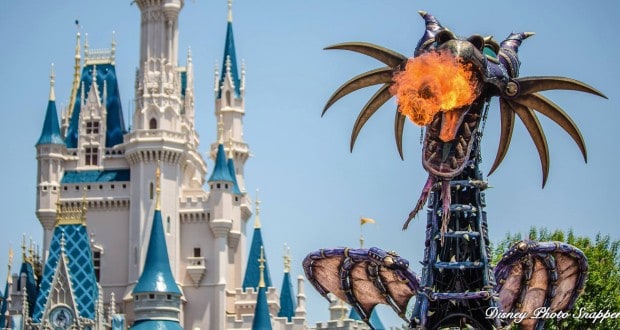 10 Rookie Mistakes at the Magic Kingdom

The Magic Kingdom is the busiest park at the Walt Disney World Resort, which leaves plenty of room for error if you don’t realize what you’re in for. This list includes my top 10 rookie mistakes, read on to make sure you don’t make any of them:

Arriving to the Magic Kingdom in the middle of the day means that you’ll just be entering the park at its’ most crowded time. If you’re staying until the park closes, this might not seem like a big deal, but you’ll have missed one of the least crowded times of the day—rope drop. If you go to the park right when it opens, none of the attractions will have had time to develop long lines.

Leaving the Magic Kingdom early is a mistake because the crowds tend to thin out as the night goes on. Many guests leave after Wishes, meaning that the park will become much less crowded and the lines will thin out for the guests who do choose to stay.

8. Using FastPasses for attractions that don’t need it

Unlike some of the other parks that have different tiers for FastPass+ selections, you are able to book three Fastpasses for whatever you want in the Magic Kingdom. This means that you should use your three selections for things that “need” a FastPass+ more than everything else. I’d recommend not using FastPass+ on things like Mickey’s Philharmagic, or the parades and fireworks.

7. Not following the Times Guide

Sometimes guests become disappointed that they missed a certain show or character greeting because they were too late. Rather than complaining, and bringing down the good mood you’ve had all day, refer to the Times Guide and the My Disney Experience App, so you’ll be sure not to miss the entertainment you care about most.

6. Not knowing when refurbishments are

You can easily find out when refurbishments are taking place by looking on the Walt Disney World website. Refurbishments are necessary to keep attractions in the best shape possible, however if you don’t know when they are scheduled to take place, they can be disappointing to find out about while on vacation.

You’ll have a much better time in the Magic Kingdom if you understand from the start that the park will be crowded. You will have to maneuver your way through and around crowds, and it is inevitable that you’ll have to wait an extended period of time for at least some attractions. This also means that you’ll probably have to camp out a little bit and get your spot for the parades early. The sooner you come to terms with this, the more enjoyable your time in the park will be, as you won’t be complaining about the crowds the whole time, they’ll simply just be an expected part of your trip.

As you’ve probably noticed, leaving the park right after Wishes, means you’re likely to get stuck in the cattle herd of thousands of other guests all trying to leave at the same time. Instead of getting stuck in the herd, which also means more crowded monorails, buses, and boats, let the rest of the crowd clear out first, and then go for the exit. Even if you’re not interested in going to any more attractions, find a bench to relax on for a few minutes, or leisurely browse the shops on Main Street on the way out to pass the time.

3. Not being prepared for rain

Being located in central Florida, it’s not surprising that it can rain at any time. And by rain, I mean the skies can open up and torrential down pour at any time. Generally when this happens, the park empties. Many guests give up and head home for the night once the rain hits. This means, that if you come prepared for the rain, with proper footwear, a poncho and/or umbrella, waiting out the rain will be to your advantage. You’ll experience an emptier park and shorter wait times if you stick around after the storm.

2. Not taking in the details

Like all of the theme parks, Magic Kingdom has so much to offer in the form of details that make Disney unique compared to other destinations. Even though you’ll want to rush from attraction to attraction, take the time so slow down and take in all of the beauty and magic that make the park special.

1. Not having a plan

The Magic Kingdom is the busiest of the four Walt Disney World theme parks, so having some sort of plan for how you’d like to spend your day is even more important here compared to the other parks. With so many guests visiting this park at any given time, you’ll want to have an idea of what you’ll be doing throughout the day. Even if this means very basic things like, “we’re going to start in Tomorrowland and end in Adventureland,” setting an itinerary will be helpful. Part of having a plan ahead of time will also mean that you’ve done some research and will know the basics of what the park has to offer—this means that while you’re actually in the park, you’ll be able to spend more time enjoying the attractions and less time trying to figure out what attractions you actually want to experience.