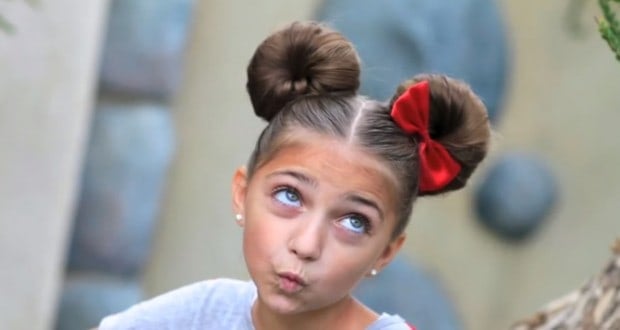 10 Signs You Might be Metamorphasizing into a Disney Character

Have you been spending all your days watching Disney movies, shopping at the Disney Store, or planning your next Disney vacation? If you have, you may not know it yet, but you may be changing into a Disney character yourself! But don’t worry, there’s no need call a doctor; this is natural for us Disney fanatics. But just for precautionary reasons, here are ten signs and symptoms that you are on your way to becoming a Disney character.

We all are familiar with that classic Disney lingo. It pops up in just about every Disney movie or cartoon. But is it also starting to pop up in your vocabulary too? Then this could be a sign that you are slowly, but surely becoming your own Disney cartoon character. This isn’t a bad thing, though! Everyone loves the cute little saying said by Mickey, Minnie, or Goofy. Chances are people will get quite a kick out of it from you too!

2. You seem happier than usual

Have you bee whistling while you work? Do you seem to be smiling a little bit more than usual, almost like you’re straight out of a Disney movie? Well, this is another symptom of the changing process. Before you know it, you may be sporting a new pair of ears! Or do you already have those too?

3. You randomly burst into song

Have coworkers caught you bursting out a heartfelt rendition of Let It Go? How about Part Of Your World while doing the dishes? This is one of the most tell tale signs of a Disney character. Whether you have a classic Disney princess/prince voice or something less than stellar, everybody needs to get things off their chest every once in a while. And there’s no better way than to do so with a Disney song!

4. You believe you can talk to animals

Yes, I know, they seem like they understand you. Unfortunately, you may look a little crazed if you walk around talking to animals. But within the world of Disney, you would fit right in! So let your inner Kristoff fly and talk to as many reindeer, or any other animal, as you please!

5. You sign your name with a big over the top signature

Sometimes we need a little extra magic, even in our handwriting. Have you taken on the signatures of some of your favorite Disney characters? Dotting your I’s with hearts like Minnie? How about a paw print like Pluto? This is another sure sign you are almost there!

Sure we see people dressed up like Disney characters all the time, in the parks, on Halloween, etc. But if adding Disney to your wardrobe seems like a natural thing, you may be turning into one yourself! With the addition of things like Dapper Days at Magic Kingdom and Star Wars weekends at Hollywood Studio, you may fit in more than you think!

7. Making people happy is a priority

Okay, so this one may not be specific to evolving into a Disney character… But it definitely may be a sign! Walt’s main goal when creating cartoons was to make people smile. If this is a staple in your life, you may be closer to a Disney character than you think!

8. Your house seems a little more “magical” than everyone else’s

Do you have something Disney related in every corner of every room? A Mickey blanket here, a Cinderella snow globe there. It’s easy to accumulate yourself a pretty big collection of Disney items. This is common for huge Disney fans, but it is also common for Disney characters themselves!

Do you feel like there is always something missing while at home? Do you long to see either Cinderella Castle or Sleeping Beauty Castle? Do you cry every time you leave either one? Well, this is a sign that you are leaving your true home, the place where all Disney characters gather to be together. Unfortunately, unless you are an actual Disney character, the majority of us cannot be there every waking second. But in our hearts we know that it is home!

10. Walt will always be an inspiration

Yes, “it all started with a mouse”, but Walt was the man behind the mouse! He is the reason we have all our wonderful Disney parks, movies and television shows. He is truly a genius at making people smile and a brilliant businessman. He is an inspiration to a lot of people, but a true Disney fanatic will see how amazing he really was. We love you Walt!

If you are experiencing any of these signs and symptoms, you just might be changing into a real life Disney character! But that’s not necessarily a bad thing! Everyone loves a fun, eccentric Disney character! So don’t be afraid to whistle while you work or break out in song every now and then!