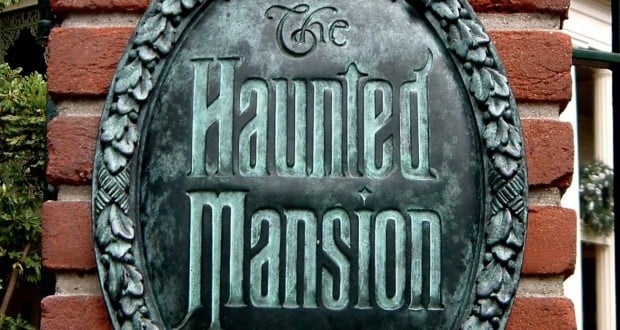 10 Spooky Secrets about the Haunted Mansion

There are only a handful of rides and attractions left at Walt Disney World that were Walt’s personal idea. And the Haunted Mansion is one of them. The final product of the Haunted Mansion is a little different that Walt’s original vision, but it’s absolutely no disappointment. And I think Walt would be proud. This eerie ride is full of secrets, and we’re “dying” to share them with you!

Unfortunately, Walt passed away before the opening of both the Haunted Mansion is Disneyland and the Haunted Mansion in Disney World. But neither ride is what Walt had originally planned it to be. In the beginning, Walt wanted the attraction to be walkthrough; the idea for doom buggies didn’t come along until much later in the planning process. The story line was also much different. Walt had an idea, which featured a character named Captain Gore. A captain who had an evil side and was believed to be the killer of his wife. There were many other storylines that didn’t make the cut. One even included a headless horseman.

Hidden Mickeys are a common thing throughout every Disney Park. The Haunted Mansion carries two of them. One is quite easy to find. It sits on the table in the ballroom scene. You will see three plated arranged in the shape of a Mickey head. The second one is extremely hard to find. It took me several times to see it. It’s in the graveyard scene towards the end of the ride. If you look to your right, you’ll see a woman ghost wearing a Viking cap. Near her you will see a coffin standing upright. Inside the coffin you’ll see a light forming a hidden Mickey. You may have to turn around to see it, but once you find it, you can’t miss it!

As you exit the ride at Disney World, you’ll notice a little cemetery to your left. This cemetery only holds “pets”. If you look towards to very top, you’ll notice a Mr. Toad statute. This is supposed to play homage to the ride Mr. Toad’s Wild Ride, which has been removed from Magic Kingdom.

As you walk through the ride queue, you will notice tombstones with names and funny rhymes written on them. At first glance, you may just think the names are random. But they are in fact, not random. The names written on the tombstone are names of imagineers who have helped create the Haunted Mansion.

There is a myth that has been going around that one of the singing bust’s faces belong to Walt Disney. This is in fact, not true. The busts’ faces and voices actually belong to Verne Rowe, Chuck Schroeder, Jay Meyer, and Bob Ebright.

The endless staircase inside the Haunted Mansion is kind of an eerie scene to be in. Everywhere you look, you see more and more staircases. It puts you in a state of disillusion for sure. The idea for the endless staircase was actually influenced by the Winchester Mystery House in San Jose, California.

One of the most memorable parts of the attraction is the séance room with Madame Leota. The face of Madame Leota was actually modeled after imagineer Leota Toombs. Madame Leota was voiced by none other than Eleanor Audley, who voiced Maleficent in Sleeping Beauty and Cinderella’s evil stepmother in Cinderella. Madame Leota also makes an appearance outside in the queue.

In the attic scene, before you meet the bride herself, you will notice five different portraits of Bride Constance and her husbands. As you float by, you’ll notice the husbands’ heads disappear each time. As the story goes, Constance supposedly beheads each and every husband to inherit his fortune. “Til death…. Do us part.”

The ballroom scene is full of secrets. It will probably take you a few ride-throughs to really see and notice everything. In the corner of the room, you will notice a ghost playing an organ. Believe it or not, this isn’t the original home of this organ. The organ was actually taken from the ride 20,000 Leagues Under the Sea ride after it was closed.

The Hatbox Ghost was a character that made it into the Haunted Mansion, but was removed. This ghost carried a head in his hatbox and appeared in the attic scene. Unfortunately, the concept just didn’t come together and just didn’t work. So it was removed.

So as you can see, a lot of hard work and creativity went into the creation of each any every Haunted Mansion ride. Next time you visit; make sure you keep these “secrets” in mind as you glide through each and every room. And remember, there are already 999 happy haunts, but “there is always room for a thousand”!