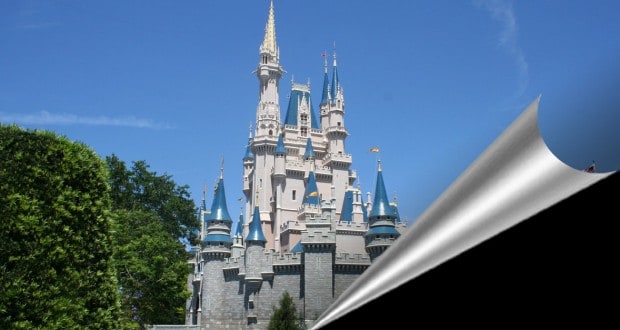 10 Things “Behind the Scenes” at Magic Kingdom

Did you know that Magic Kingdom, at least the part that you and I see when we enter the park, is actually the second story of the park? There’s an entirely different “land” in addition to Fantasyland, Frontierland, Futureland, and Adventureland and this part of the park keeps all the others going. What is it? It’s the Magic Kingdom’s Underworld, or at least that’s what I call it but Cast Members and the disney.com site refers to it as “Utilidors.” Imagine acres and acres of underground service tunnels in which park Cast Members skitter about doing their jobs unbeknownst to guests above. Disney holds these behind-the-scenes areas close to the vest so as not to dilute the magic we partake of as park visitors. In this article we will lift a corner of the iron curtain to take a peek at the hard work and engineering marvels that keep the Magic Kingdom going.

Webster’s dictionary doesn’t think so, but in Magic Kingdom it is a part of daily life for Cast Members. How was this underground marvel conceived? It began with Walt Disney being disappointed with a few logistical problems that arose once Disneyland in CA was completed. One day he noticed a cowboy character walking through “Futureland” to his assigned post – not a big deal to some, but Walt thought it robbed park goers of some of the magic. He determined from that point to construct his park in Florida differently allowing for an underground, or rather first floor service area whilst the rest of the park was built above.

Utilidors are a 9 acre network of tunnels comprised of 15 foot high walkways, meeting rooms, computer rooms, etc. with exposed utilities running along the ceiling. Eight million cubic yards of earth excavated from the man-made lake Seven Seas Lagoon was placed above the Utilidors and construction on the guest area of the park took place above. To this day, a barely imperceptible incline from the entrance of Magic Kingdom ushers guests to the 2nd story Magic Kingdom. Now Minnie, Minnie and the rest of the Disney gang can access their particular area of the park from underground.

8) Behind the scenes, or rather, under the scenes

The utilidors are a proverbial hive of activity with cast members engaged in a multitude of tasks. In these catacombs, an unbelievable 285,000 lbs of clothes are washed daily; much of the food in Magic Kingdom is prepared and cooked; vacuum trucks scuttle away garbage from the park and a multitude of delivery trucks drop off supplies. Utilidors spread out like a wheel from Cinderella’s Castle and are color coded to ensure that Cast Members not become lost. Walt even included names of the different lands above on the walls of the utilidors so that cast members who are colorblind are given added direction.

While tours are available of the utilidors, guests under 16 are not admitted because Disney doesn’t want children to be disturbed by seeing two Mickey’s passing each other on the way to their varied duties in the park above.

Yep, that’s right! I mentioned above that Magic Kingdom consists of two floors – but that’s actually not the whole truth. Fantasyland and the Princess Castle are on a 3rd floor which is totally by design giving the castle more height and because of this, is more easily seen from many places in the park.

Cast members park about 500 yards away from the park in a restricted lot and are shuttled into the Magic Kingdom Utilidor via bus. The main tunnel entrance is underneath Pinocchio’s Village Haus in Fantasyland.

Costumes for all characters and themed areas are available just inside the Utilidors. Magic Kingdom’s closet contains 1.2 million pieces of clothing making it the largest operating wardrobe department in the world.

There are more than 28 points in the park from which cast members access the Utilidors for easy access to their assigned areas of the park.

Larger restaurants in Magic Kingdom are split in two with a cooking kitchen below ground and a prep kitchen above.

Occupying 392,040 square feet under the Magic Kingdom, the Utilidors are a marvel of construction and efficiency. Next time you enjoy a visit with the White Rabbit from Alice in Wonderland, take a moment to remember that he actually did come out of a hole in the ground.

Tours are available of the Utilidors and other behind the scenes areas at Magic Kingdom with the Disney’s Keys to the Kingdom Tour. Reservations required.

Have you gone on this tour or have you an facts to add to this article?

We would love to hear from you! Enter your comments below.