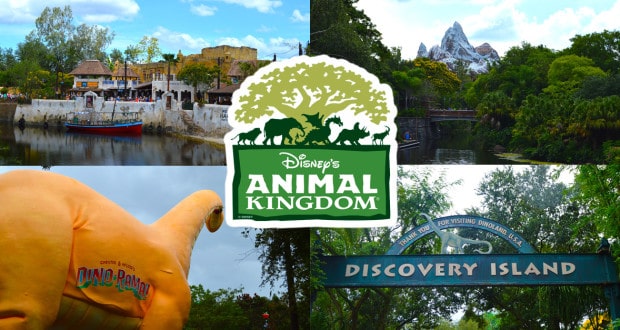 10 Things You Must Do First at Animal Kingdom

As work on Pandora: The Land of Avatar nears completion, Animal Kingdom is slowly changing its identity from a half-day park into a park that may require multiple stops on future trips. There is still much to see and do at Animal Kingdom, but here is our list of the 10 things you must do first at Animal Kingdom!

10 – Arrive at Rope Drop – until next year when Disney will begin the evening Rivers of Light evening show, Animal Kingdom will continue to close early, sometimes as early as 5 PM. You can get the most out of your day there if you are there first thing. It will also help you experience most of the rides and attractions without FastPass, too. This can be invaluable if you are considering park hopping and want to save them for another park at night.

9 – Grab a Snack – I know I’ve noticed the Joffrey’s Stand outside of Epcot, too, but that one doesn’t seem to have the same pull as the one at Animal Kingdom. I will almost always stop at the stand to grab one of the donuts that is the size of a 7 year-old’s head. My biggest question is always weather to get the vanilla, strawberry, or chocolate frosting! You can also get coffee, tea, soda, and other snacks at the stand, too. This is also a good stand to consider because the line tends to be much smaller than anything you will encounter inside.

8 – See if Divine is Hanging Around – one of my favorite things to see if I can scope out once I’m through the gates is whether Divine is in the trees on the Oasis. You usually can tell where she is if you see a crowd of people staring at the trees, but you may luck out and actually see her repositioning on her stilts from one spot to another!

7 – Grab a Times Guide – this should be one of the first things that you do at ANY Disney park! The Times Guide informs you of all of the times for special events that day. You’ll be able to know when certain characters are available for greeting (and also where they are located). You’ll also be able to discover the showtimes for your favorite attractions and if any of the restaurants or rides have special hours that day. The Times Guide is an invaluable tool!

5 – Ride Kilimanjaro Safari in the Morning – this is a good idea for two reasons. First, the ride tends to get a longer line the later in the morning and afternoon as people make their way to this corner of the park. Secondly, the animals are more active in morning as it hasn’t gotten disgustingly hot yet. There have been many times that we’ve ridden the Safaris in the afternoon and have seen very few animals walking around.

3 – ADR for Lunch – in an ideal world, you would want to make your ADR for lunch in advance (as close as possible to the 180-day window as you can). But, if you haven’t done so already, make sure you take care of this immediately upon entering the park because Animal Kingdom does not have many table service options. You only have three options to choose from: Tusker House, Yak and Yeti, and the Rainforest Café. Given the lack of choices, tables will fill up fast!

2 – Decide if You Want to Get Wet – this question is in reference to Kali River Rapids located in the Asia section of the park. You should make a decision early on if you want to do this attraction because the line will definitely balloon during the afternoon hours as the heat rises. Asking yourself the question earlier in the day will help you avoid the line by going early or by knowing that you’ll want to dedicate one of your FastPasses to it during the afternoon!

1 – Explore – Animal Kingdom has a lot of places for guests to explore on their own: Rafiki’s Planet Watch, the trails on Discovery Island, the Maharajah Jungle Trek, and the Pangani Forest Trail. Take some time to just wander – you’ll have an amazing time doing so and will certainly stumble upon something fun!