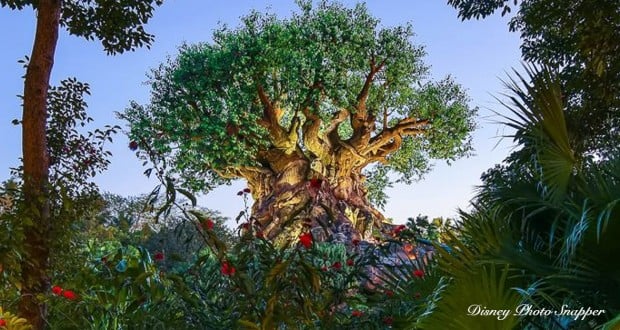 It can be tempting to just show up at Disney’s Animal Kingdom Park without any sort of plan or knowledge of hacks and hope to make things up as you go along. After all, even with some experiences temporarily unavailable, there’s still so much to see and do. But if you want to have the best time ever and avoid any potential disappointment, here are some useful tips and tricks…

10. “Be Prepared” With an Itinerary

While select experiences at Disney’s Animal Kingdom remain closed due to the COVID-19 pandemic, it’s still a good idea to prepare an itinerary ahead of your trip – even if you don’t end up following it down to the letter. This will, at the very least, help you to plan everything from breakfast to lunch, downtime to shopping, and attractions to night-time events. While The Lion King’s Scar is hardly someone whose advice you should follow, “Be Prepared!” is still a great philosophy to live by.

9. Make Your Own Extra Magic Hours

Extra Magic Hours will not be returning to Disney World (though there will be an early entry benefit later this year as part of the 50th anniversary celebrations). But that doesn’t mean you still can’t show up to Disney’s Animal Kingdom Park as soon as it opens and be one of the first in line for attractions such as DINOSAUR and Na’vi River Journey. If you’re late, though, you’ll risk throwing your itinerary out of sync, so stay up to date with the official Disney World website for opening and closing times.

The term ‘know before you go’ is also a good philosophy to follow in the lead up to your Disney World adventure. And having even a vague idea of the layout of Disney’s Animal Kingdom Park can help you shape your itinerary in the most effective way possible, and also navigate the area with some ease while you’re following it. But there are many other things to consider too, such as knowing what experiences are available, along with their opening times.

7. Save Time With My Disney Experience

With My Disney Experience mobile app’s GPS-enabled interactive map, you’ll be able to navigate the park with ease, and never have to look like a lost jungle explorer. But that’s just one of many features – there’s also Mobile Food & Beverage Ordering, as well as being able to see what attractions are available, checking for wait times, checking-in to restaurants and making the most of your Disney PhotoPass pictures by downloading Memory Maker.

Oasis is the Main Street, U.S.A equivalent in Disney’s Animal Kingdom Park, and it’s where you’ll find the hugely popular Rainforest Café, which houses its very own wildlife and jungle foliage. But that’s not why we’re telling you about this restaurant – we wanted to let you in on a little secret: its giftshop is actually an alternative entrance into the park, and can be accessed from inside and outside the ticket area. Ultimately, it’s a great way to avoid the herds of people!

There are plenty of things not to miss at Disney’s Animal Kingdom Park. One of those is the Tree of Life Awakenings, the awe-inspiring night-time event where beautiful animation tells the timeless tale of nature (this event occurs every 10 minutes after dark until the park closes). There’s also the incredible attractions Na’vi River Journey and Avatar Flight of Passage at Pandora – The World of Avatar.

One of the best tips you can follow where Disney’s Animal Kingdom Park is concerned is making sure you also visit at night. For starters, the Tree of Life Awakenings will remind you that we’re all part of the great circle of life, while Pandora – The World of Avatar is a breath-taking beauty whose bioluminescent features given even the movie’s eye-candy a run of its money (which is a lot). Disney’s Animal Kingdom really is a whole new world at night.

3. Be Sure to See “Everything the Light Touches”

Some might say that a ‘signature’ experience of Disney’s Animal Kingdom Park is an attraction or a night-time event like the Tree of Life Awakenings. And while those things are great, there’s nothing quite like an Expedition or Safari. After all, this is Animal Kingdom. If you’re visiting this park, the chances are you’re a fan of the likes of The Lion King and The Jungle Book, so why wouldn’t you want to see Disney World’s very own Pride Lands on tours such as Kilimanjaro Safaris or Maharaja Jungle Trek.

Pack too little, and you’ll end up needing something you don’t have. Pack too much, and you might end up a bit miserable – especially in the Florida heat. Be sure to pack basic items such as sunscreen, hand sanitizer, medications, your itinerary, your (charged) mobile phone and, of course, your wallet! Having a checklist beforehand is probably a good idea too. Either way, we think you’ll agree that packing the bare necessities will mean avoiding any unnecessary worries or strife.

1. Create Your Own Avatar

We couldn’t finish this list without talking a little bit more about Pandora – The World of Avatar. You’ve heard of its two epic signature attractions, but did you know you can actually create your own Avatar here too? Head over to Windtraders and create your own Avatar action figure, using state-of-the-art facial-scanning technology. You can choose different styles too, including size and hairstyle, and when you’re done, you can even purchase accessories for your figure. Reservations are required.

Remember – be prepared, and you’ll quickly forget about your worries and your strife, which will ultimately lead to the feeling of Hakuna Matata! In other words, following these tips and tricks could mean the difference between having a good experience and having an unforgettable one…