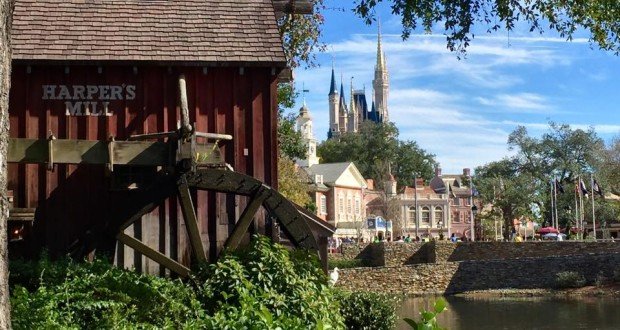 There is no other place that provides joy and happiness like Walt Disney World. The attention to detail and inclusion of attractions and rides really makes you feel like you’re in another world where your everyday worries are set free. A lot of planning went into making this the happiest place on earth, and there are some surprising facts behind what this enormous property entails. Here are fifteen amazing facts about Walt Disney World.

15. You won’t find a plastic straw or cup lid in Animal Kingdom. As a precaution, Disney purposely forbids these items because they don’t want them where the animals can get them.

14. Walt Disney World is the size of San Francisco, the fourth largest city (by population) in California.

10. The Cinderella Castle, which is the centerpiece of Disney’s Magic Kingdom, features 18 towers and 13 gargoyles. New construction is underway adding more turrets to the structure!

8. Mission: SPACE at Epcot provides motion sickness bags just in case of an emergency. There are two levels of training to choose from. Both offer the same training mission but differ in intensity. The Orange Team is the more intense training experience, while the Green Team is less intense.The Orange Team experience uses a centrifuge that spins and tilts to simulate speed and G-forces during launch and re-entry. The Green Team experience is a motion simulator ride that does not spin.

7. No gum is sold in Disney parks to help ensure that none of the tacky stuff is stuck to sidewalks and rides. If you’re a chewer, you’ll need bring your own gum.

6. Epcot’s American Pavilion is home to an American flag taken from the tragedy of 9/11.

4. Walt Disney World employs close to 60,000 cast members making it one of the largest employers in the United States of America.

3. U2 was first approached to be the starring Rock Band for Hollywood Studios Rockin’ Roller Coaster. When they declined, the ride was then based on the band Aerosmith.

Facts trivia 2015-07-06
Alyssa
Previous: 7 of the Best Restaurants in the Magic Kingdom
Next: 7 Meals You’ll Love in Magic Kingdom

Alyssa is a high school student from Florida. Ever since she was born, Disney has been in her life. She goes to Walt Disney World at least four times a year, and every year she sails on the Disney Cruise Line. Alyssa loves Disney so much, she has a closet full of Disney themed clothing, her phone case is even Disney themed! 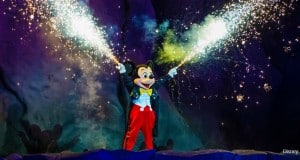