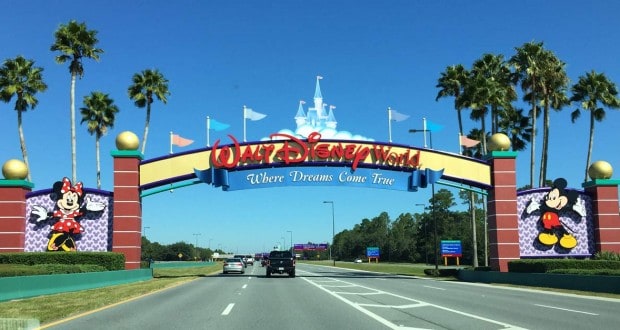 Walt Disney World offers a panoply of experiences, rides, attractions, and restaurants for you to enjoy. At times, it can be overwhelming trying to figure out what is worth the time and what isn’t. This list is meant to be a guide to my personal list of attractions to check out when at Disney World – I am treating an attraction, not as the ride, but as the shows or experiences where you are the audience and not so much the active participant.

15. Walt Disney’s Enchanted Tiki Room – this show in Adventureland stars a variety of birds and is a Disney World original! Much like popular variety and stage shows of days gone by, this show features many Audio-Animatronic singing birds and some tongue-in-beak humor. It rarely has a line and is a great way to rest up!

14. Country Bear Jamboree – located in Frontierland, this is another Disney World classic! Here you will be entertained by the a variety of singing bears and some other animals “hanging around.” Much like the Enchanted Tiki Room, the Country Bear Jamboree rarely has a line. It is great fun for everyone!

13. Hall of Presidents – located in Liberty Square, the name speaks for itself. This history lesson features every one of our 43 presidents (Grover Cleveland was both our 22nd and 24th president). I always enjoy the show here and marveling at the Audio-Animatronics. The show is a little long, but still very enjoyable.

12. Mickey’s Philharmagic – this gem is located in Fantasyland and is a wonderful experience. The show features Donald Duck and takes you on a journey through the music of most of the popular Disney movies of the 1990s, although there is also music from Fantasia! It is truly an immersive experience with 3D glasses and a splash of something special!

11. Monsters, Inc. Laugh Floor – located in Tomorrowland, this comedy show is hilarious! The show does rely on audience participation, so there is always a chance that someone from your party could be selected. This attraction is always on our family’s must-do list whenever we visit Magic Kingdom!

10. Voices of Liberty – be sure to get here before the show starts to catch a showing of Voices of Liberty. This singing troupe performs amazing renditions of classic Americana songs. What makes the performance awe-inspiring is they are all performed a capella. This is a hidden gem not to be missed!

9. Indiana Jones Epic Stunt Spectacular! – this show takes you on a behind-the-scenes look at movie magic in staging fight scenes and explosions. Some audience members are selected to participate in the show, so make sure you get there early if you want to get picked! Also, with rumors flying that this attraction may get shut down, be sure to enjoy it while it lasts!

8. Lights, Motors, Action Extreme Stunt Show – everyone will enjoy this thrilling stunt show! You’ll be amazed by the driving skill of these stunt drivers, but they also share some of the behind-the-scenes tricks filmmakers use in stunts! Don’t worry about using a FastPass, the arena is huge, just make sure you get there a little early to get some good seats in the shade!

7. Walt Disney: One Man’s Dream – this is an oft-overlooked attraction. Take your time as you travel through the history of Walt Disney and his creation of Disneyland and Walt Disney World. There is a movie at the end that is quite enjoyable, too!

6. Voyage of the Little Mermaid – this attraction features Ariel herself, as well as puppets to tell an abridged version of the Little Mermaid, but featuring all of the songs! The theatre is air-conditioned and there is even some mist during the show that will be sure to cool you off!

5. Beauty and the Beast – Live on Stage – this stage show features vibrant costumes, amazing singing, and dancing. The theatre itself is outdoors, but the seats are covered to offer you a respite from the sun.

4. Fantasmic! – arguably, the best attraction at Disney World, this multi-faceted show features Mickey and the entire Disney catalog of characters as they band together to fend of the forces of evil. Featuring flames, fireworks, water elements, music, and video, this show is sure to amaze! The show routinely fills-up for each performance – be sure to check the Times Guide on your day in the park and get there early!

3. Pangani Forest Exploration Trail and Maharajah Jungle Trek – these attractions allow you the ability to take a self-guided tour to see the animals of Africa and Southeast Asia close-up. You can see tigers, gorillas, hippos, and plenty of birds!

2. Flights of Wonders – this show featuring a variety of very talented birds has a great message about conservation and preservation of the environment. I didn’t discover it until recently, but I make sure to stop by on every trip to Animal Kingdom!

1. Finding Nemo – The Musical – arrive a little early for one of these shows as it is very popular. This darkened, blacklight puppet show sounds childish, but is an amazing show that tells the story of everyone’s favorite clownfish. The theatre is indoors and offers air-conditioning to cool you off and let you re-charge for the rest of the day at Animal Kingdom.

Attractions should not be overlooked at Disney World. Very often they can be a lot of undiscovered fun! They are also great because most rarely have lines and almost all allow you to get off your feet, rest, and learn things you might not have known! Who says that vacations can’t be just a little educational, too?