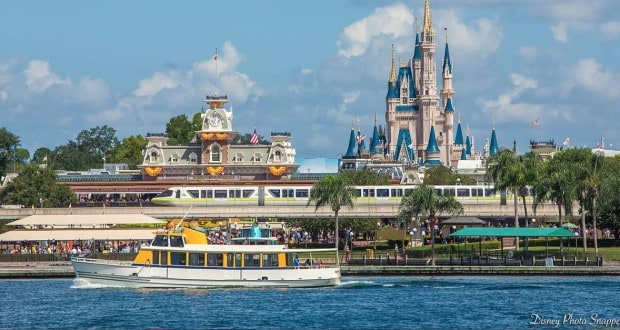 If you’ve been saving up for a visit to Walt Disney World Resort, then you’ll be glad to know that 2016 is going to be a fantastic year to visit. Here’s why:

From Disney Parks Blog “With innovative attractions and entertainment set to debut at Walt Disney World Resort in 2016, plus new dining locations and inaugural sporting events on the horizon, the year 2016 is shaping up to be truly Unforgettable for our guests. If you’re considering planning a Disney vacation in 2016, be sure to check out our 16 reasons why the new year should be the year for your visit! 16. Experience The Newest Offerings, Like Jungle Skipper Canteen & More – The new year is the perfect time to explore the latest and greatest guest offerings that will debut in late 2015, including the Jungle Skipper Canteen restaurant at Magic Kingdom Park; Club Disney at Disney’s Hollywood Studios; and the Ganachery candy shop at Disney Springs.

13. 2014 WALT DISNEY WORLD MARATHON – runDisney Events – The 2016 runDisney racing season kicks off January 6-10 with the Walt Disney World Marathon Weekend. This will be the first of four racing weekends held at the resort in 2016. Visit the official runDisney site for more information. 11. Experience The Magic of Nature With “Rivers of Light” at Disney’s Animal Kingdom – Starting this spring, Disney’s Animal Kingdom will come alive at night with the new Rivers of Light show. This innovative show will feature entertainers, floating lanterns, water screens and swirling animal imagery in a performance that truly brings the animal kingdom to life at night. 9. Dine at Tiffins at Disney’s Animal Kingdom – The park’s newest eatery will open its doors this spring to offer a menu inspired by the places the Imagineers traveled when developing the park.

7. Experience Frozen Ever After at Epcot – The new “Frozen”-inspired attraction will open its doors in Epcot’s World Showcase this spring. In it, guests will be transported to the Winter in Summer Celebration where Queen Elsa creates a special day for the kingdom. Guests will also travel to Elsa’s Ice Palace, the ice-blue world of the North Mountain, and the Bay of Arendelle.

6. Stop By The New Frozen Character Greeting Location at Epcot – Meet the royal sisters Anna and Elsa at Epcot at a new dedicated character greeting location starting in spring. 1. Try New Dining Offerings at Disney Springs – Disney Springs will continue to grow in 2016, with plans to add new eateries like STK Orlando, plus the opening of Town Center, which will feature Zara, Lilly Pulitzer, UGG, UNIQLO and many others. Watch the Disney Parks Blog for more information and opening dates.