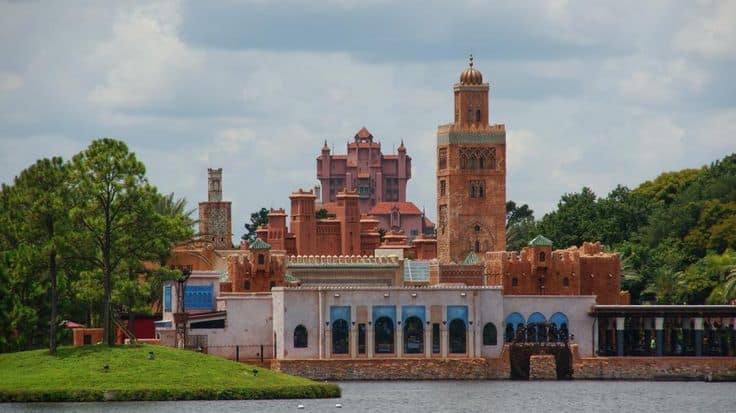 When the Tower of Terror was planned for MGM Studios (now Disney’s Hollywood Studios), Imagineers realized that the Tower would be visible from Epcot, behind the Morocco pavilion. Not wanting to detract from the authenticity of the pavilion, the back of the Tower of Terror was embellished with Moroccan-inspired decorations and painted the same color as the buildings in Morocco, to help it blend in with the Epcot attraction.