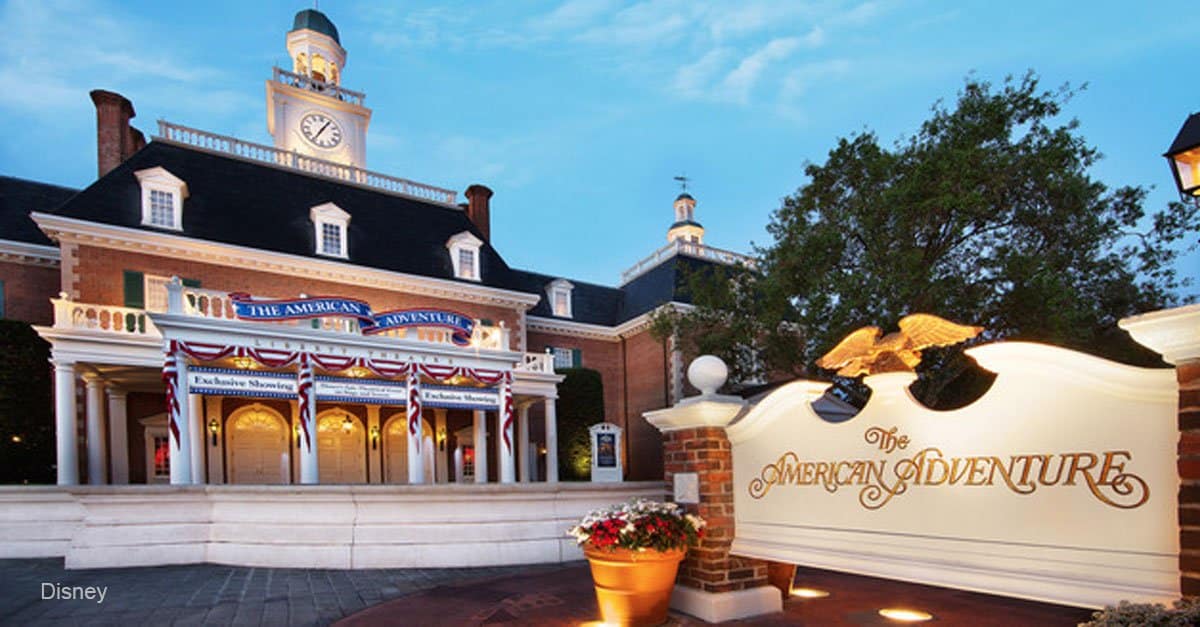 Imagineers use forced perspective all over Disney World to make buildings appear larger than they actually are. Epcot is no exception. The Eiffel Tower in Paris is actually much smaller than it appears, with the top being considerably smaller than the bottom to create the illusion of height. In the case of the American Adventure pavilion, the opposite is true. The building is actually five stories high, but imaginers wanted it to look like Independence Hall, which is only three stories. So oversized windows and trims make the structure appear to be much shorter than it actually is.