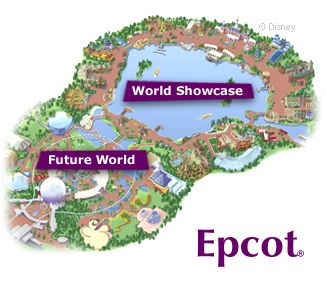 After Walt Disney died and the community idea for Epcot fell through, a new plan for was needed. Two ideas began to emerge – one for a futuristic, science-museum style theme park, and one for a world’s fair style attraction with pavilions dedicated to different countries. As you know, both of those came to be in Epcot. The glue that holds these two sections together in Spaceship Earth, which explores the connections between technology and how we communicate with one another around the world.