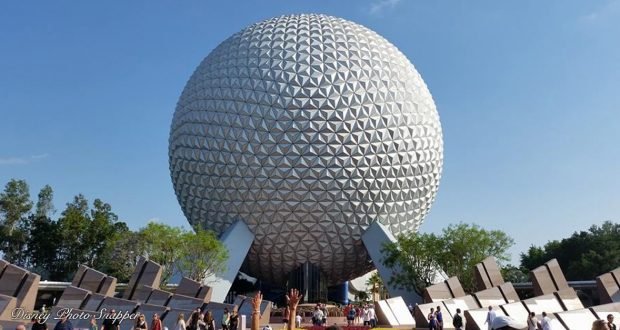 Epcot isn’t your typical theme park filled with thrill rides and roller coasters. Built on a foundation of ideas, technology, exploration, and culture, Epcot is the most unique of all the parks in Walt Disney World. Every guest’s imagination is challenged the second they walk through the gates and see the massive geosphere. The geosphere is the correct term for the “golf ball” that is most associated with Epcot. Fear not Disney fanatics, Epcot isn’t some boring history class disguised as a theme park. There are a few attractions that will make you wish you could experience them over and over again. We’re here to fill you in on the ones you need to book far in advance of your visit.

1) Test Track presented by Chevrolet – What is the fastest attraction in all of the Disney parks? It must be Aerosmith at Hollywood Studios right? Perhaps it is Space Mountain, it always seems we are going a hundred miles an hour in the dark? Maybe it is the freefall on the Hollywood Hotel Tower of Terror? If you guessed any of those you are incorrect. Test Track tops out at close to 65 MPH! With a fantastic ride queue where guests get to design their vehicle in the Chevrolet Design Studio and take it for a spin around the track. While this ride starts inside and then jettisons you outside, it will bring a tear to your eye, literally, from the speed while making those insane turns around the track! Sadly, you need to choose between this ride and our other two attractions for booking your Fast Passes. My advice to you is see if there is availability on the other attractions, as soon as you are scanned into this one.

2) Soarin’ Around the World – Prepare to have your senses of sight, sound, and smell taken on a ride around this great planet. The original version of Soarin’ took guests around the Golden State of California. Originally built for Disneyland, Soarin’ opened in 2005 while doing a complete overhaul of the flight and journey in 2016. Travelers can see the sights of the Great Wall, the original Matterhorn Mountain for all of you Disneyland fans, and the Opera House in Sydney. Some of the Disney magic included in the original were the whiffs of fresh oranges and pine trees while making their journey over California. Disney took it to another level with the smell of fresh cut roses when flying over the Taj Mahal along with a few others that we’ll leave you to find out on your own.

3) Frozen Ever After – Disney hit a homerun with Frozen when it debuted in 2013. It grossed over one billion dollars in the box office alone worldwide. Being set in a land that was modeled after an area of Norway, it only made sense for Epcot to get in on the fun and make an attraction about it. Maelstrom, the old Norway ride, was bit outdated and ready for an overhaul. It made too much sense for a Frozen attraction to take it places. This slow moving boat ride is a must do for any Frozen fan. This is also one of the most popular attractions for smaller guests whom don’t meet the height requirements for some of the other rides. The ride is filled with your favorite songs from the movie’s soundtrack along with all of the beloved characters from the movie as well. The technology used to project the characters is much like that used in Snow White and the Seven Dwarfs Mine Train in Disney’s Magic Kingdom.

There is plenty to see in Epcot for guests of all ages. It can be a bit frustrating waiting, sometimes for hours, for your next Fast Pass to be ready for use. My recommendation is to check out some of the rides with shorter wait times such as: (Spaceship Earth, The Seas with Nemo and Friends, Living with the Land, and the Three Caballeros located in Mexico). Some of these attractions may not be as “fun” as the others, but definitely provide a good pit stop to rest your feet and relax, while taking in all that Disney has to offer. It also isn’t a bad idea to set up Fast Pass bookings for one of the above “second tier” rides in advance to really minimize your wait times. It also doesn’t hurt to peak into the little pavilion while walking towards “The Land” and see how long the wait is for some character meets are. We were lucky enough to see Mickey, Minnie, and Goofy in one shot, and were able to cool off while doing so! Everywhere you walk in Epcot, it has a nostalgic feel to it. You can’t go wrong with however you decide to spend your time there. I can promise you that you will leave learning something new!