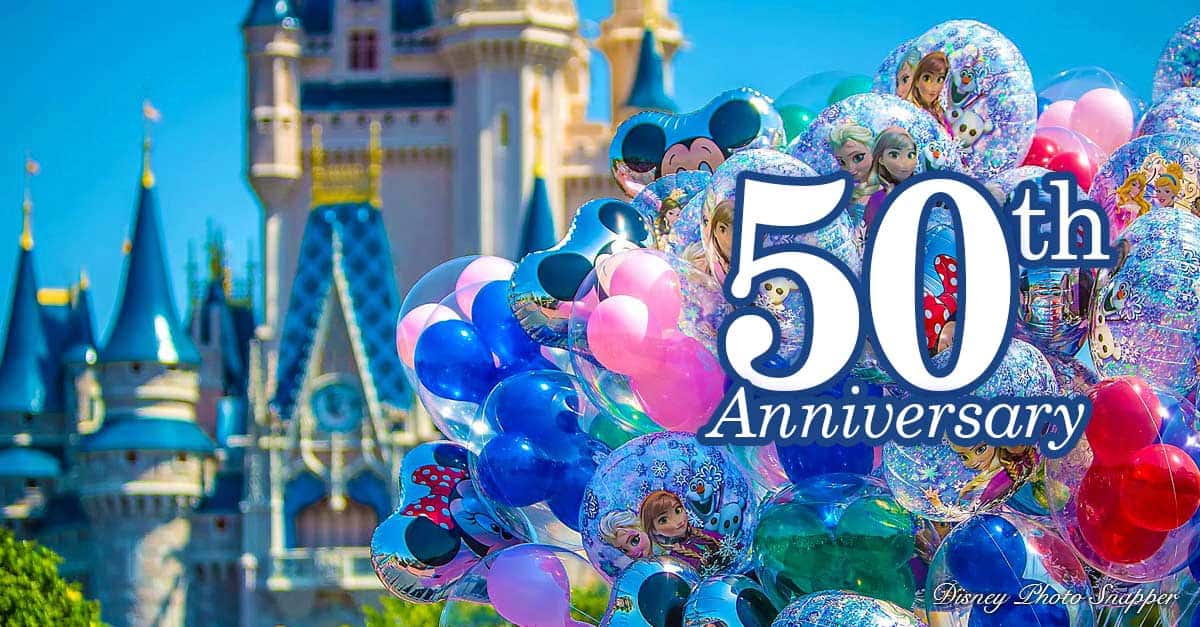 As most Disney fans know, Walt Disney World is coming up on their 50th anniversary. This occasion will be marked by a spectacular amount of celebrating at all four of the resort’s parks in the fall of 2021 and likely into 2022. For this reason, many people are planning a trip during this time. While there definitely are pros to visiting during a big anniversary year such as this upcoming one, it's important to note that there are also cons to consider.  In this article we will touch on those cons—as well as some of the pros you might find—when visiting during 2021. By keeping these in mind, you’ll be able to decide whether a trip during 2021 is ideal for your family.

Why You SHOULD NOT Visit During the Anniversary

Let’s begin by discussing the cons of visiting Disney World during an anniversary year. None of these is enough to ruin an entire vacation, but they are all things to consider when planning, and then keep in mind going into a fall or winter 2021 visit.

You never know what might come your way between now and the anniversary celebration, so going sooner is the safer bet, and many of the new things being added for the anniversary are available now anyway.

Because a number of new attractions will open for the occasion and because there will be hoards of fans arriving to celebrate the anniversary of the most magical place on earth, you can bet crowd levels will be much higher than usual. This makes navigating the parks more difficult and leads to longer wait times for your favorite rides.

If you aren’t a fan of big groups of people, we recommend choosing a less popular time of year such as September 2021 or January 2022, or picking another year entirely.

Disney has been raising ticket prices at least once a year for several years in a row now. Considering all the new entertainment options they’ll be offering, we think it’s reasonable to guess that they will be doing this yet again before the 2021 festivities begin.

New shows, restaurants, and rides all require “breaking-in” time. This is a period of time after the initial opening during which kinks are worked out. Sometimes this can last weeks or even months, and we’ve even seen new rides close multiple times a day during the first months after opening.

Because the anniversary celebration will feature a huge number of new attractions, we can expect many of these to be going through their own breaking-in periods, something that could be quite disappointing.

Most kinks will be worked out by the summer of 2022 though, meaning you could choose to wait and avoid these disappointments.