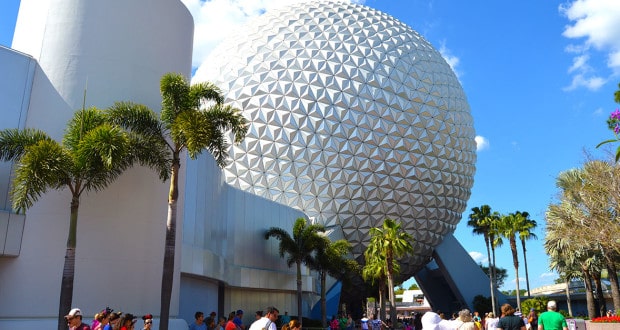 Walt Disney’s initial vision for EPCOT wasn’t an amusement park with rides and attractions. Rather, it was intended to be a giant “lab” of sorts – where titans of industry could come together to reshape urban development. Disturbed by what he saw as the decay of communities over time, Walt envisioned EPCOT as a large-scale project where citizens, as many as twentythousand, would actually reside (almost like lab rats) while various concepts were introduced and the subsequent results measured – stating “It will be a community of tomorrow that will never be completed. It will always be showcasing and testing and demonstrating new materials and new systems”. This Experimental Prototype Community of Tomorrow (or E.P.C.O.T. for short), would combine technology, industrial advancements, evolving transportation, and more – all with the ultimate goal of mastering state-of-the-art urban development. While certainly an interesting concept which could very well have a valuable application in today’s society – it doesn’t exactly scream “let the party begin!”. Thankfully, those entrusted with the direction of Disney World after Walt’s passing turned EPCOT into something exponentially more entertaining. Here are 5 EPCOT Future World Experiences For Your Bucket List:

5. Turtle Talk with Crush. No one can bring Hollywood magic off of a two-dimensional platform and into our three-dimensional world quite like Disney can. And they showcase that ability well in Turtle Talk with Crush. The animation of Crush on screen is unmatched as he seamlessly moves and converses with the children in the crowd. Ask a question and not only will Crush answer it thoroughly (and with humor) but he will move towards you and make eye contact. Your child will be awed as they interact with a character from a Disney movie while underwater.

4. Spaceship Earth. Not every ride needs to be a thrill-a-second blur with your hair on fire type of experience (and in some cases – such as with small children – the exact opposite is required). Enter Spaceship Earth. You can’t come to Disney World and not enter the iconic “geodesic dome” that is recognizable around the world. This slow-paced ride is not only an excellent opportunity to get off of your feet for more than a few fleeting moments and actually relax, but it’s also genuinely educational – utilizing animatronics to take the rider through the development of mankind from the days of the caveman to ancient Egypt to today and through the predictions of what lies ahead tomorrow and beyond.

3. Mission: Space. Enter the International Space Training Center to begin your journey on Mission: Space. Your training begins with famed Hollywood actor Gary Sinise – who takes you through the individual responsibilities of the “flight” crew: navigator, pilot, commander, and engineer. Once the training video is completed, riders are directed into the space capsules and strapped in for the space exploration simulation. Warning: if you are claustrophobic then this ride is not for you. The capsule is cramped to begin with – but when the entire console shifts forward to a position which is nearly inches from your nose, even the coolest customer will start to wonder if the oxygen in the air is slowly depleting.

2. Soarin. Combining sites, sounds, and even smells, Soarin is an exhilarating experience for the entire family. The ride is essentially a hang-glider simulator which takes the rider over some of the most breathtaking views on Earth – mountains, oceans, waterfalls, and yes – even a flyby over Cinderella’s Castle in the Magic Kingdom. One seated and locked in, the ride lifts you up into the air and moves you forwarded into position in front of an enormous screen. The IMAXlike experience then begins and includes blasts of air and various scents (ocean, pine, etc.) to make the simulation as life-like as possible.

1. Test Track. The fastest ride in all of Disney World, Test Track in EPCOT is one of the most popular attractions. Once again Disney Imagineers made the wait in line an experience in itself as the entrance’s pavilion is filled with various types of concept cars to examine. As you move further along, a video discusses various aspects of automotive design. Once inside the staging area, you encounter the Chevrolet Design Studio where interactive touch-screen displays allow you to create your own concept car. From there you are herded onto the loading platform for a five-minute thrill-ride which tops out around 65mph. After the ride is over, a wall of monitors grade you on your concept car design.

As remarkable as Walt’s initial vision was, I think most Disney Fanatics would agree that the final EPCOT product brings considerably more smiles and memories for families and thus prefer this version of EPCOT to Walt’s. And who knows – maybe someone reading this very article will be the one to pick up where Walt left off and complete his vision for an Experimental Prototype Community of Tomorrow. Just be sure to craft a different name for said experimental prototype. After all, the patent office of yesteryear may have been implemented by our founders, but it still very much relevant in our current “communities of tomorrow”.