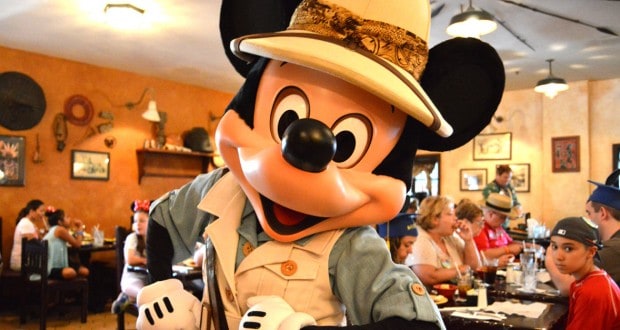 5 Most Popular Disney Characters of All Time

As you know, Disney has created some pretty remarkable characters throughout the years. From princesses and princes to elephants and friendly canines, the list of amazing characters goes on and on. In this article, I have narrowed down the top 5 most popular Disney characters of all time.

Starting our countdown off at number five is Dumbo the Flying Elephant! Dumbo is most definitely a classic Disney movie. This heartwarming film has touched the hearts of many, both young and old. The beloved elephant has his own attractions at both Walt Disney World in Florida, Disneyland in California, Disneyland Paris, Tokyo Disneyland, and Hong Kong Disneyland. Like many other Disney characters, Dumbo has appeared in a number of books based on Dumbo the movie. When you think Disney in general, Dumbo is definitely a classic character and is easily recognizable to any adult or child.

How can this rags to riches princess not be named one of the most popular Disney characters of all time? Her castle is the main focal point of Magic Kingdom at Walt Disney World Resort. Not to mention she has her own restaurant inside of her castle. Let’s not forget where it all started though. Disney’s Cinderella, the movie, became an easy classic in the 1950’s and even produced a couple sequels. When most people think Walt Disney World, Cinderella quickly comes to mind, so it’s easy to see why this princess would make our list.

Sliding, or should I say waddling, into our number three spot is Donald Duck! Most commonly known for his temper, Donald Duck has been around from the beginning. As one of Mickey’s best pals, he is definitely one of the most popular Disney characters of all time. With his large, extensive family, he has had many of his own cartoons. Donald has also appeared in a few attractions throughout the theme parks as well. My personal favorite is Mickey’s Philharmagic. It’s definitely worth seeing!

Admit it, we have all tried to impersonate the goofy yell. Yaaaa hoo hoo hooooey! Everyone loves this lovable dog. After all, he can walk, talk, and even drive! Besides being one of Mickey’s buddies, he just so happens to be a pretty awesome dad too. Goofy has also starred in many of his own cartoons and even starred alongside his son Max in A Goofy Movie and An Extremely Goofy Movie. It isn’t hard to see that in each of Goofy’s cartoons and movies he motivates us to be ourselves and try our best. Plus, he is always good for a few laughs! I couldn’t think of anyone better to hold our number two spot of the most popular Disney characters of all time.

Did you really think number one could go to anyone else? He is Walt’s own original creation and the official symbol of the entire Walt Disney Company. Mickey has inspired numerous cartoons, movies, holiday specials and so much more. Whether you are staying at a Disney resort or walking through one of the parks, Mickey’s influence can be found everywhere. This lovable mouse has brought smiles to the faces of so many children and adults alike. Without him, we wouldn’t have any of the great Disney cartoons, books, movies, and television shows we have today. We probably wouldn’t even have any of the numerous Disney parks or even the Disney Cruise Line.

The list of the most popular Disney characters of all time can go on and on. These are just a few of the wonderful characters that I believe hold the top spots. There will be many, many new characters to surface in the future, but these five characters will always hold a special place in any Disney lover’s heart. Each of these characters has a personality of their own and each one showcases the true essence of the Walt Disney Company. Disney definitely has a way of making us smile whether we are nine or ninety-nine.