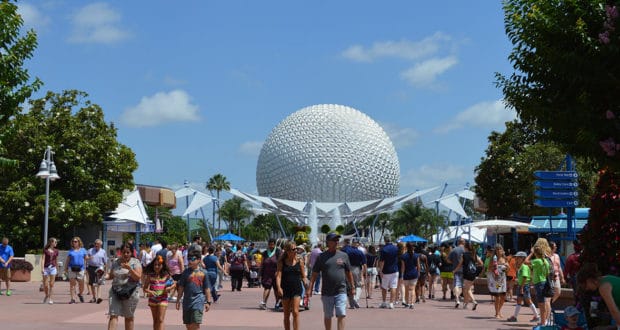 5 Reasons Why Epcot May Be Ready for an Overhaul

With the recent completion of New Fantasyland and the Hub expansion at the Magic Kingdom, the near completion of Pandora and the Rivers of Light at Animal Kingdom, and the huge expansion at Hollywood Studios, it is easy to see that Epcot is a park neglected. There have been rumors of refurbishments coming to Epcot, but here are five reasons that we think Epcot may be ready for an overhaul!

5 – Aging Rides – Epcot has never been known for having a bevy of rides for guests to enjoy, but the rides that are showing their age. Test Track received a refurbishment in 2012 and Soarin’ is almost at the end of the addition of a third theatre, as well as receiving other updates, but the other attractions have been left neglected. Captain EO has been closed for the second time and no permanent replacement has been announced. Living with the Land and Journey Into Imagination remain operational, as do Mission: Space, Ellen’s Energy Adventure, and Spaceship Earth, but no substantial re-design or re-imagining have been attempted for any of these attractions. We would love to see the Imagineers tackle one of these attractions after Soarin’ is finished, or even dream up something brand new for guests to enjoy!

4 – Entertainment Experiences – Epcot has recently been going through a lot of changes to the entertainment options made available to guests. Experiences have changed throughout World Showcase and the new options were not given a lot of time to take hold before they were taken out. There are smaller entertainment experiences that are truly enjoyable (the acrobatic waiters in France), but are not as widely publicized as others. There have been rumors that Epcot is going to be revamping the fireworks show, IllumiNations, but other than that there is nothing on the docket in terms of new entertainment experiences coming to the park.

3 – Future World Concept – with technology exploding at breakneck speeds, a lot of the future world concepts that were a feature of the park when it opened in 1982 are dated. We would love to see a more cohesive theming or rebranding of the Future World area. Future World West could be rebranding together as wonders of the natural world and the Future World East could focus on the scientific aspects of energy and motion and what happens when you combine them together.

2 – World Showcase Countries – there are currently 11 countries in World Showcase and there hasn’t been a country added to the park since Norway joined the slate of countries in 1989. Walking around the World Showcase Lagoon, we are able to see many empty places where future counties can be added and we know that there were plans to add counties such as Russia, Spain, and Israel to the nations represented. We aren’t asking for all three, but to see a new nation come to World Showcase would be great!

1 – Stressed Park – Epcot is home to the insanely popular Food and Wine Festival and Flower and Garden Festival. These two events take up about 5 months of Epcot’s calendar each year and as a result of the popularity of these events, the physical facilities are taxed by the influx of guests. We have also noticed during those festivals that is can get really hot walking around the park – we would love to see a little more shade for guests to retreat to if it gets too hot!