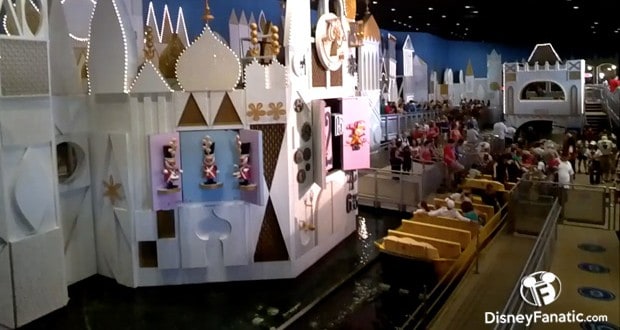 It's A Small World

5 Rides Your Teen May Hate at Magic Kingdom

Mr. Walt Disney promised the public they would enter ‘the happiest place on earth’ in his parks. This promise was extended to all ages; young, old and every one in between. Part of the magic of being sixteen, is I find myself between the age where I’m being hand-held through the parks or being able to pay for admission. However, at this age, some of the Disney magic can fall short without the rose colored glasses of childhood. The grandeur and glory is minimized during teenage years once we realize not every attraction is automatically enjoyable. I know not every ride/show has the same amount of pixie-dust-filled excitement so, this is my message to all the parents taking teenagers to the parks. You can get your money’s worth of smiles out of your teen! Just consider my advice, and avoid these “Top 5 Attractions Your Teens Will Hate at Disney World.”

5. Hall of Presidents
Most teens agree – history class is best left out of vacation. I didn’t travel countless hours, away from my school teachers and notebook paper, to find myself once again in the class room. As impressive as the animatronics of the presidents may be, it just isn’t what any teen wants to sit through on their vacation. It remains to be said that it can be an inspirational show for all Americans, however, don’t waste your time or money watching this show that’s also found on YouTube. Go enjoy the parks instead!

4. Country Bear Jamboree
I was subjected to this because of the summer heat, crowds, and my mother’s nostalgia (reason enough to see any show because I love my mom!), but musical bears, corny jokes, less-than-impressive animatronics, weren’t quite enough to win me over. I was bored, and caught a few zzz’s if I remember correctly.

3. Enchanted Tiki Room
The Enchanted Tiki Room presentation includes a “cast” of over 150 talking, singing and dancing birds, flowers, and tiki drummers. It originally opened in Disneyland in 1963 as “The Enchanted Tiki Room – Tropical Serenade.” However, the show has gone through a few changes over the years. The original version was replaced in 1998 by “The Enchanted Tiki Room- Under New Management”. With the addition of Zazu from the Lion King and Iago from Aladdin, the Disney creators tried to make the show fresh, nevertheless, it only lost its charm. Even for those who never experienced the original tropical serenade, the music and ‘enchantment’ still seems to be missing. It could be a perfect place to take younger children if it weren’t for the frightening tropical storm that occurs during the presentation.

2. Stitch’s Great Escape
People who come to Disney World don’t come to sit still, be pinned down, restrained from leaving a show and then subjected to disgusting smells, saliva spray, and blasts of loud noises, but this is exactly what guests endure in Stitch’s Great Escape. Everyone loves the family-based story of Lilo and Stitch, but sadly enough Disney didn’t develop a ride to lovingly represent our favorite Disney alien. Trust me, avoid this show and you’ll have a better day at the parks than the rest of us who have seen it!

1. It’s a Small World
The songs and images of creepy dancing dolls are still stuck in my head and I can’t get them out! In this attraction, a slow-moving boat takes you through a long and winding display of ethnic dolls but I couldn’t wait for the ride to be over from the second I sat down. Dolls sing the same thing over, and over, and over, and over again. “It’s a Small World After All” will not cease to loop through your head once you remove your stiff legs from the vehicle. For many, this ride is an iconic Disney experience, but when weighed against the other shows and rides available at Disney, it’s left wanting. So I’d advise against taking your teen on this ride even for nostalgia’s sake!