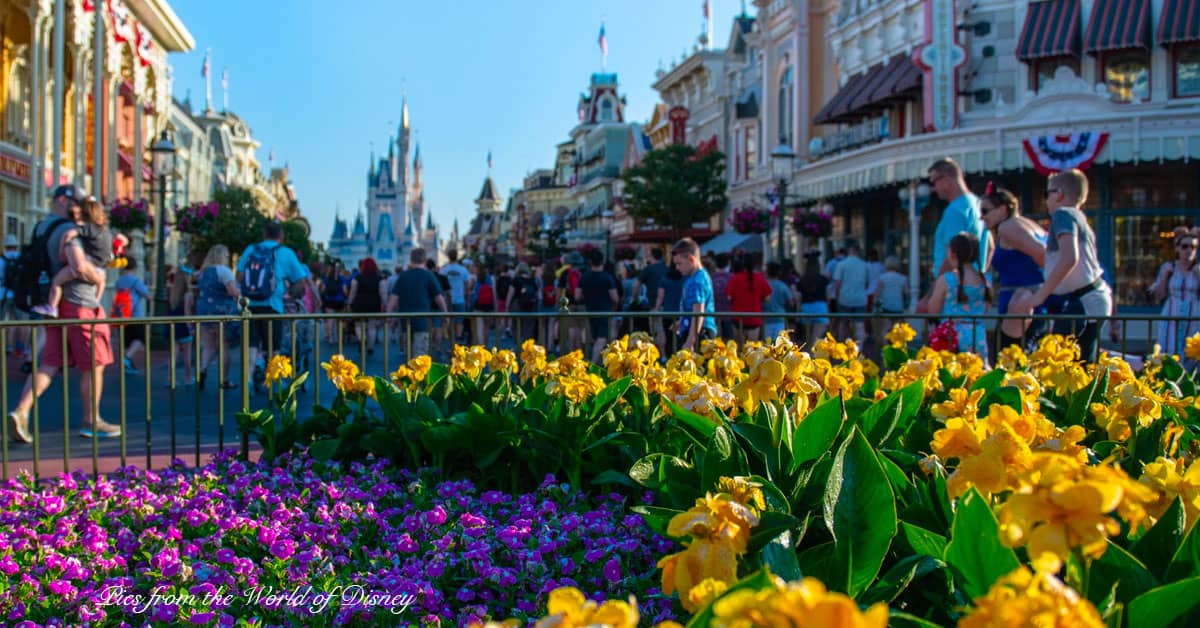 In may seem to be a contradiction in terms to use Disney World and winter in the same sentence.  Calling sunny Central Florida home, Disney World enjoys warm temperatures year-round, but experiences its own form of winter.  While other parts of the country and digging out from under snow drifts and driving carefully in ice-covered roads, guests at Disney World will experience other hallmarks of the Disney World winter season.  Here are the five things to know about and expect when you visit Disney World during the winter months!

Since Disney World is located in Florida and running makes people sweat a lot, most of the runDisney events at Disney World are held around the winter months.  Two of the four races that call Disney World home are held during the winter months — the Walt Disney World Marathon Weekend in January and the Princess Half Marathon Weekend in February.  During these weekends, guests visiting the parks should expect higher than normal crowd levels as runners and revellers descend on property in the journey for Disney bling and sweaty selfies across the race route.  Guests will also experience some periodic road closures as Disney sets up the amenities needed for the races, as well as during the race itself.  The races begin early in the morning, so the overall impact on guests not participating in the events should be very minimal.

Given the season, Disney uses this time to make the annual refurbishments and upgrades to the water rides and parks.  It is not unusual to see Splash Mountain and Kali River Rapids to go down for refurbishments totaling 4 to 6 weeks during January and February.  Also during the same window, Disney will shutter each of the water parks so appropriate maintenance can occur.  Waterslide lovers do not need to despair, though.  Disney only closes one water park at a time so you’ll still be able to cool off and float around a lazy river during your visit.  If your favorite attraction is Splash Mountain or you have a strong preference to Typhoon Lagoon as opposed to Blizzard Beach, be sure to research the refurbishment schedule so it doesn’t impact your vacation!

Cooler (and Maybe Even Cold) Temperatures

While you’ll never see a snow plow pushing snow down Main Street, U.S.A., Disney World is not immune to cold temperatures.  During the winter months, the weather can be extremely pleasant during the day with temperatures hovering in the mid-70s, but it also is normal for temperatures in the early morning and night to drop into the 40s and 50s.  Disney World (and Florida at large) will also experience some mornings where temperatures drop into the high 20s or 30s.  With a huge swath of weather possible during a winter visit, we suggest checking the extended forecast before traveling to Disney World and packing appropriately or else you might have to make an unexpected purchase of a new Disney sweatshirt in the gift shops!