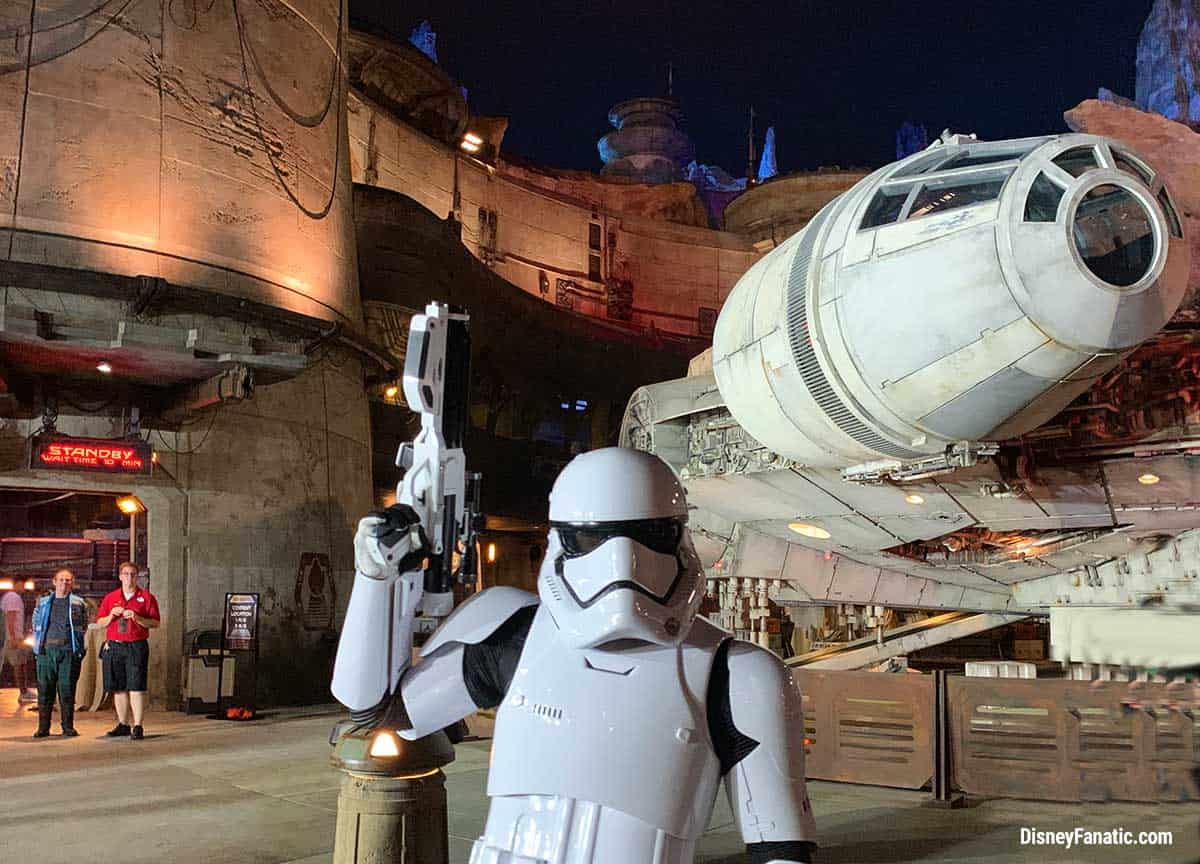 With Galaxy’s Edge now open to travelers from around the universe, guests visiting Batuu will now have the ability to climb about the Millennium Falcon and assist in navigating around the galaxy. Until December, this is

the only attraction open to guests, but there is so much to see, do, and experience aboard the Millennium Falcon – here are six things that you’re guaranteed to love!

Disney has made a concerted effort in the last five years to plus the experience that guests have while waiting to board their signature attractions at their theme parks. Waiting for Seven Dwarfs Mine Train, guests can participate in several games to occupy their hands and minds, while waiting for Flight of Passage guests can explore the labs, as well as view a full-sized Na’vi avatar. While waiting for Smuggler’s Run, guests are able to view the Millennium Falcon from multiple vantage points, as well as walk through the workshop.

While lines for Smuggler’s Run has fluctuated greatly since Galaxy’s Edge has opened, Disney anticipated that guests would be spending time in line for the attraction. Through the Disney Play app, guests are able to pass the time quickly by playing multiple mini-games in the app and also learn more about the Millennium Falcon. Make sure your party has a portable battery to re-charge your phone since the app does eat up your battery.

Once aboard the Millennium Falcon, guests are separated into six-person flight crews. Two people will serve as pilots, two as gunners, and two as engineers. Each team has a different set of responsibilities during the flight. And given that there are two sides to the ship, you have six different spots that you can ride every time. We have been trying to be the right-hand side pilot as they are the one who gets to jump to hyperspace.