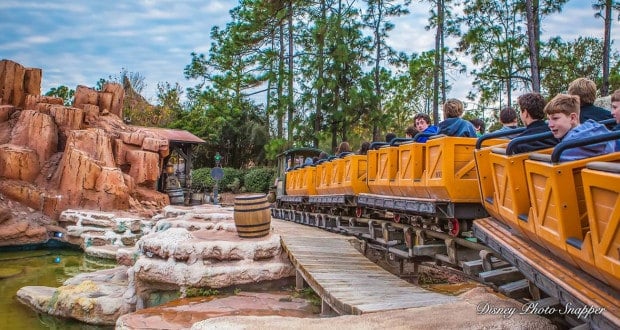 Upon entering Frontierland in Walt Disney World’s Magic Kingdom, you just can’t miss the towering red rocks of Big Thunder Mountain. It’s on pretty much everyone’s must-do list, and Fast Passes are popular for this one. As far as roller-coasters go, it’s very family friendly and somewhat tame (it only requires a lap bar, not a harness). But do you know the eery story behind the ride? Here are some facts about Big Thunder Mountain that are anything but tame…

7. The Setting – The story of Big Thunder Mountain begins in the little town of Tumbleweed. When gold was discovered in the mountain in the 1800s, miners created a rail system to get the ore out. The town grew up around it at a booming pace, as tended to happen during the gold rush.

6. The Curse – Little did the settlers know, the mountain was a sacred site to local Native Americans. The spirit of BIg Thunder cursed the town and wreaked havoc on the mines in the form of a flash flood that wiped out everything. Consequently, the town was deserted, as the miners fled in fear.

5. The Ghosts – But the spirits did not rest. Explorers later stumbled upon the mine railroads where the locomotives sped recklessly around and around with no engineers or passengers to be found. They opened the railroad up to thrill-seeking tourists who can ride the possessed trains – if they agree to ride at their own risk, of course.

4. The Imagineering – Big Thunder Mountain Railroad took 15 years to plan before it’s introduction in November of 1980. (The first Thunder Mountain opened in Disneyland a year earlier, however.) Numerous storylines were conceived and scrapped before the company finally decided on one that just seemed to fit. The ride along with its original storyline has become enough of a Disney classic that it has spanned all Disney Park locations with little variation throughout the years.

3. The Inspiration – Imagineers were inspired by the real-life beauty of Arizona’s Monument Valley for the WDW version of Big Thunder Mountain. The rock formations of the mountain are man-made, but were formed to look just like the unique tourist-worthy views you’d find on a trip to the Southwest. Imagineers took great pains to make it seem that the railway was formed within and around the mountain, rather than looking like the rock was formed around the rails.

2. The Names – Next time you venture aboard the Big Thunder Mountain Railroad, take a peek at which train you are riding. Each has a unique name, including I.M. Brave, U.R. Bold, I.B. Hearty, I.M. Fearless, U.R. Daring, and U.R. Courageous.

1. The Numbers – Big Thunder Mountain takes up 2.5 acres of prime Magic Kingdom property in Walt Disney World, which incidentally is 25% larger than its counterpart at Disneyland. To make the rocks look realistic it took over 4000 gallons of paint. The ride consists of five cars, and each is designed to hold up to 9 riders. The track is 2,780 feet long with 3 drops, and riders must be 40″ tall to participate. Your thrills aboard the “possessed train” will last 3 minutes, 26 seconds.

There may not be any more gold, but everyone knows it’s worth rushing to ride Big Thunder Mountain on each and every trip to Disney World. Go ahead, throw your hands in the air – the spirits won’t care! 🙂

Magic Kingdom rides Walt Disney World 2015-09-05
Melissa
Previous: Dean Jones, star of Disney’s “Herbie the Love Bug”, passed away from Parkinson’s at the age of 84
Next: 8 Things No One Tells You About Visiting Epcot 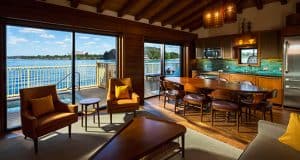 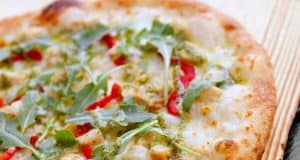 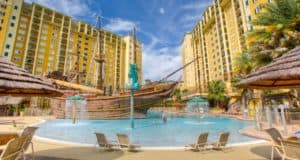