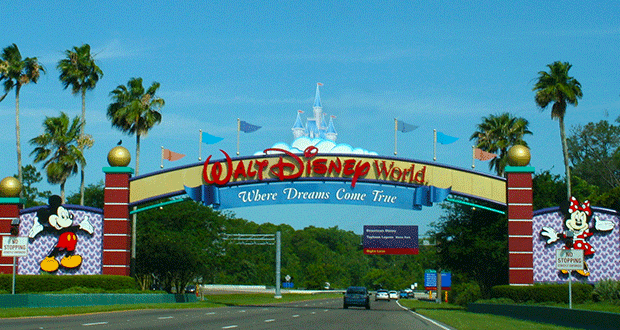 7 Things You’ll Miss the Day After Your Disney Vacation

Walt Disney World is a magical place filled with princesses, flying elephants, exciting shows, great food, and everyone’s favorite mouse. If you spend a few days at Disney you will get caught up in the magic. It is sometimes hard to return to the real world after a Disney vacation. Here are seven things that you will miss the day after you return home, and maybe even for weeks after that.

In most places, fireworks are for special occasions. You’ll see them on the Fourth of July and maybe at midnight to welcome in the New Year. At Walt Disney World, fireworks are held nightly. You can see Wishes and the fireworks portion of IllumiNations at many different places on Disney property, you don’t even have to be near a park. If you stay long enough, you’ll get used to seeing them each night. Once you return home, the evenings will seem quiet and a little bit darker.

6) Making Small Talk With People From Around the World

One thing that you probably won’t miss about Walt Disney World is standing in line. Unfortunately, that is a part of every Disney vacation. What is fun, though, is striking up a conversation with a complete stranger who lives in a different part of the country, or even across the globe. It’s interesting to learn where someone else is from and hear a little bit about where they live. It’s not quite the same if you strike up a conversation with someone in line at the grocery store back home.

There is something special about the Disney characters. Even if you’re not interested in taking character pictures, it’s fun to look to your left and see Donald, while Minnie is to your right. Looking for the characters becomes an important part of most Disney vacations. Once you return home, you’ll miss seeing them everywhere. You might even look forward to Halloween, because then you’ll be able to see Winnie the Pooh or Snow White once again.

Disney has plenty of cast members who go through the motions, just like you will find at any job. They’ll help you if you have a question and will be polite, but you won’t remember them when you get back home. There are some cast members, though, who have a strong love for Disney and it shines through. They’re great at making small talk as you wait to meet Mickey at Town Hall Square Theater, or they’ll offer suggestions as to the best hidden gem restaurants on Disney property. They will do whatever they can to help make your vacation more magical. They’ll make you feel as if you are the most important guest on Disney property. When you find such an employee, stop by Guest Relations and leave a compliment so that the cast member’s boss will know that he or she is doing a good job. Once you return home to the daily grind, you’ll miss their enthusiasm.

3) The Ability to Wear Something Fun

At Walt Disney World you can wear a T-shirt where your head replaces Grumpy, and no one will even notice. You can’t wear that to the office once you return home! Everyone at Disney looks great in Mickey ears. You’ll get used to seeing children dressed up like princesses and pirates. While on vacation you can let your inner mouse out and wear something fun without worrying that you’ll look silly. Once you return home, there’s a good chance that the Grumpy shirt and the Mickey ears won’t get a lot of wear, at least not in public.

Cinderella Castle is a thing of beauty. Whether it’s your first trip to Walt Disney World or you’ve been there dozens of times, you will never grow tired of seeing it. While the other three parks have great icons as well, there is something special about Cinderella Castle. While gazing at it you’ll believe in magic and that fairy tales really can come true. Don’t be surprised if you find yourself randomly looking at pictures of the castle once you return home. It symbolizes Walt Disney World.

Looking for Hidden Mickeys while at Walt Disney World is addictive. Seeing if you can find the likeness of the mouse who started it all is a great way to pass time while waiting in line. Some families will play a game to see who can find the most Hidden Mickeys during their vacation. The problem with looking for Hidden Mickeys is that it is difficult to turn the game off once you return home. You’ll suddenly notice that there are three connecting circles in the rug at the office, or you’ll look at the clouds and find Mickey there if you squint and look out of the corner of your eye. Even the gum on the sidewalk will take on a new form. If you really enjoyed Hidden Mickeys while on your vacation, you’ll find yourself making them to surprise your family. All you need is one large circle and two smaller circles.

2014-06-18
DisneyFanatic
Previous: The 5 Most Romantic Things To Do At Walt Disney World
Next: 10 Tips For Disney on a Diet – How Not To Gain 10 Pounds When You Visit