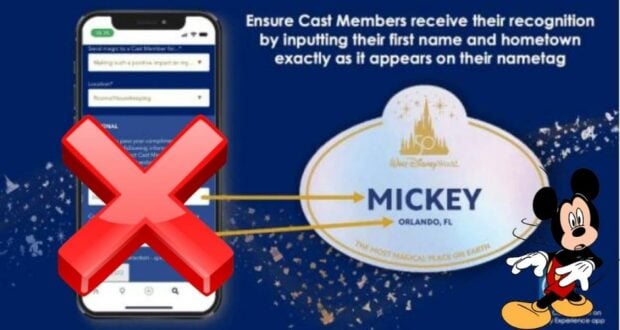 Cast Member: ‘Don’t Do a Cast Compliment on the App’

Cast Compliments are the ideal way for Walt Disney World Resort Guests to show their appreciation for Cast Members who truly helped make their vacation all the more magical. Previously, the two ways to ensure that a Cast Member got the recognition they deserved was to either tweet about it or took the compliment directly to Guest Relations. But, recently, the process has been streamlined to allow Guests to leave Cast Compliments on the MyDisneyExperience app. 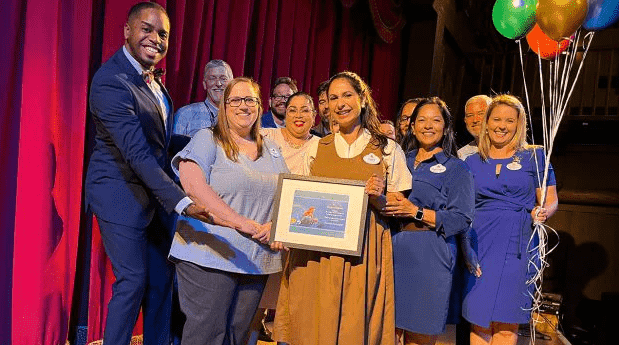 However, an anonymous Disney Cast Member has come forward telling Guests to leave their compliments elsewhere. Despite the fact that there have been well over 100,000 Cast Compliments submitted on the app within the first six months of the feature’s launch on the app, it appears that the individual Cast Members are still getting left out in the dark. This Cast Member also says that Twitter is no longer a suitable option for Cast Compliments.

The Cast Member took to Reddit to say the following:

So everyone knows…
Don’t do a cast compliment on the app please go to guest relations or talk to someone in the blue shirts. Unfortunately some locations, like mine, don’t put the recognizition on our record card or even talk about it. The only ones that get placed/talked about are from gr so please just go to gr or the blue shirt guys.

Several other Cast Members jumped in to comment and confirm that they did not receive any word of the mobile Cast Compliments, let alone see them added to their employee records. One Cast Member even watched Guests leave a mobile compliment in front of their face. 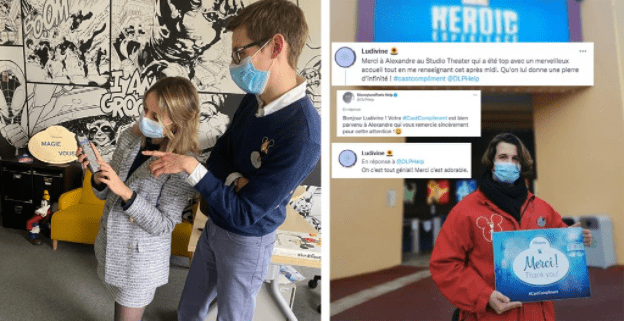 With the mobile Cast Compliment feature on the MyDisneyExperience app less than a year old, one can speculate that the lack of specificity in this manner is one of many issues that will be worked out in subsequent updates. However, there is no word at the time if Disney has a plan to fix this apparent issue.

We at Disney Fanatic recommend that all Guests take their Cast Compliments straight to Guest Relations for the time being. Guest relations is stationed near the entrance of every Disney Park, like the City Hall building on Main Street, U.S.A. at Magic Kingdom Park.

We will update our readers on this and other Disney Parks news and stories as more developments come to light.