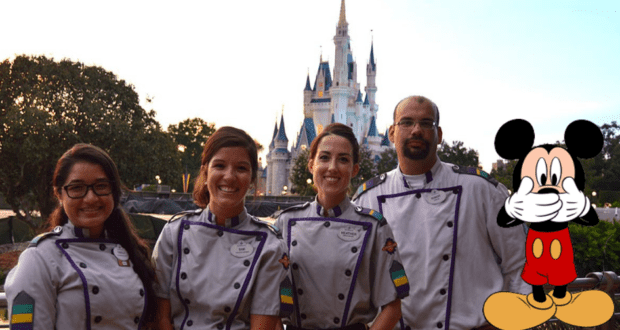 Here Are Things You Should NEVER Say to Disney Cast Members

Whether you head out to sunny California to embark on a visit to Disneyland or seek out the warmth waiting for you at Walt Disney World Resort in Florida, upon arrival at any Disney destination, you will be greeted by the welcoming, smiling faces of those cheerful Disney employees we know better as Disney Cast Members. Filling the roles in what may seem an unending array of different positions, Disney Cast Members are the ultimate ambassadors of Disney, spreading magic and making your special moments memorable. They really are a great bunch of folks with so many key responsibilities. Yet despite all that they do in the day-to-day, they keep their pleasing demeanor intact and never let on to whether or not they are tired, stressed out, or completely annoyed by a specific person’s aggravating antics. But we assure you that there are plenty of things Guests say and do that cause them to boil below the surface, despite playing it cool. And because we know you are all loving, loyal Disney fans who mean no harm, we feel that it is our duty to enlighten you on some of the tense topics you should try to steer clear of when speaking with a Disney Cast Member. 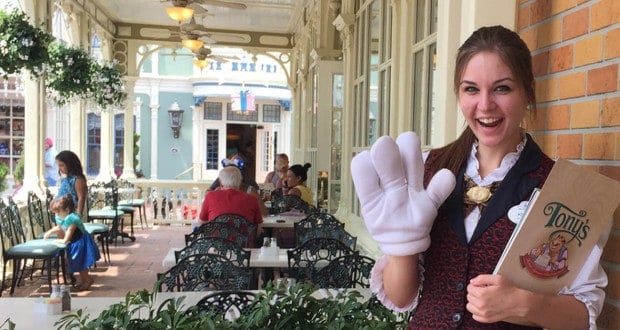 We can all admit that prices at Disney Parks and Resorts tend to be pretty steep in many cases. After all, you are visiting a top destination in the world, right? And a lot of money goes into running such operations. So, while there are still those known eyebrow-raising, jaw-dropping price shocks, you really shouldn’t be too terribly surprised to learn something costs far more than you anticipated. Still, it can be frustrating, we know that.

But complaining to a Disney Cast Member about costs and such won’t change a thing. They know it, you know it, and there’s nothing anybody can do about it. Whether the Cast Member you are airing your complaints to is a cashier ringing you up on said expensive purchase or part of the waitstaff at a dining establishment you feel is overpriced, just do everyone a favor (yourself included) and refrain from the negative money talk.

Disappointments are bound to arise, even while visiting such a magical place as Disney. An attraction is not operating for some reason (or may even close down just when you were next in line!), the weather isn’t cooperating, there is a sudden schedule change or unfavorable last-minute update to something you’ve been waiting for, the list goes on. And while having your perfectly envisioned plans foiled can be plenty of cause for a sudden meltdown, whatever you do, do not scapegoat the Cast Member tasked with having to deliver the blow.

They’re human beings, just like you, with the same emotions. They do not take delight in making anybody unhappy, believe us. They genuinely care about Guest service and do their very best to ensure you have the best time possible, under any circumstance. They do not deserve to be blamed for things they cannot control. As the saying goes, don’t shoot the messenger! 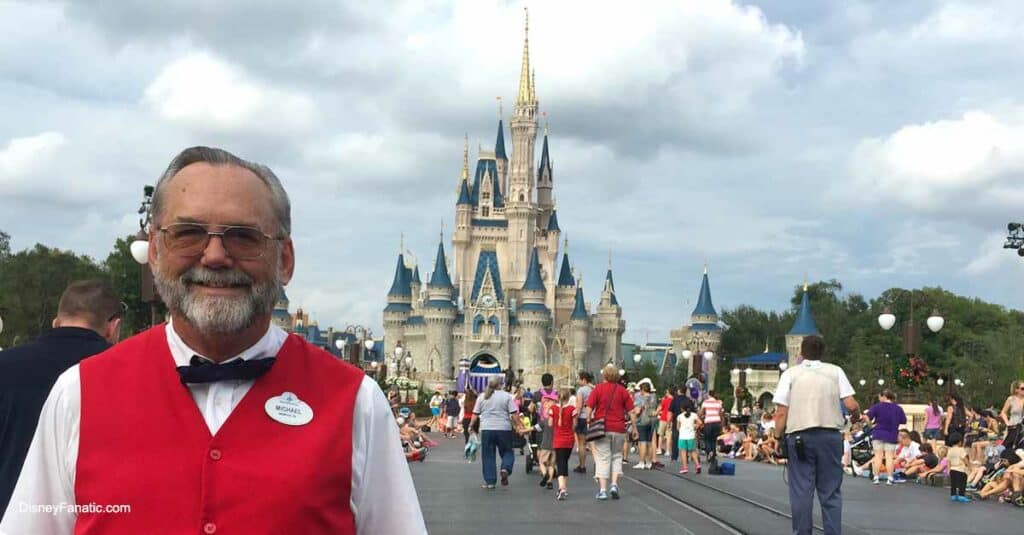 Just as you should never blame a Cast Member for any inconvenience you may experience at Disney Parks and Resorts, you should never try to get them to manipulate them into bending the rules for you by begging or even bribing them. At Disney, everyone is special, but that doesn’t make you more special than anyone else. Rules are in place for a reason—to keep the magic flowing for the mutual benefit of everyone. So don’t try to appeal to a Cast Member to sneak you into some special event you need to pay extra for or request they get you into an attraction that’s in high demand. Never suggest special favors or flaunt money to try and get your way. Not only is it uncouth, but you are putting the Cast Member into a very compromising position, and you will get in trouble. 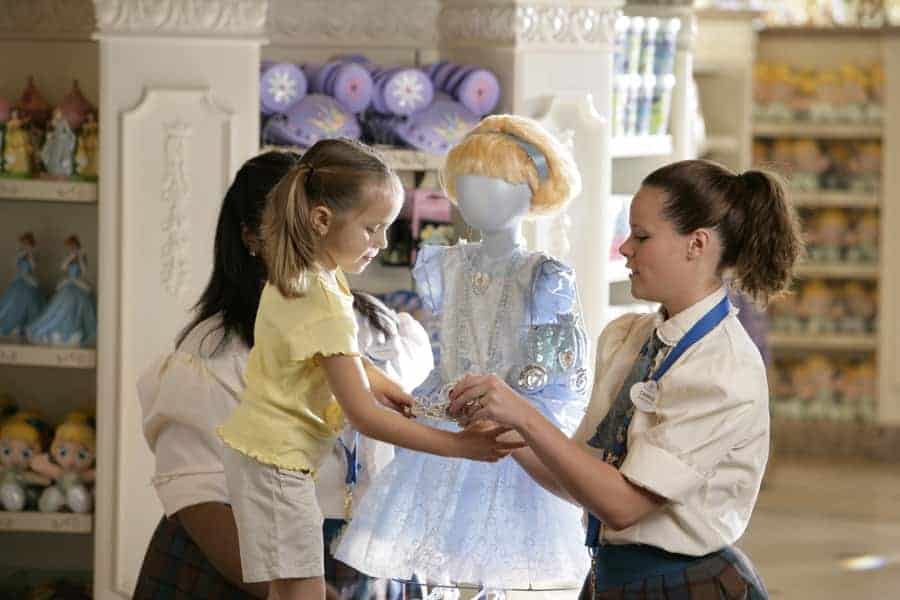 There are some topics you know you should avoid talking about in polite society. And talk of one’s salary and how much money a person makes in their profession is typically viewed as intrusive. Why, then, would you ask a Disney Cast Member such a question of this nature? Perhaps you’re just in the moment, enamored or enthralled by the prospect of working for Disney, and you are genuinely curious about how much they make. Still, it’s uncomfortable territory to be venturing into, and you’ll realize almost immediately afterward that you just put your foot in your mouth. 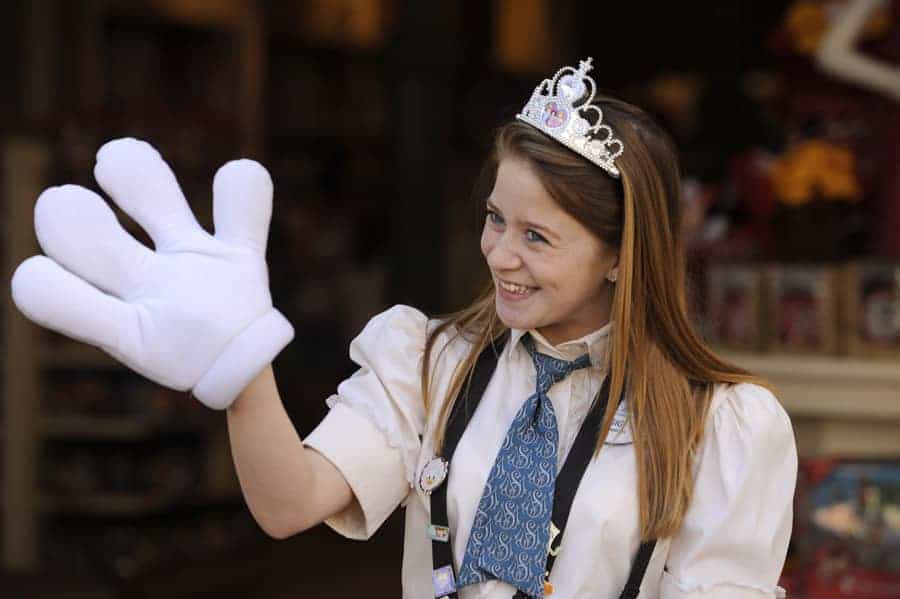 Because Disney Cast Member roles are greatly varied, so are the specific costumes and uniforms they must don as part of the job. And we all know that working in the stifling heat of Southern California or Central Florida can be zapping. The last thing any Disney Cast Member needs is to be pelted by well-meaning but annoying questions like whether or not they are hot. If you’re hot, they’re hot, no need for the rhetoric. 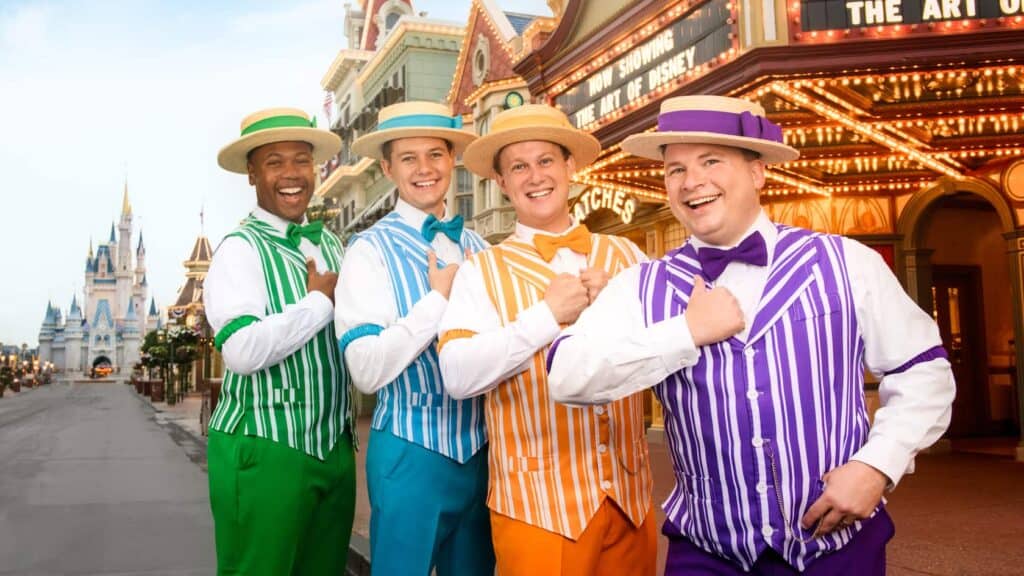 It’s also worth mentioning that Disney Character portrayers fit into the category of those you should avoid asking about being hot—especially fur characters.  And never, under any circumstance, ask these characters whether they are hot, sweating, etc. “under [their] costumes.” First off, you’re in a place surrounded by children. To them, these characters are the real deal and not wearing “costumes.” Second, you can’t really expect a fur character actually to answer with an affirming statement, now, can you? Again, asking such questions is wrong on so many different levels. Just don’t do it. 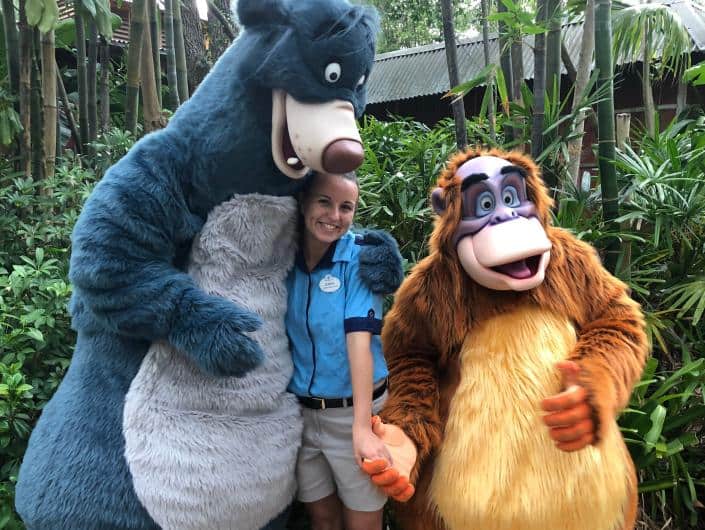 Related: Auditions Posted for Character Performers Ahead of the Return of Traditional Meet & Greets to Walt Disney World

5. Asking for the Dirt

Even dream jobs have their nightmarish moments. And the same is true for Disney Cast Members. But that doesn’t mean that you should ever directly ask them about the less-than-stellar aspects of their job. To go up and inquire of a Cast Member who just happens to be on the job right in the heart of Disney Magic, no less, what their least favorite part about working for Disney is would be absolutely unthinkable! 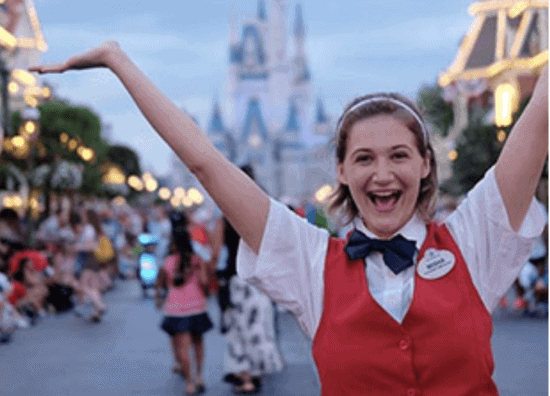 Some Guests, for whatever reason, come to the false conclusion that Disney Cast Members are all working at easy jobs that don’t require any real skillset or credentials. They also tend to assume that because there are seldom requirements for higher education involved in taking on such a position at Disney, many are high school dropouts or have never gone on to higher education. Don’t be so quick to judge! Many extremely brilliant, talented, and (yes) highly educated individuals have found work as Disney Cast Members. What’s more, there are plenty of cases where a job at Disney opens the door to even more elevated career paths down the road. Do avoid any talk or heckling queries that are the object of finding out about A Disney Cast Member’s educational status. 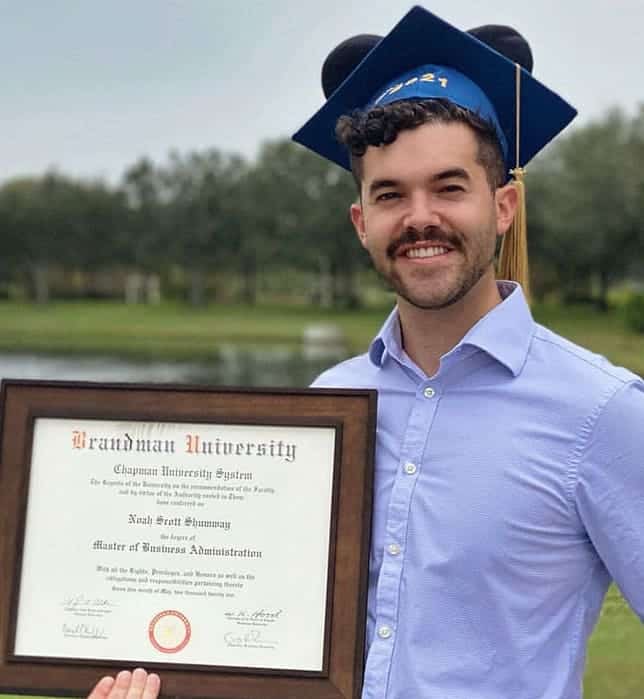 3. Requests for a Date

This may go back to the idea of bribing, but it also fits into the category of heckling and harassment. While Disney Cast Members are largely charming, friendly individuals who enjoy talking to you, do be sure to establish the appropriate boundaries that both society and commonsense warrant upon making new acquaintances. Do not take a smiling face and willingness to carry on a conversation with you as flirting. And whatever you do, you should not be flirting with on-the-job Disney Cast Members. Furthermore, do not under any circumstances cross a discomforting line by asking a Disney Cast Member out on a date. That’s getting way too personal and potentially seen as probing or invading one’s privacy. Moreover, it creates far too much awkwardness and opens up a huge can of worms. 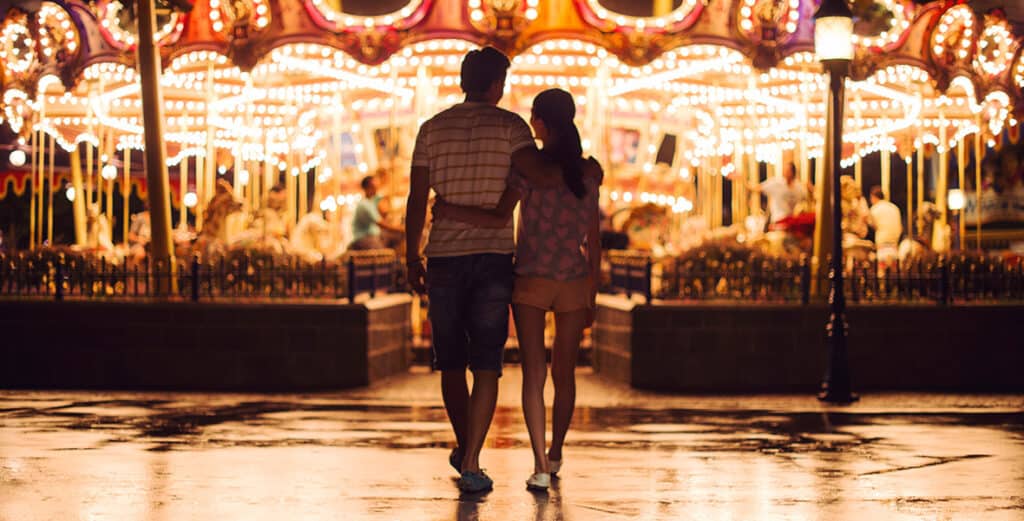 Related: Your DIY Guide to Planning a Disneyfied Date

We live in an increasingly diverse world. But these are also times of extreme bias and hostility both on an international scale as well as when dealing with issues that are close to home. Do take note that the Walt Disney Company presents a very inclusive, welcoming work environment for all people of all ethnicities and other distinctions in diversity. Therefore, it goes without saying that you are bound to see a cast of a thousand Disney Cast Members. And EPCOT’s World Showcase serves as a prime example of where you will run into diverse folks globally. All that being said, it is absolutely necessary to show all Disney Cast Members you come in contact with the rightful respect they are so due. Don’t let any potentially personal prejudices or judgmental thinking govern the way you interact with any folks you run into when on a Disney vacation. 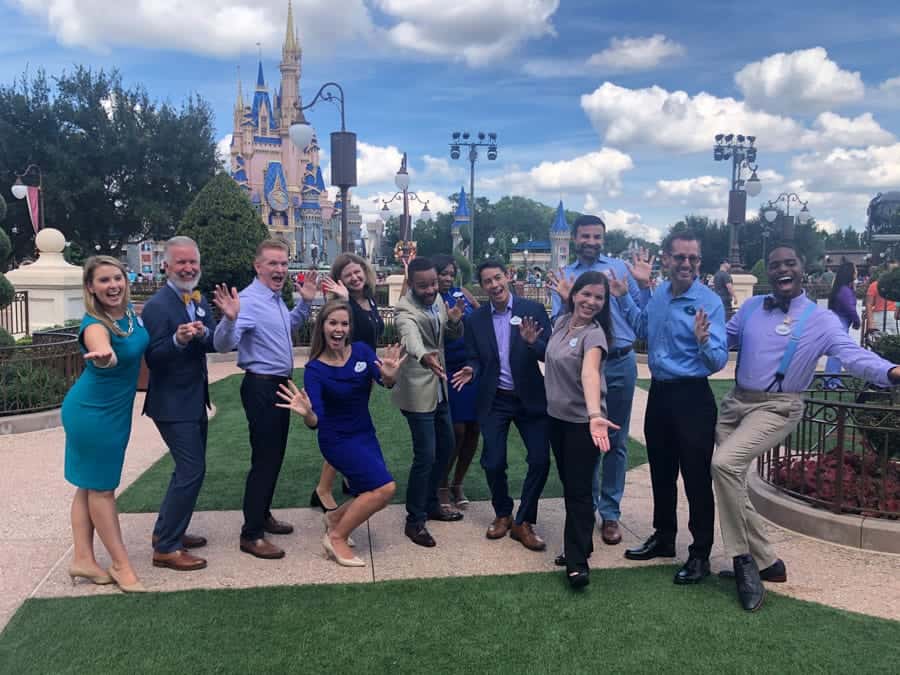 We’ve covered a lot of ground in advising against the blaming, bashing, judging, and harassing of Disney Cast Members. Now to sum it all up the ultimate culmination is our warning against whining and venting in general to any Cast Member who happens to come your way. To reiterate what we first said, these are people just like you with emotions and feelings. And just like you, they have obligations to fulfill. So, if one happens to cross paths with you, landing right in the crossfire of your meltdown, it really isn’t fair to unload on them. They are not your punching bag, nor are they your personal psychiatrist, and they really don’t need you to burden them with all your troubles. 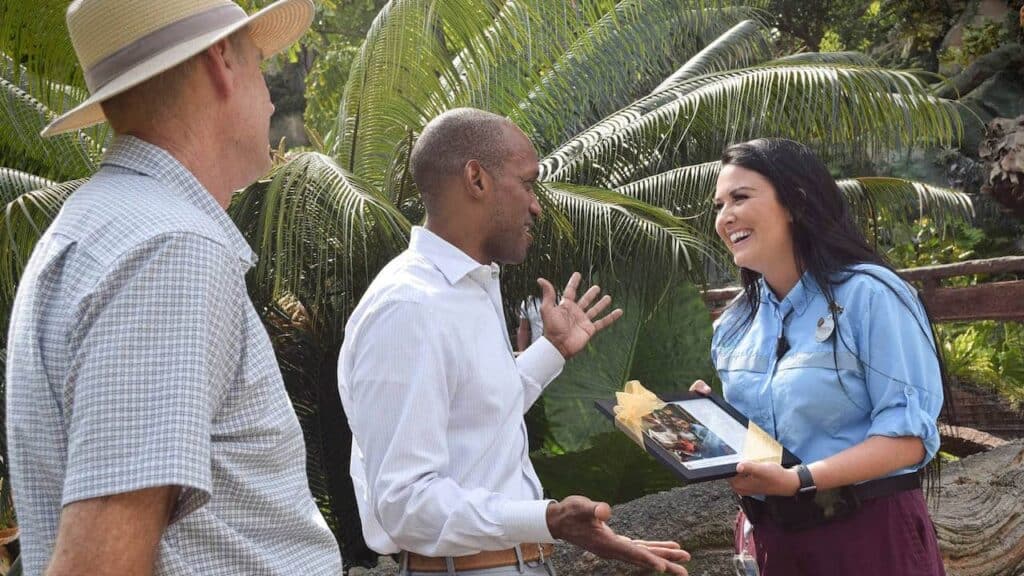 Disney Cast Members serve a crucial role in helping to carry out all the magic of Disney at whichever Disney destination you are on. It’s important to keep this in mind and be forever appreciative and grateful to them in all that they do in making wishes come true.