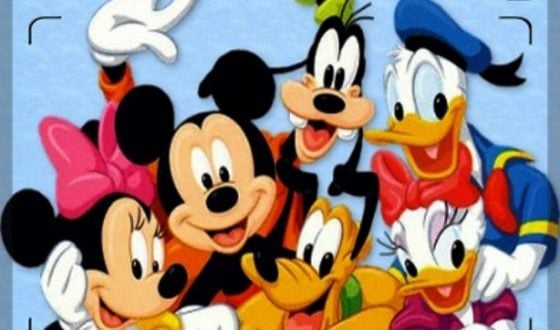 “Should auld acquaintance be forgot, and never brought to mind?” This is the question posed in Auld Lang Syne, better known to most as the “New Year’s Song,” as it is most often played to usher in the new year, every year. But getting back to the question at hand, should we just forget about our old acquaintances and put them out of our minds? We’d like to think not! And Mickey Mouse would probably agree, as he has had many good friends emerge over the years, as depicted through various shorts, comics, and other Disney works.

While many have taken a back seat far behind the more widely popular Fab Five, we still see references to some of these characters from time to time, alluding to the idea that Mickey stays in touch with all of his acquaintances to date. Whether you need a refresher to remind you about some of those long-ago pals or you’re part of the younger generation, perplexed by some of the more obscure characters references you may have come across briefly, here’s a list of some forgotten friends (along with a couple of foes) to help you out.

This cow comrade to Minnie Mouse was drawn into being back in 1928. Distinguishable by her height and dangling, signature cowbell jewelry, from the 1930s throughout the 1950s, Clarabelle Cow had an established, recurring character presence in Mickey Mouse featured shorts.

Sometimes a gossip and at other times a well-meaning advice-giver, two of Clarabelle’s most defining attributes include her tendency to incorporate “mooing” into her regular speech and the fact that she has been paired countless times with Goofy as his on-again, off-again girlfriend of sorts. While Clarabelle did not live up to the same lasting popularity as others in the Mickey and Friends gang, she has made subtle comebacks in more recent years, even appearing at Disney Parks.

Not long after Clarabelle made her first appearance, this lesser-known horse pal of Mickey Mouse made it on the scene. But he really actually had his first-ever appearance back in a 1928 Oswald the Lucky Rabbit Cartoon predating Mickey Mouse shorts. His first Mickey-based role, however, came about in 1929, when he appeared more as a domesticated pet horse.

Later developments throughout the 1930s, however, upgraded Horace to a more anthropomorphic status, elevating him to peer pal status with Mickey Mouse. He was the best friend Mickey had even before Donald Duck, who came onto the scene in 1934. Known for unintentional bragging and practical joking from time to time, Horace is the more steady, ongoing significant other of Clarabelle Cow. Like her, his presence within the Walt Disney Company has made more recent comebacks, including Park appearances.

Related: 9 Elusive Disney World Characters and Where to Meet Them

This red rooster of Mexican descent may be a little more familiar to folks, especially for those who have ever embarked on the Gran Fiesta in EPCOT’s Mexico Pavilion at Walt Disney World Resort. Making up one-third of The Three Caballeros, alongside Donald and José Carioca (see below), he is best known for his role in the feature-length film of the same name from 1944. He has also been featured in various Disney comics throughout the years and remains a character presence among Donald’s friends.

This large operatic hen, distinguishable by her large blue bonnet, has been a longtime friend of Minnie Mouse and Daisy Duck ever since her official introduction in 1934 when she appeared in the Orphan’s Benefit. While she has been included in several other Mickey Mouse works long ago as well and has even had reprisals in more recent years, she is widely overlooked by today’s standards, even more so than Clarabelle Cow and Horace Horsecollar.

Donald Duck has had many notable family members come into the spotlight through various Disney works over the decades. But this lesser-known second cousin of his stands in a shadow of near obscurity these days. He made his very first appearance in 1938 in a Donald Duck newspaper comic before actually getting screen time in 1939 where he was officially introduced via his own short Donald’s Cousin Gus. Characterized primarily as being “Donald’s country cousin,” Gus is a very lazy sort of fellow who has tendencies toward gluttony.

Related: 10 Things You Should Know About Walt Disney’s Donald Duck

While not an original part of Mickey’s barnyard friends, this short-lived blonde anthropomorphic dog character came onto the Disney scene in 1969 and was featured in the Mickey Mouse daily strip as a vying love interest for Goofy. Although the Glory-Bee character was finally dropped from storylines, there is reason to believe that her predecessor and character basis dates back to 1946, in the form of Minnie Mouse’s “Aunt Marissa.”

More of a comic character fixture, this anthropomorphic dog character was first introduced back in 1930 in the storyline Mr. Slicker and the Egg Robbers. In it, Butch appears as a robber – a criminal who, despite his less-than-stellar ways, truly does have a good heart and a sympathetic nature. Mickey senses this, and the two end up becoming friends.

Here is another mainly comic-based character that goes largely unnoticed today. Presented as an anthropomorphic goat character, Gideon Goat was featured in various storylines throughout the 1930s. Usually presented as a farmer, or even the local sheriff, Gideon Goat has a wife named Gertie who goes just as unnoticed.

Mickey and Minnie have many mousey relations between the two of them. And it is perhaps these two twin mouse nephews of Mickey who are the most recognizable on the list of extended family members. They have appeared in several comics, children’s books, and have even made onscreen appearances plenty of times throughout the decades.

Almost as equally recognizable as Morty and Ferdie are Minnie Mouse’s own nieces, Millie and Melody. And while several inconsistent references have been made in passing as a prelude to there being even more nieces, these two are the ones we most frequently associate with Minnie Mouse’s extended relations.

Yes, believe it or not, Mickey Mouse has an older sister. She is, of course, Morty and Ferdie’s mother. While her earliest portrayals from 1930s comics depict a much older female mouse not officially distinguished as being of any relation to Mickey, several reworkings throughout the decades have deemed her Mickey’s older sister just the same. She is also sometimes alternately referred to as Amely Mouse or Amelia Fieldmouse.

This cousin of Minnie Mouse hails from the city and is presented as being a blonde-haired (or furred) mouse who loves trouble. We saw her in the 1941 comic Love Trouble.

This is Minnie Mouse’s father. He appears as a farmer in the aforementioned Mr. Slicker and the Egg Robbers comic strip from 1930.

Not to be confused with other “Mortimers” as referenced below, this uncle of Minnie Mouse came on the scene in the 1930s. Through comic book presentation, he is a rancher from whom Minnie Mouse inherited an estate.

There have been a number of Disney antagonists to come to light over the years, many in Mickey Mouse storylines in particular. But Pete is perhaps one of the most recognizable foes throughout the decades. Presented as a large cat, Pete was first introduced as a designated nemesis as early as 1925 and has played a reoccurring role throughout numerous Disney works ever since.

While less popular than Pete, this other catty rival of Mickey Mouse was introduced in the 1929 short The Opry House. Later appearances included When the Cat’s Away and The Karnival Kid. With a name that plays on the word “catnip”, this fiendish foe is often depicted as a drunk anthropomorphic cat from the country.

Here is another Mortimer Mouse. Given the fact that the name was originally intended for Mickey himself, but then later scrapped in favor of something more cheerful, it seems only fitting that an antagonist mouse vying for Minnie’s affections would carry this name.

Mortimer was first introduced in 1936 in the short Mickey’s Rival and has been featured ever since, albeit less frequently than other antagonists like Pete.

We mainly know this gigantic onscreen figure from his recognizable role as the giant from the feature film Mickey and the Beanstalk in 1947. He also appears in Disney’s Fun and Fancy-Free, produced the same year. Even though he was intended to be an antagonist, his dimwitted favoritism with fans has in some ways reduced the edge on his intended sinister nature. He even played a more positive role as the Ghost of Christmas Future in Mickey’s A Christmas Carol.

Practically obscure today, this animated cat cartoon character, created in 1922 by Walt Disney and Ub Iwerks, predates both Mickey Mouse and Oswald the Lucky Rabbit (profiled below). In fact, the Walt Disney Company wasn’t even established when Julius the Cat started appearing in Walt’s original Alice Comedies, which combined live-action film footage with traditional cartoon animation. Those who see clips of Julius today most often mistake him for the more popular non-Disney Felix the Cat character.

This wise blue owl most recognizable by his blue coat and spectacles is no birdbrain. He is a scholarly professor who we’ve seen portrayed in various Disney works over the years. Some of his most widely known appearances came in such shorts as Melody from 1953 and Toot, Whistle, Plunk and Boom, which came out the same year. Perhaps his biggest claim to fame, however, comes in his position as host for Disney’s Sing-Along Songs, produced much later since the 1980s.

Here you have him – the first of Disney’s famed protagonists. Predating Mickey Mouse, Oswald appears as an anthropomorphic black rabbit with blue pants. He was created by Walt Disney while he and his team of animators were tied to Universal Studios. Once they parted ways, however, Walt had to leave Oswald behind and establish a new creation in Mickey Mouse.

Upon the Disney Company obtaining rights to Oswald once more in 2006, later storylines (including those established via the video game Epic Mickey), have displayed the relationship between Mickey and Oswald as one of half-brothers.

Disney has produced hundreds of characters throughout the years, not all of which have withstood the tests of time and popularity in the way that Mickey and his more immediate friends have. And while this sampling of forgotten or underplayed characters serves as a fair example, it by no means covers each and every Disney character in this category. But no matter how small the role, all Disney characters have their own “big” roles and remain uniquely original representations just the same.