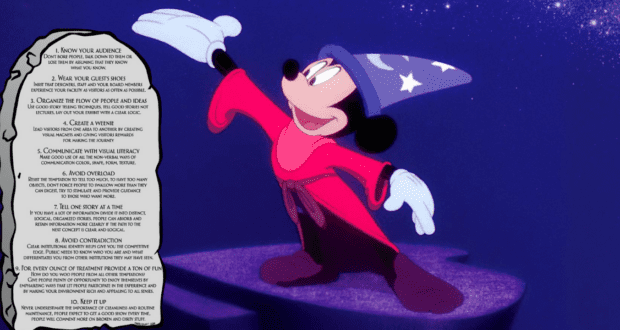 Do You Know About Mickey’s 10 Commandments?

Have you ever wondered why Disney Parks tend to be so much better than all other theme parks in regards to the impressive attractions and Guest experiences they present? How do they manage to cultivate such magical experiences so perfectly in a way that other venues just can’t match? It all goes back to the amazing wonders of Walt Disney Imagineering.

Disney Imagineering has been around from the very start. Even before the term “Imagineer” was officially coined, these creative teams of insightful, talented individuals were always hard at work within the Walt Disney Company, imagining up magical dreams and then turning such dreams into realities through innovation, ingenuity, and masterful handiwork.

There have been so many wonderful and influential Imagineers throughout the years, but one of the most widely recognized and distinguishable names over the decades has been Disney Imagineer and Disney Legend Marty Sklar. Having worked for more than five decades with Walt Disney Imagineering as a creative lead, Sklar earned many notable attributes and credits to his name. One of his most enduring claims to fame, however, is that he was the one who established Mickey’s 10 Commandments. Despite the name, Mickey’s 10 Commandments have nothing to do with Mickey Mouse, but everything to do with Disney Imagineering. They are the 10 golden principles that Imagineers strive to keep their focus on while working to create magical experiences for Park Guests, even to this day.  So, what exactly are these commandments? Here they are in numeric order, Mickey’s 10 Commandments. 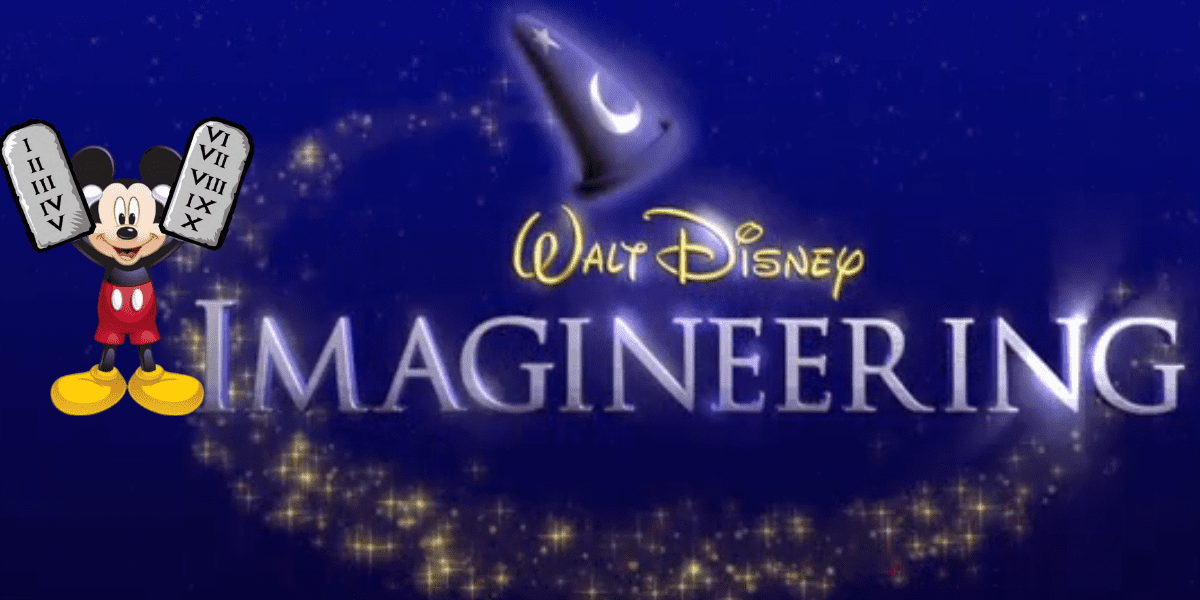 Before ever even beginning the designing phase of any conceptualized project, the very first course of action that any Disney Imagineer needs to take is to identify the primary audience an attraction is intended for. Consider the user experience of the Guests you are initially striving to entertain. In almost every instance you have family groups comprising of all different ages and interests. Or perhaps the design at hand is for a wilder attraction that comes with a height restriction. In that case, the audience may be more targeted. Either way, you have to approach all conceptualized planning with the intended audience in mind, avoiding any instances in which you may be boring them or causing them to lose interest or feel any discomfort. 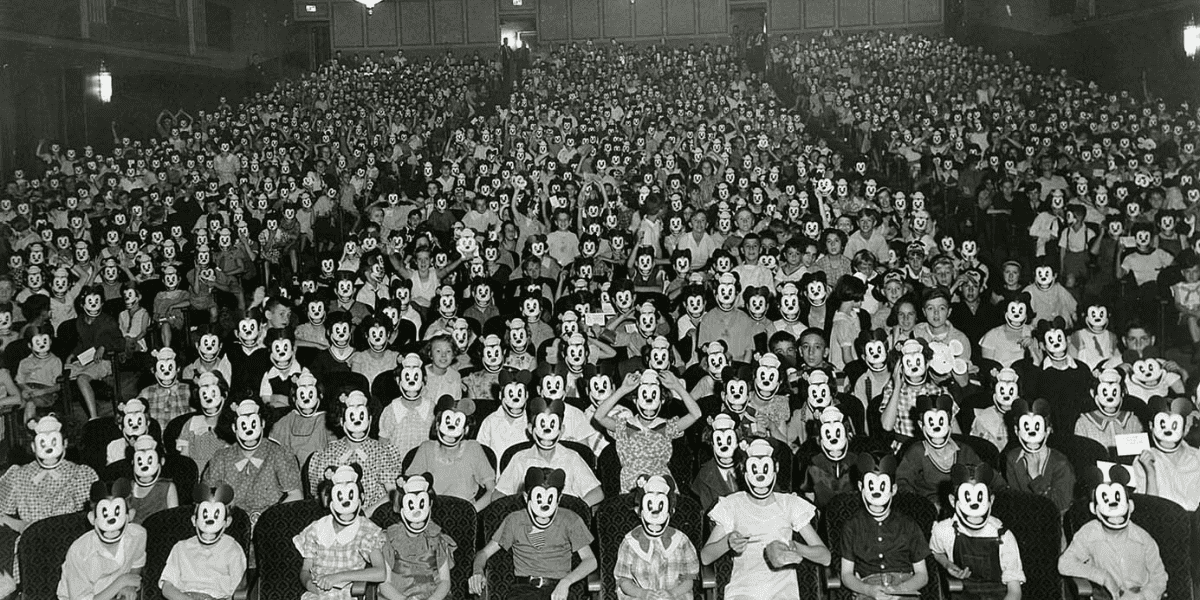 While “thou shalt know thy audience” remains rule number one, it’s also essential in the Imagineering process for the entire team that may be working to bring together a certain project to experience everything as a Guest would on a personal level. This goes beyond the planning and construction stages to even include visiting the Disney Park locations where your attraction is being showcased. According to various statements that have been made by pioneering Imagineers over the years, Walt Disney himself would personally encourage his Imagineering team to ride the rides, see the different shows, and experience firsthand what it was like to stand in line for the different attractions. He suggested they do so bi-weekly so that they never lose sight or feel of what it is like to be Guests at a Disney theme park. 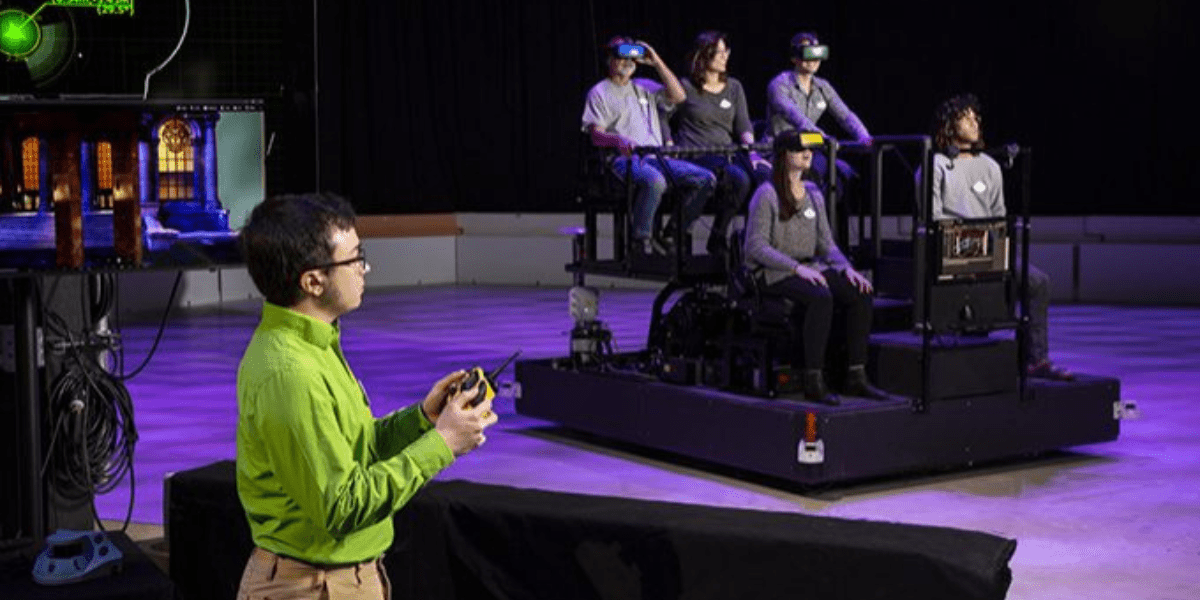 Related: Queue the Entertainment! The Best Queues to Wait On in Walt Disney World

3. Organize the Flow of People and Ideas

Presenting an interesting and engaging story is imperative to any Disney attraction. And it all must begin by laying out the framework and plotting everything out through the use of effective storytelling methods and techniques. You aren’t just reading off a good story to your audience in a direct and droning sort of way. Disney Imagineers must incorporate logic along with well-planned sequencing in making the plot flow, carrying itself interestingly and appealingly along while engaging Guests who are taking it all in—living the action rather than just being lectured to. 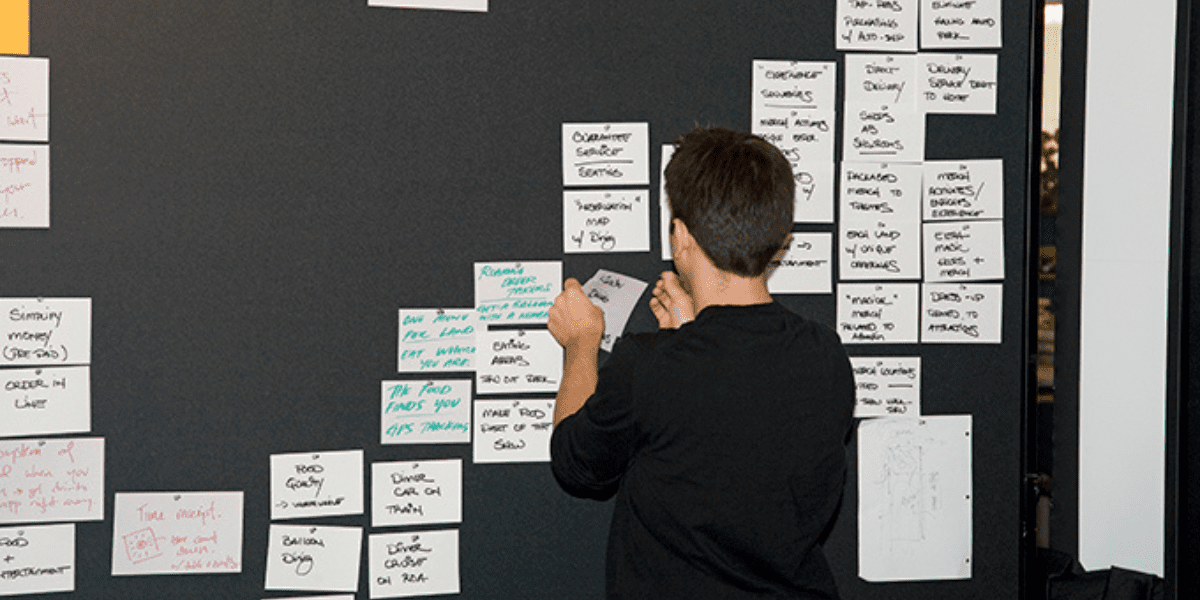 No, the Walt Disney Company isn’t instructing its Imagineers to start grilling up hot dogs for all who come to a given attraction. Although, I’m sure some Guests would love that. The “wienie” in this case, alternatively known as a visual magnet, is something pleasing and rewarding to Guests that literally draws them in. Sometimes it takes the form of a pleasing eye-candy display. Other times it’s a bigger part of something that makes you feel good, smile, or laugh.

For Walt Disney, such visual magnets really did take the form of wienies. Disney Historians have confirmed the actual usage of the word “wienie” by him and recounted the significance and story behind such terminology. As a young boy, whenever Walt Disney got to attend a zoo, amusement park, or some other fun place, the very first thing he’d seek out would be a wiener cart. It was the visual magnet and the thing that drew him in most! 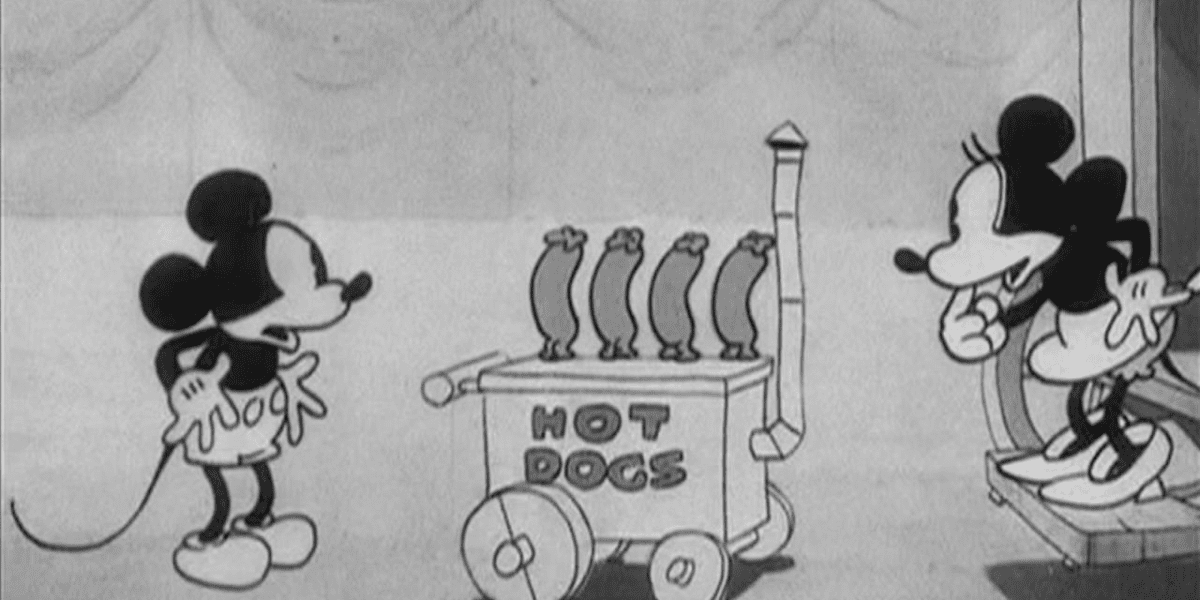 There are many different ways to communicate, well beyond just the obvious verbal methods. And the Walt Disney Company is all about engaging Guests by bringing forth far deeper sensory expressions and making good use of non-verbal communicative methods. While other sensory techniques also play a role in certain attractions, visual references and signaling are pretty powerful across the board. Disney Imagineers pay special attention to the different colors, shapes, forms, and textures incorporated in turning a vision into a visually appealing reality. 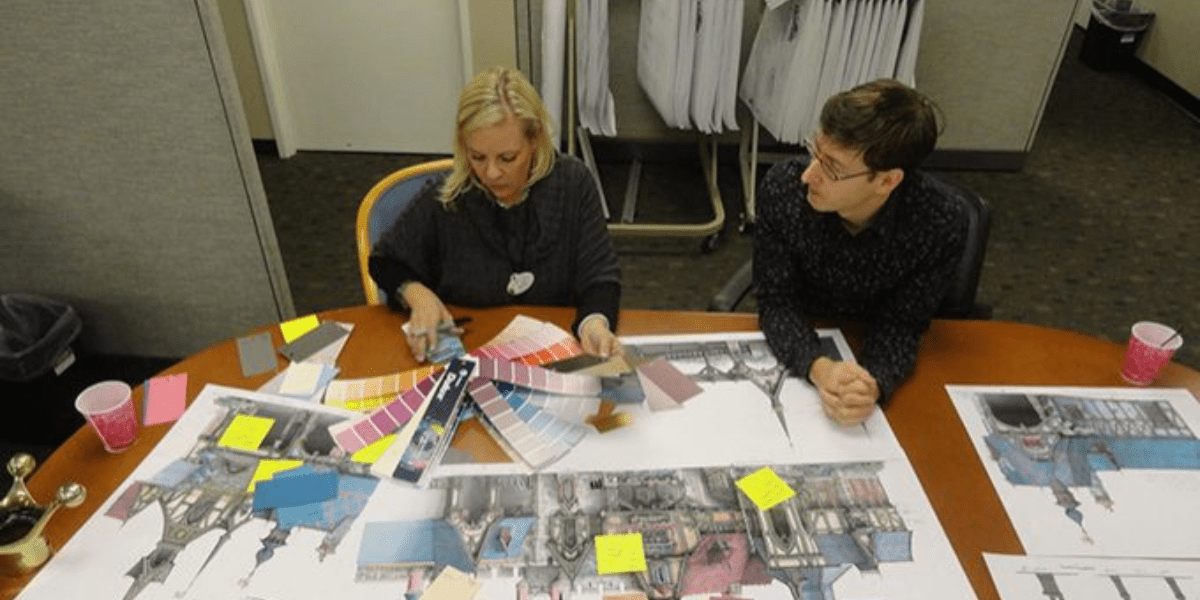 Related: What to Know About Vacationing at Disney World With a Disability

There’s no question that an Imagineer’s mind is constantly flowing with creativity and enthusiasm. But it’s important for them to practice restraint when executing an inspired idea by not overloading the audience. Having too many objects, visuals, sounds, and matter present can be both overwhelming and distracting to Guests. It is absolutely necessary to tone down each scene and every new sequence to the basic essentials and to properly plan for when to incorporate all other callouts as the story progresses accordingly. This way the audience will be rightfully stimulated, engaged, and amused in a more balanced and roundabout way. 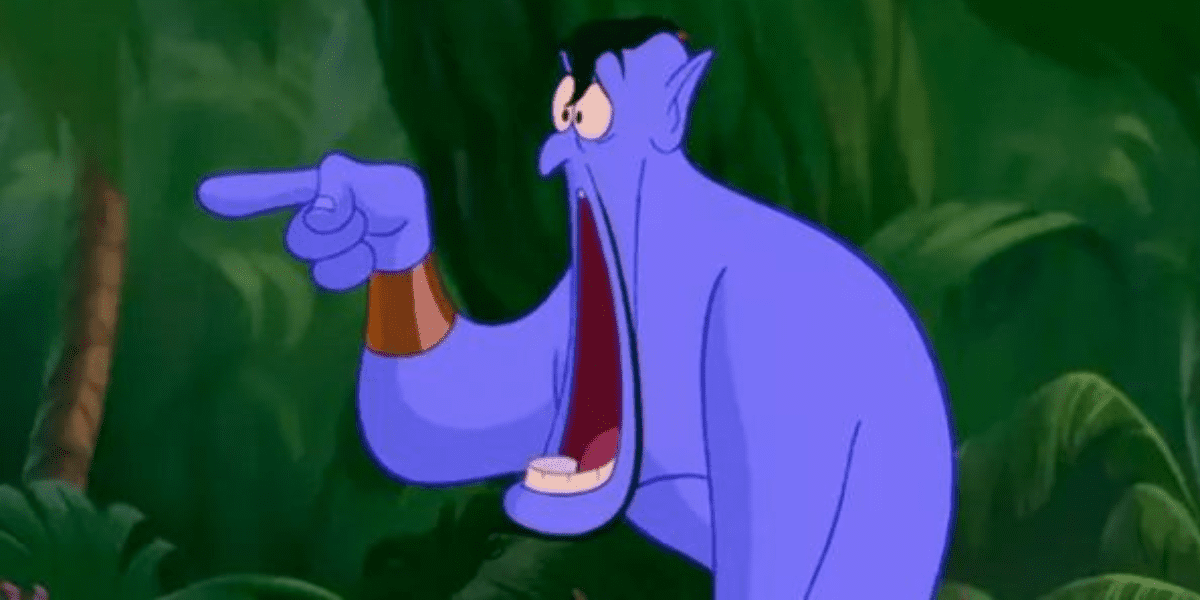 7. Tell One Story at a Time

Just as having too many content distractions can be overwhelming, having an unstructured and jumbled storyline tends to lead to a loss of interest among prospective audience members. It is important to weave a straight pathway with a well-sequenced storyline that is logical, chronological, and carefully organized. Do not deviate or go off on different tangents. Craft your story precisely, layering and structuring each scene or incorporating multi-faceted sequences if necessary. They should all work together to make up the bigger picture of the same all-encompassing story. 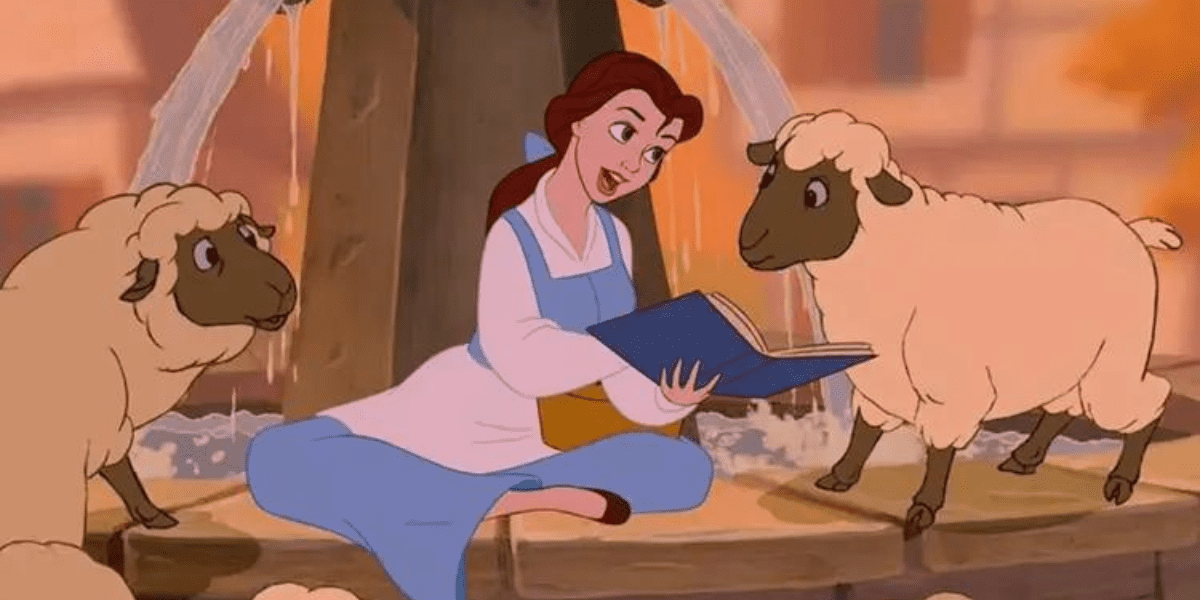 Related: Disney Publishing Shares a Glimpse into the “Magic of Storytelling”

In paving a straight pathway to your all-encompassing storyline, it is essential to have all your facts straight. Whether presenting a historically based attraction or one that is inspired by a work from Walt Disney Entertainment, all the included content needs to be accurate, with nothing contradictory or egregious appearing in the final product. 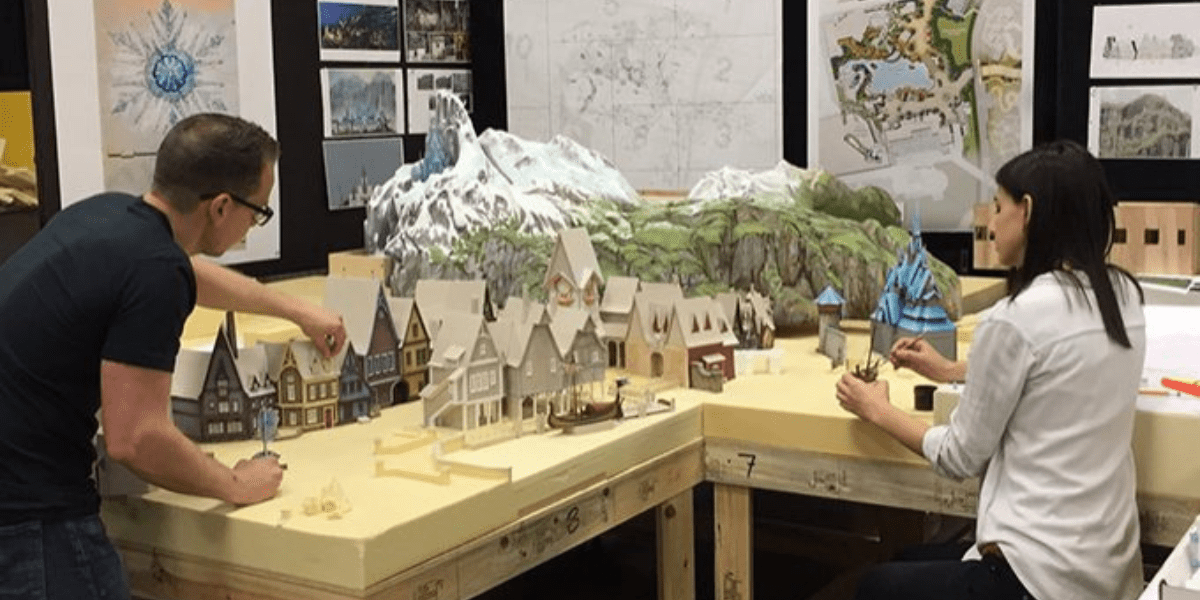 9. For Every Ounce of Treatment, Provide a Ton of Treat/A Lot of Fun

Walt Disney once stated, “You can educate people – but don’t tell them you’re doing it! Make it fun!” And that pretty much sums up the initiative behind the ninth commandment. It’s a matter of instructing Disney Imagineers to not only keep things interesting but to allow real opportunities to engage Guests as active participants in the experience that’s been created for them. And while doing so, they get to share in a whole new kind of fun. 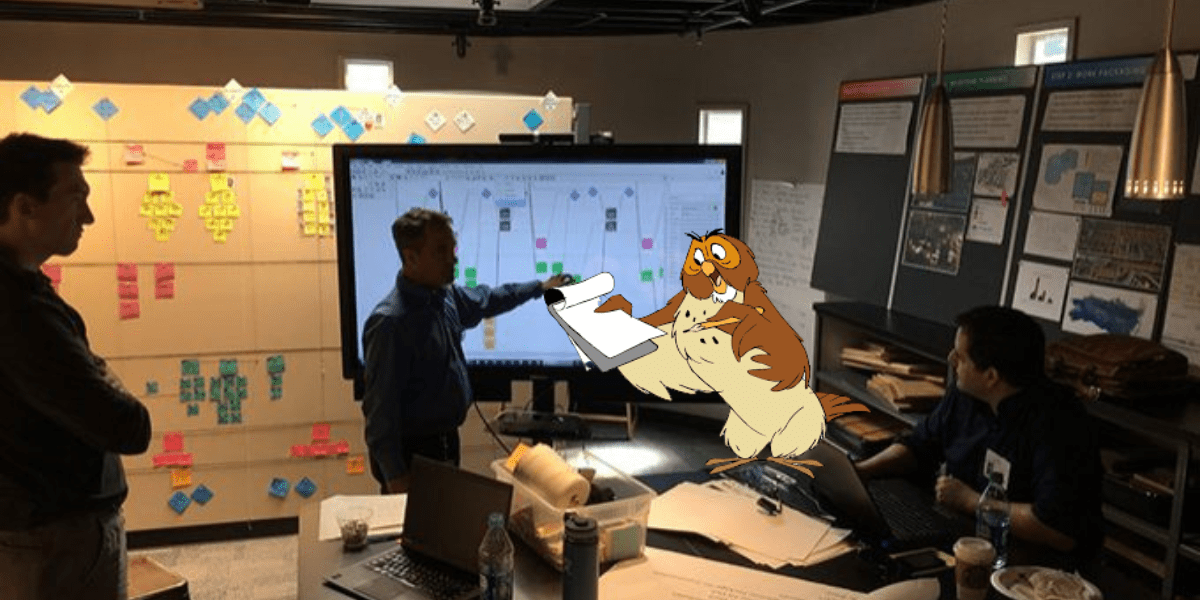 Whether you visit Disneyland Park, Walt Disney World Resort, or any other Disney destination, you will find a very well-maintained, well-kept place that’s always in working order. That’s just to be expected, so much so, that it’s even a key expectation for Disney Imagineers to strive for when structuring and designing different attractions. There’s the matter of keeping things clean and tidy, of course, but there’s also performing routine maintenance and making any updates and needed improvements along the way. Sometimes it also entails learning the overall theme park design and working a specific attraction accordingly, resulting in different components to what is essentially the same attraction but presented individualistically at various Parks. 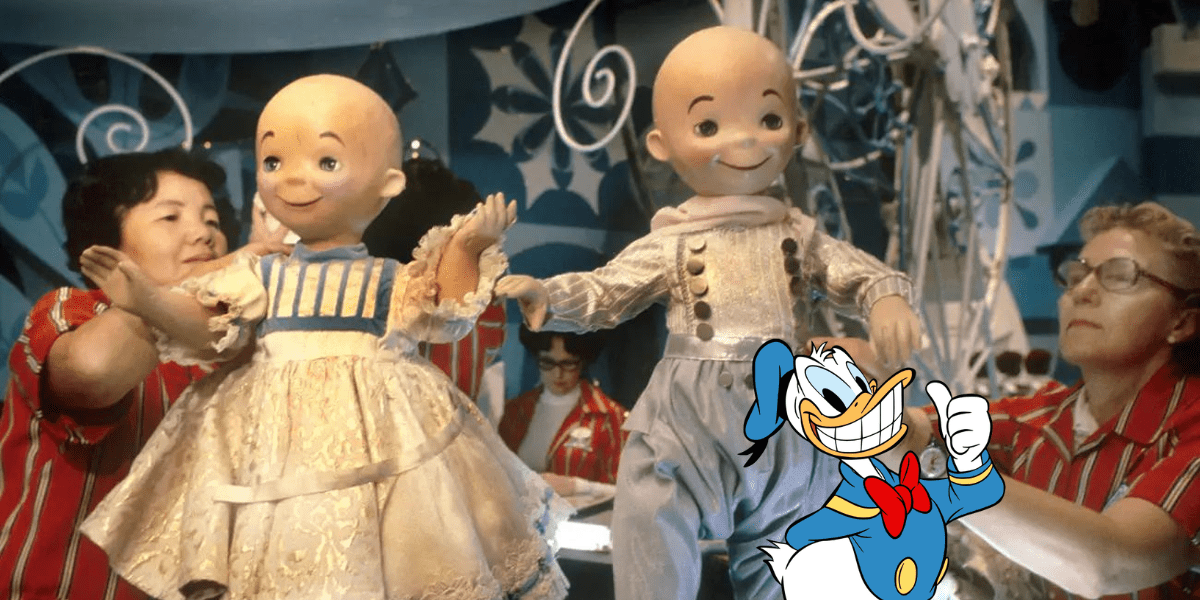 Related: The Truth About Why The Dolls in Disney’s ‘it’s a small world’ Have Hair That Grows

Disney Imagineers are exceptional in just about every way and in everything they do. This largely goes back to their constant adherence to these 10 golden standards, which were established so long ago and remain relevant to this day.