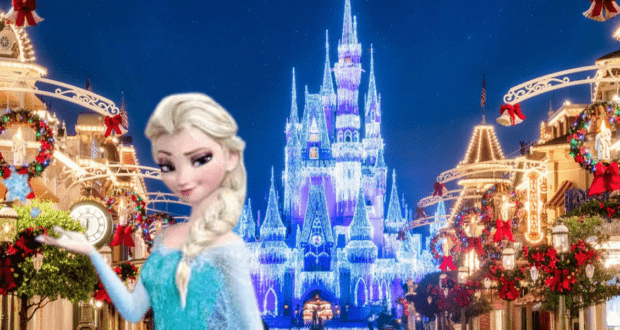 Reasons Why Disney World is Better in the Winter

If you’ve ever had the opportunity to visit Walt Disney World during the peak summer months then you know firsthand just how crazy things can get. By vacationing at what is one of the world’s most popular vacation destinations at what is also the most popular time to be going on vacation in North America, you’re guaranteed to run into your fair share of headaches and frustrations. You will have to contend with massive crowds of people at just about every turn, the sometimes all-too-stifling humid temperatures of Central Florida, and the ever-lingering weather threats brought on by hurricane season, which just happens to coincide with summertime vacationing in this region.

While taking a summer Disney vacation may be more convenient where most folks’ schedules are concerned, visiting Walt Disney World Resort during the winter months may just be the best time to go. Here are seven very convincing reasons that may convince you to book your next Walt Disney World vacation in wintertime.

Related: 10 Reasons Why Winter is the Best Season To Visit Walt Disney World

Whether you’re making your travel arrangements through the Walt Disney Company directly or you just happen to be going through a third-party travel agency, it’s no secret that winter travel rates tend to dip during those non-Holiday blocks of time—those dead times when nothing seems to be going on in the world. This is also true of many airlines with their constant ebb and flow of ticket costs. If you time your travel plans so that they do not coincide with the holiday rush, you may just luck out by scoring quite a couple of convenient deals. And from the Disney side of things, it’s also worth mentioning that this is around the time when Disney Resort specials are often released. 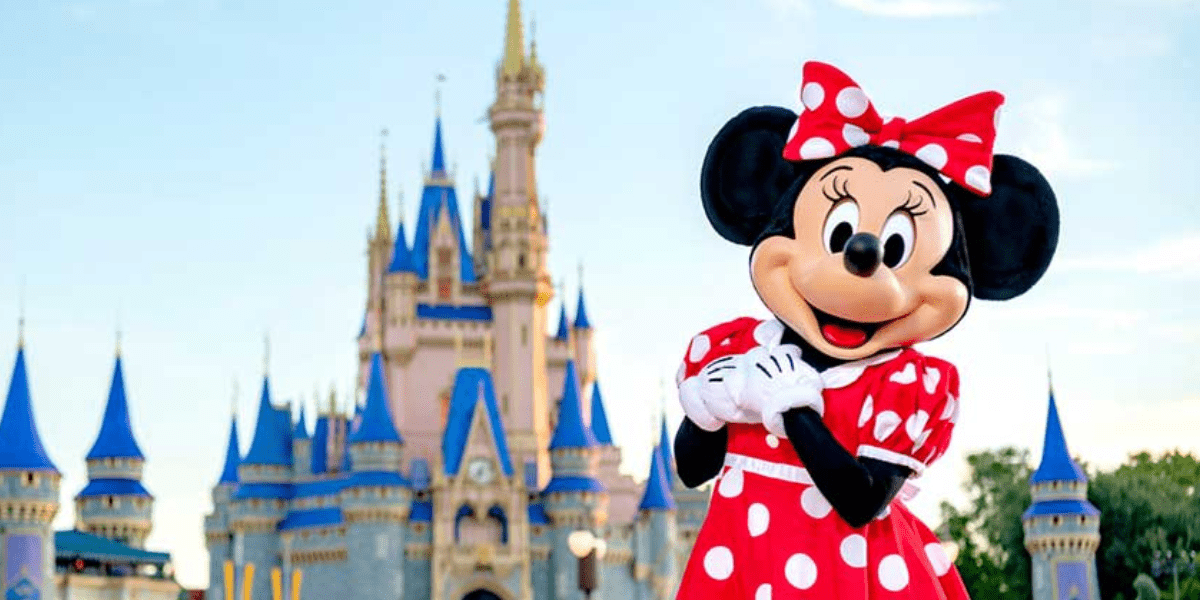 Related: A ‘Cheap’ Disney World Vacation Is Possible. Here’s How to Pull It Off

6. Less Crowds to Contend With

While it may be true that there is never a shortage of vacationers at Walt Disney World Resort at any given time of the year, it is a fact that there are significantly fewer families out and about during those leaner winter months (excluding those second-wind holiday blocks of time, like Thanksgiving, Christmas, and New Year’s). With most North American children back in school by September and Spring Break not really starting for most folks until March or April, this tends to be a great time to go, when there are all-around fewer clustering groups. Sure, you may have some retired couples on a getaway escape to Florida, and even some families from countries located in the southern hemisphere (where their summer coincides with our winter), but for the most part, there is a significant decrease in crowding on a whole. 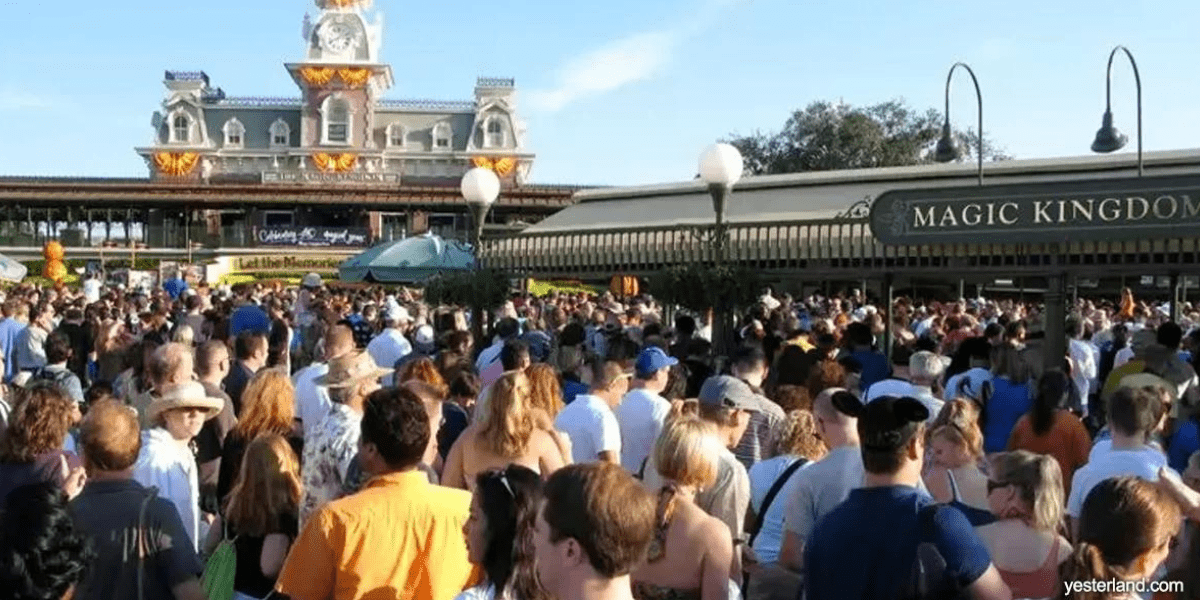 Because winter month visits to Walt Disney World generally result in less crowding and congestion, the outcomes are far more favorable where waiting in stand-by lines and queues are concerned. Whether it is your hope to experience the next big-deal Disney Park attraction everyone is raving about or getting the chance to meet and mingle with a beloved Disney Character, you’re pretty much guaranteed shorter wait times in all instances when compared to the same Disney experience as presented during peak times. And it’s not only theme park attractions; wait times are generally shorter across the board in all instances, including those times when you’re waiting in line to utilize Disney’s complimentary transportation services or you’re trying to checkout at a quick-service meal operation. 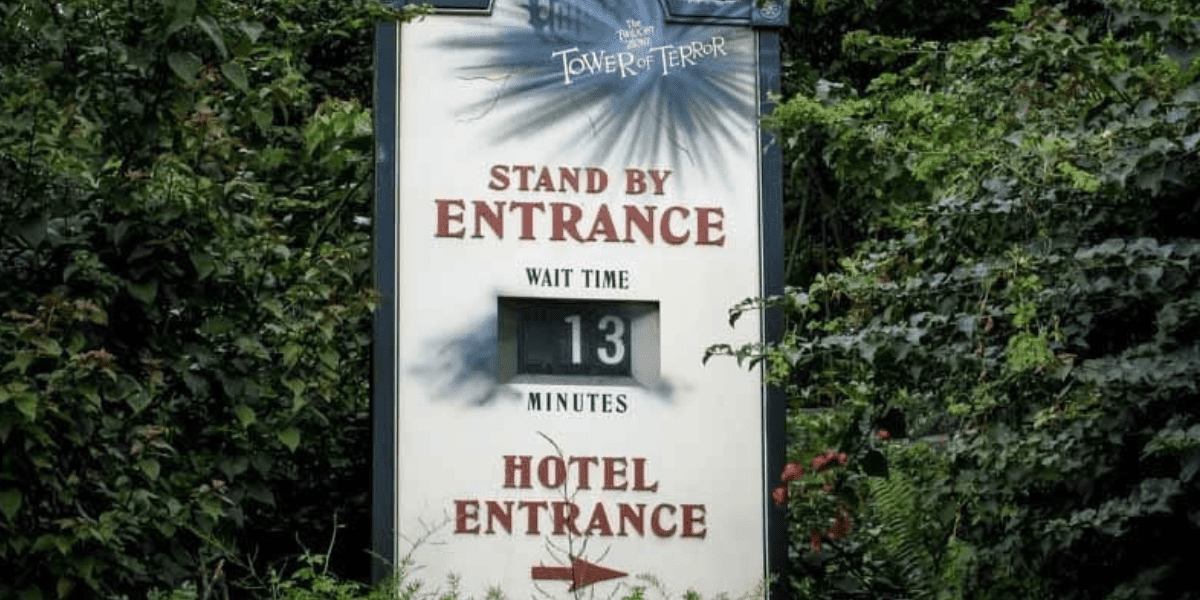 In continuation of how fewer crowds may benefit you during your visit is the fact that it may just be easier to score advance dining reservations to some of the harder-to-get-into venues. You know those high-demand establishments, like Cinderella’s Royal Table housed within Cinderella Castle over at Magic Kingdom Park, for instance. And then that overall elaborate dining scene presented at Disney Springs. There are just so many different options that would otherwise be difficult to get, and possibly off the table entirely during one of Disney World’s busier times. 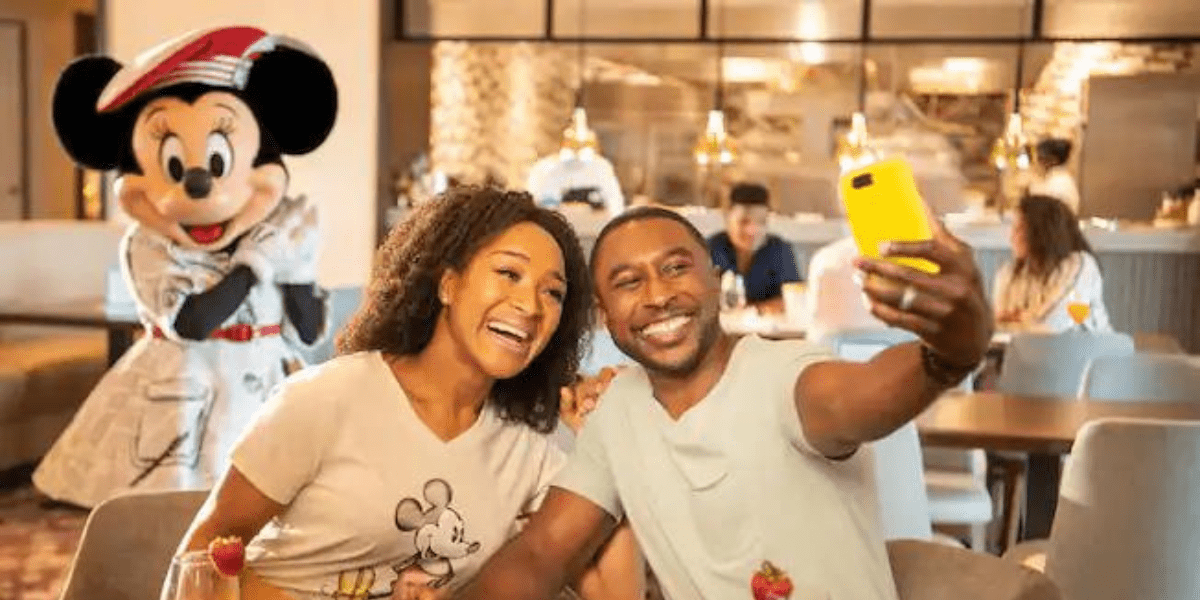 As referenced briefly beforehand, visiting any destination in the State of Florida during the summer months puts you at the mercy of hurricane season. In Florida, hurricane season roughly spans the month of May through November. So, if you play your cards right and plan your visit for some time during what is considered Florida’s dry season, you are guaranteed fewer instances of rainfall interruptions or the inconveniences that may arise in the event that Parks and Resorts need to close suddenly and unexpectedly due to dangerous weather conditions. 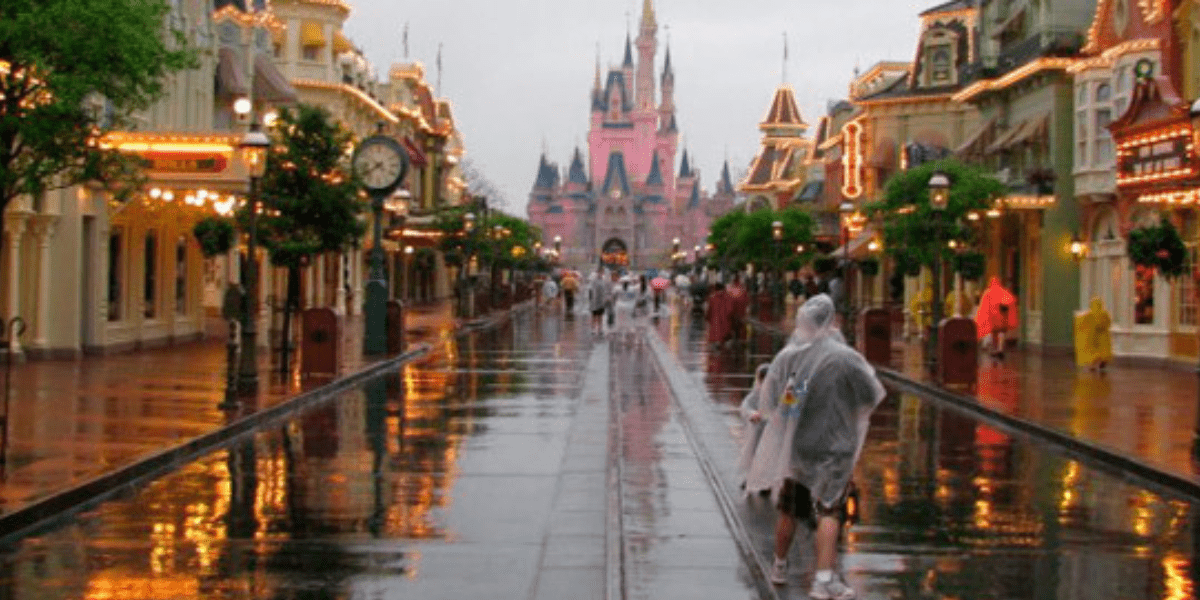 Related: What Happens When a Hurricane Threatens Disney World? Here’s What to Know

Avoiding hurricane season isn’t the only weather-based benefit of choosing to go on vacation to Disney World in the wintertime. It’s a well-known fact that Florida boasts some of the mildest winters throughout the Continental United States, making it an ideal escape for those who hate cold weather. And by the same token, folks who cannot take the harsh heat and humidity of Disney World weather in the summer may find a winter excursion far more suiting. On average, winter temperatures in the Central Florida region tend to hover somewhere within the ballpark of the 70s Fahrenheit. Of course, there are occasional dips that may plunge all the way down to the 40s and 50s (particularly in the evening hours), but for the most part, Florida in the winter is comparable to the concept most folks have of a typical spring or autumn day. And as for swimming, you can still do that at Disney World any time of year, for the most part, especially considering the fact that Resort pools are all heated and kept at a constant 82 degrees. 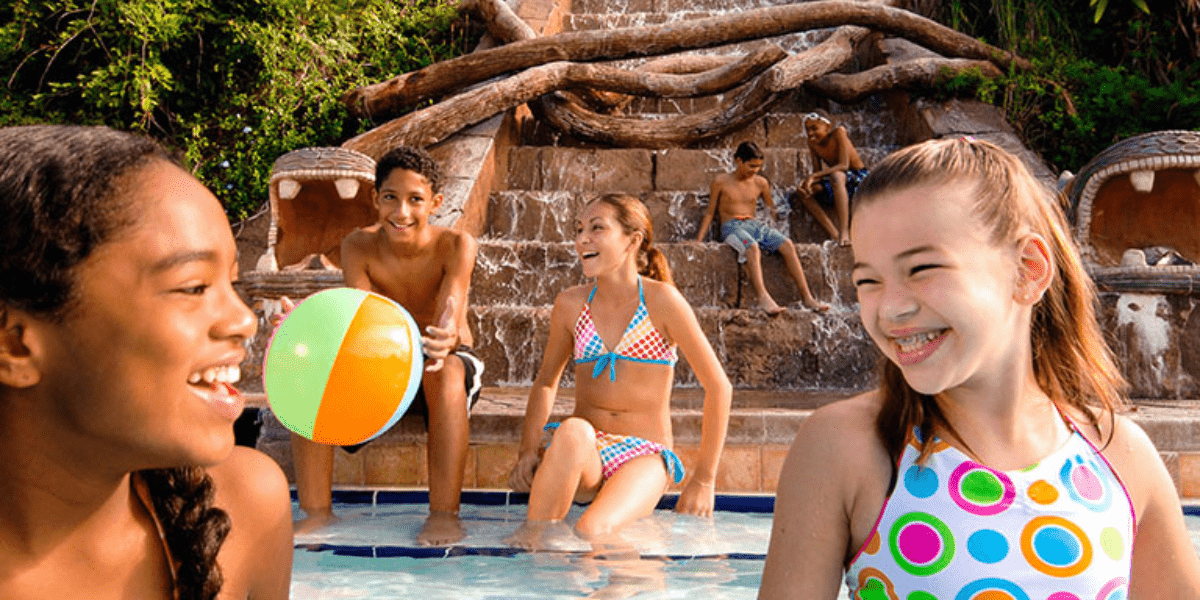 Related: The Craziest Weather to Ever Hit Disney World

Again, there are various times during the winter months when crowds do tend to increase at Disney World. Such instances occur in tandem with the holiday season when more folks are traveling due to being on break from work and school. But at Walt Disney World Resort the holiday season spans longer than just those times directly related to the main events on the calendar. In fact, holiday decorating tends to occur much earlier in the year here, with Halloween and Thanksgiving décor arriving right on the heels of summertime, and Christmas transformations following immediately afterward. That means you can enjoy all the lights, Christmas Tree wonders, and other decorations on Main Street, U.S.A., or the international holiday callouts over in EPCOT long before the holiday rush. And it’s simply a beautiful time to enjoy such spectacular wonders at that. Mickey’s Very Merry Christmas Party, a special ticketed event at Magic Kingdom Park, starts in early November. That means you can enjoy holiday magic at Disney World early on. Do take note, though, this event does fill up fast, so book early. Whether you do or don’t, with all the holiday shoutouts in full swing, it only adds even more magic to the prospect of visiting Disney World during the winter months. 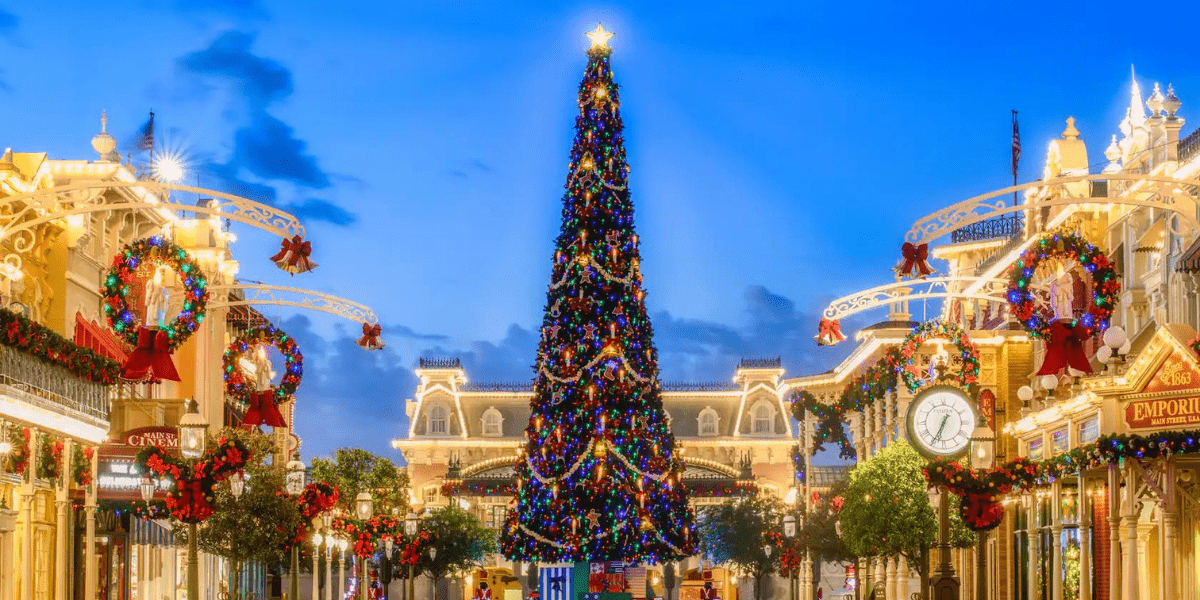 Going on vacation to Walt Disney World Resort can be a magical experience at any time of year. But there are definitely benefits to timing your visit in coordination with seasons or events that may be of extra interest to you. And it cannot be denied that a wintertime getaway to Disney World is sure to warm your heart immensely.