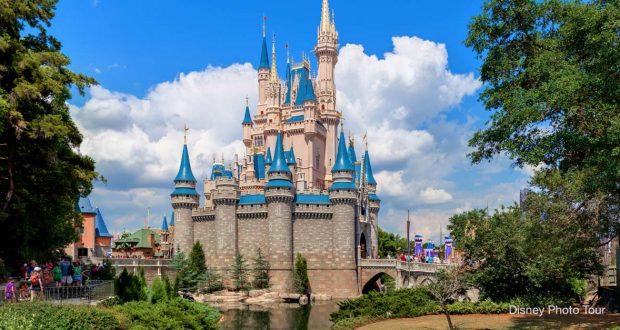 Most families plan their Walt Disney World vacations during the summer months. With kids out of school, it can be the best time for many people to go. But there are some real advantages to avoiding those popular summer months and making a winter visit to the House of Mouse. Here are a few of great reasons to make your next visit a winter vacation.

If you’ve ever made a summer visit to Walt Disney World, you know that central Florida can get really hot and really humid. The heat becomes a major factor in your visit, with hydration, air conditioning, and frequent breaks being necessities. And the afternoon thunderstorms and soaking rains are all too familiar. Imagine visiting when the weather is a pleasant and the chance of rain is very low. Even a chillier day that requires a jacket is a nice change from sweating in the summer heat.

Do you live someplace with cold, snowy winters? Wouldn’t it be nice to take a break and get away from the ice and sleet for a week? Chances are, a winter Walt Disney World vacation will be pleasantly warm, with no snow to scrape off of your car or need for heavy winter coats and boots. What a relief! Be aware, however, that it CAN get quite cold in Orlando. Be sure to check the weather forecast and be prepared, but typically the January highs are in the low 70s and lows are in the mid 50s.

If you visit during November or December you’ll get a chance to experience the holidays at Walt Disney World. As you can imagine, Disney goes all out for the holidays, with incredible lights and decorations. In addition to the spectacular holiday decorations found in the four theme parks, the Resort Hotels will also be decorated to the nines. If you’ve planned an off day in your holiday vacation it’s fun to resort hop and see the décor unique to each resort hotel. If you need to do some last-minute holiday shopping visit Disney Springs, which will also be fully decorated.

The Holidays at Walt Disney World are truly spectacular. There are many special events to get you into the Christmas spirit, Disney style. You can get tickets for Mickey’s Very Merry Christmas Party at Magic Kingdom, and see the special Christmas parade and the Holiday Wishes fireworks show. At Epcot you can check out holiday traditions and decorations from around the world at World Showcase. Stay into the evening for the moving Candlelight Processional, which features the Voices of Liberty Choir, student choruses from around the country, and a celebrity narrator. Enjoy yummy holiday treats at all of the parks and hotels. There is plenty of Disney Holiday Magic to go around!

While the week of Thanksgiving and the two weeks surrounding Christmas have some of the highest crowd levels at Walt Disney World, much of the rest of the winter is relatively quiet. Late January has historically seen the lightest crowds of any time of year. Shorter wait times, easier navigation around the parks, and a generally more relaxed atmosphere are all advantages of less-crowded seasons. Pay attention to the calendar, because a few holiday weekends and special events will make things a bit more crowded. But you’re unlikely to see the crush of people you do during the peak summer months.

Because much of winter is the “down season” for the Disney Parks, you can often get really great deals on Resort Hotel rooms. Disney wants to encourage more visitation during the quieter months, so you’re likely going to see reduced rates and special package deals during January and February. Be sure to inquire about these specials when you book your winter vacation.

Fewer people at the parks means fewer people making dining reservations. That means you’re more likely to get that coveted meal at Cinderella’s Royal Table or La Cellier. It’s always best to plan ahead and make reservations as early as possible, but you won’t be facing nearly the competition for times as you will for a summer vacation. Keep in mind that Thanksgiving and Christmas weeks are very crowded, so you’ll want to make any reservations during those times a full 180 days in advance.

Another benefit to the low-crowd times at Walt Disney World is the package deals that I mentioned earlier. If you’re visiting in the winter months, excluding the holidays, Disney has historically offered free Disney Dining Plans with a stay in a Resort Hotel. The dining plan can save you a lot of money even when you’re paying for it, so getting it free could really reduce the cost of your vacation. Be sure to ask about these deals when booking your hotel.

Recently, Walt Disney World has started tiering ticket prices for their one-day tickets, with higher priced tickets during the peak seasons (like summer) and lower prices during the off-peak season. If your Disney visit is going to be a brief one, you can save more than $15 per ticket by going during a low crowd time, which includes late January and early February.

Is there a runner in your family, or do you just enjoy cheering on runners during a race? Then a RunDisney event is for you. Since central Florida is so hot in the summer, most of the RunDisney events at Walt Disney World are held between November and April. There’s nothing quite like running a race through your favorite parts of Walt Disney World, being cheered on by your favorite characters! Whether you’re into classic characters, Star Wars, or princesses, there’s a race for you. Not up for a full marathon? Shorter distances are available all the way down to a manageable 5k, and even fun runs for kids. Disney-themed running apparel is popular, and the medals are very collectable. Check out the RunDisney website for more information about specific races and dates.

Winter is a great time to visit Walt Disney World, whether to see the magic of the holidays at Disney or to take advantage of the off-peak season benefits. Think about winter for your next Disney vacation. But no matter what, there is no bad time to visit the Happiest Place on Earth!

Laurel took her first trip to Walt Disney World when she was only 18 months old and hasn’t stopped visiting since. Now she enjoys taking her own twins and husband as often as she can. And don’t tell the boys, but sometimes she goes without them, too.